Maria Cristina Mariani Dameno, whose married name was Boeri and who was known to the world as Cini Boeri, passed away on Wednesday, September 9 in Milan. Aged 96, she had a long career as a planner and designer behind her. In 2014 SpazioFMGperl'Architettura, the gallery in Milan operated by Iris Ceramica and FMG Fabbrica Marmi e Graniti, held an exhibition of her work entitled “Progettando la gioia”, “Designing Joy”, because, as she repeatedly stated, her projects were intended to "help other people and ourselves to live better". 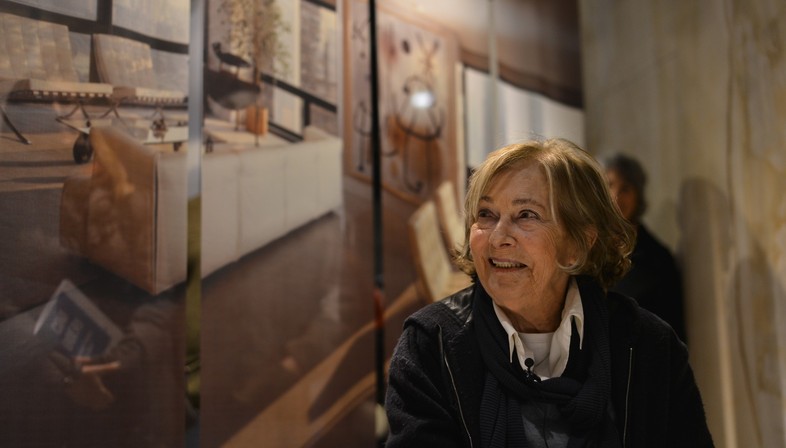 On the same day as the presentation of this year’s Compasso d'oro awards presented in Milan, an important protagonist of the Italian Style who won the important international design award twice in the course of her long career passed away in the same city: Maria Cristina Mariani Dameno, whose married name was Boeri and who was known to the world as Cini Boeri.
Born in Milan in 1924, “La Cini” was a messenger for the Resistance movement during the war and graduated from Politecnico di Milano in 1951. She worked in Giò Ponti’s studio at first, and then for many years with Marco Zanuso. She worked and rose to success as an architect and designer at a time when it was particularly difficult for women to make a name for themselves in architecture and design in Italy, or indeed anywhere in the world. In 1963 she opened her own professional practice and began signing her own projects in Italy and abroad in a variety of fields of architecture: single-family homes (such as Casa nel Bosco, built near Lake Maggiore in 1969, or Casa La Sbandata in La Maddalena in 2004), apartments (such as the “ Apartment on three levels” built in Milan in 2006), museum installations, offices and shops. All true to a concept essential to her vision of architecture: “designing in response to the human scale and people’s needs”, as a result of her strong focus “on the study of the functionality of space and people’s psychological relationship with their environment” (Cini Boeri, “Le Dimensioni umane dell’abitazione” - The Human Dimensions of Living, Franco Angeli, Milan 1980). Her industrial design projects are now on view in international exhibitions and museums, including the Bobo sofa (1967), the result of her long partnership with Arflex, followed by Bobolungo, Boboletto and Boborelax, the Serpentone infinite sofa (1971), the Talete table (1976) and the Double face revolving bookcase (1980); she designed the Lunario table and the Gradual sofa system for Knoll in 1970; in 1987 she designed Ghost, a transparent chair, for Fiam. Many of her projects have won her fame and prestigious international prizes, such as the Strips[3] sofa designed in 1968 for Arflex, winner of the 1979 Compasso d'oro award, on exhibit in the permanent collection of the Triennale in Milan. Her CIBI collection designed for Arnolfo di Cambio in 1973, was made famous by a number of scenes in Ridley Scott’s film Blade Runner, in which the hero Deckard, played by Harrison Ford, sips whisky in the glass Cini Boeri designed for the collection.
Projects she created to improve the lives of her clients and the users of her products, meant to be “used” rather than “owned” because they were tools for improving the quality of everyday life, “... I would like my projects to offer the best my client could want”. Cini Boeri repeated this concept on many occasions, including the monographic exhibition of her work entitled “Progettando la gioia” held in 2014 at SpazioFMGperl'Architettura, the gallery in Milan operated by Iris Ceramica and FMG Fabbrica Marmi e Graniti, curated by Luca Molinari and Alessandro Benetti.
The architect explained the meaning of the exhibition’s title: ““designing joy” means helping other people and ourselves to live better. [...] a project always tends to propose something new, and if this something new is good, and corresponds to “what we want”, it can produce joy”. 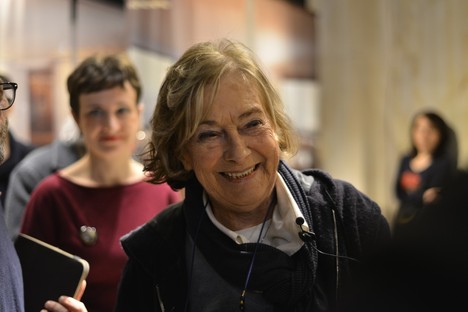 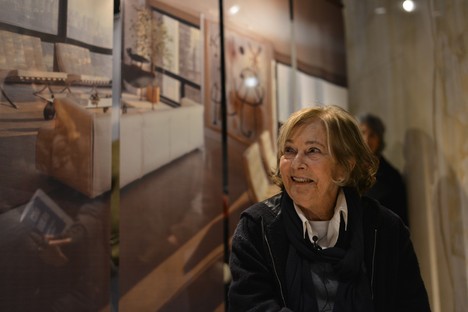 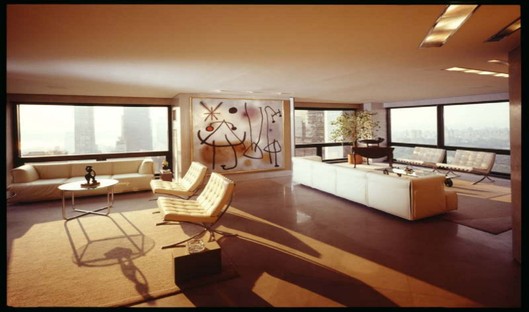 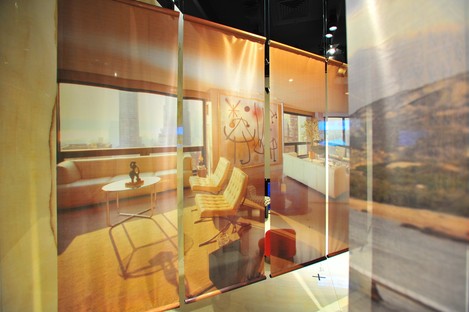 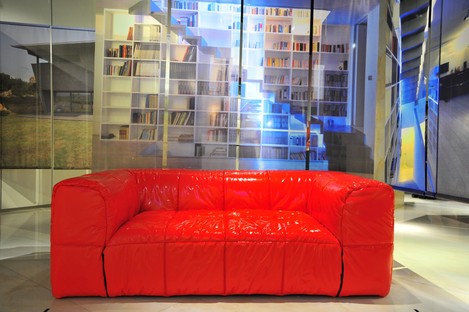 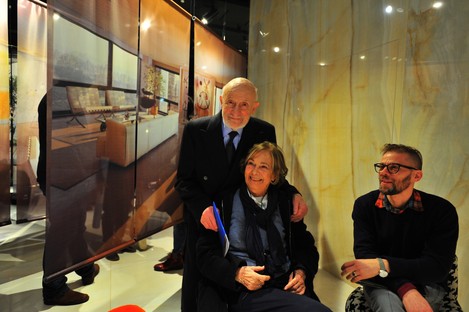 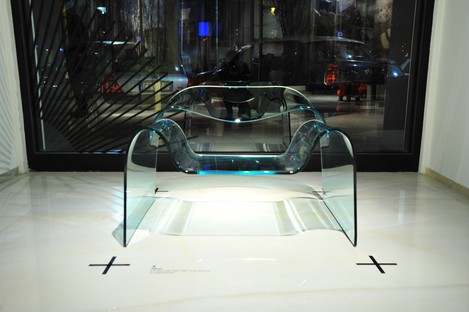 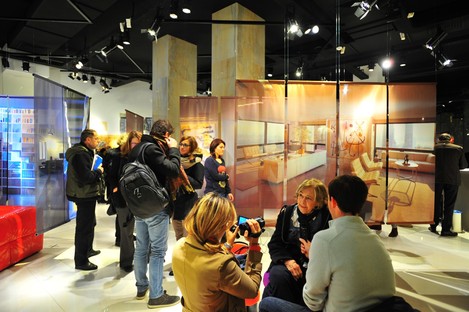 Filippo Pagliani and Michele Rossi for The Architects Series - A documentary on: Park Associati