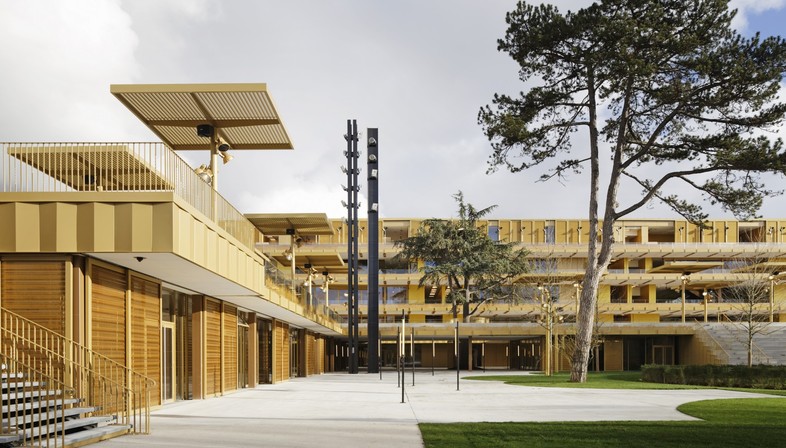 Modular, innovative and versatile are the three adjectives architect Dominique Perrault used upon unveiling the renovated Longchamp Hippodrome in Paris on April 29, returned to horse-racing fans and the general public after two years of hard work. Dominique Perrault, winner of the design competition on invitation held in 2011, planned the renovation of the facility in Paris’s Bois de Boulogne, which has been given a new name: Paris Longchamp, rather than just Longchamp, for the “temple” of horse-racing renowned in France and all over the world that is home to the Prix de l’Arc de Triomphe, an event attracting 60000 spectators. Depicted in famous paintings such as Manet’s “The Races at Longchamp”, the hippodrome is now ready to meet the challenges of today’s events and resume the key role it has played in Parisian life for 160 years, ever since it was first inaugurated on April 27, 1857. 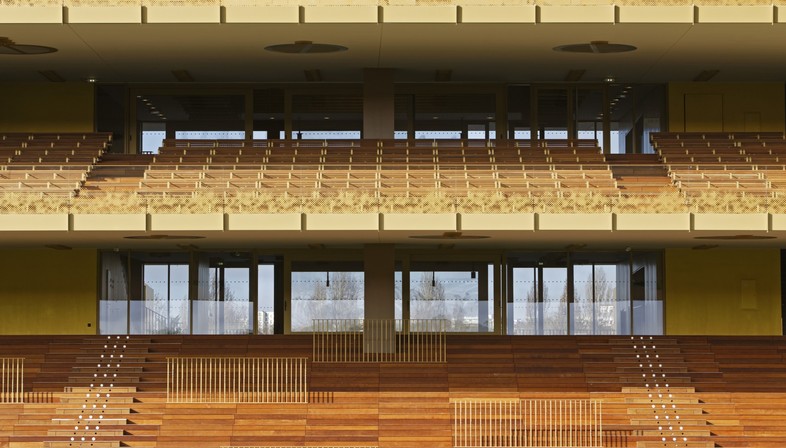 This is not the first time the Paris hippodrome has been renovated. The original wooden stands, for example, were restored after the Franco-Prussian war of 1870 and then completely replaced in stone in 1904. Dominique Perrault’s new project involved demolition of the stands built in 1962/64, replaced by a single, more compact and functional stand. A number of additional small service buildings in the area have been demolished, replaced by new pavilions, and the hippodrome’s historic buildings have been renovated. Inspired by the image of a galloping horse, the architect designed stands made up of overlapping planes oriented in different directions, creating a platform offering breath-taking views of the racecourse and panoramic views of the city on the other side. Terraces, corridors, transparencies, open stairways: every element of the design offers spectators and users panoramic views of the hippodrome, with privileged views of the parade ring and the racecourse itself. Dominique Perrault speaks of fluid architecture in which spectators can move about freely while observing the stables and the racecourse. 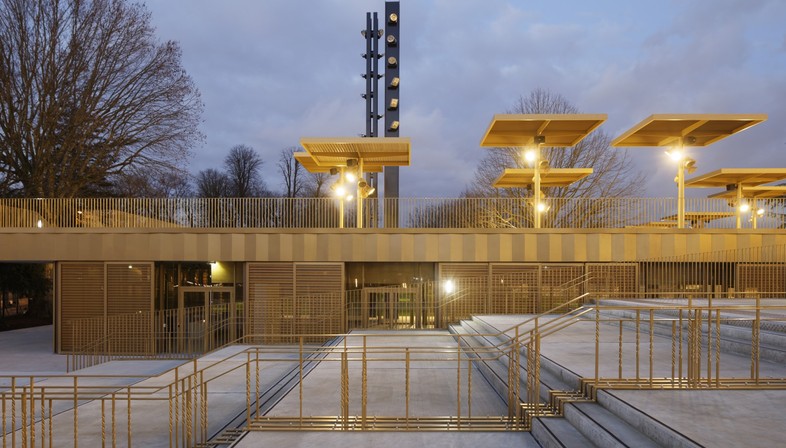 Dominique Perrault focused on a number of key points when presenting the project, speaking of an emblematic architectural project that can be adapted in response to future developments and of landscape design. The hippodrome is located in the middle of one of the most important parks in Paris, the Bois de Boulogne, and so it was important to ensure that the landscape design took into account both the history and architectural heritage of the hippodrome and the natural setting of the park, particularly the compositional set-up designed by Alphand in the 19th century. Thus concealed in its natural setting, the hippodrome offers spectators all the charm of an old-fashioned garden party with all the comforts of today. The project also serves as an ecological model for sporting facilities of this kind. It is in line with the Paris climate accord and equipped with active and passive technologies for saving energy and promoting energy self-sufficiency in buildings (photovoltaic panels, geothermal heating system). 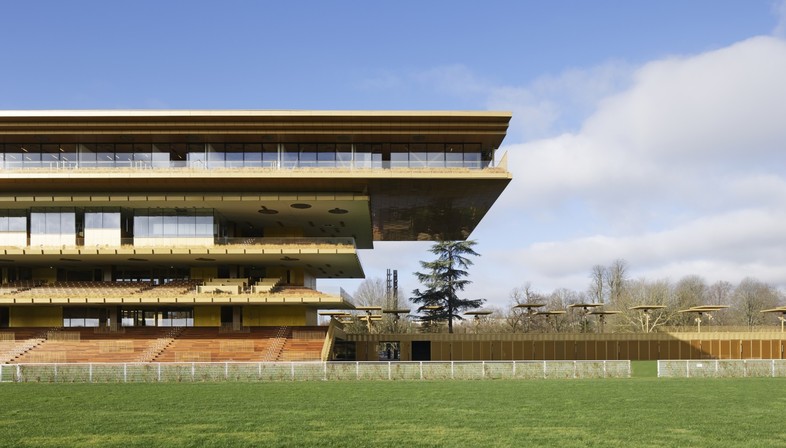 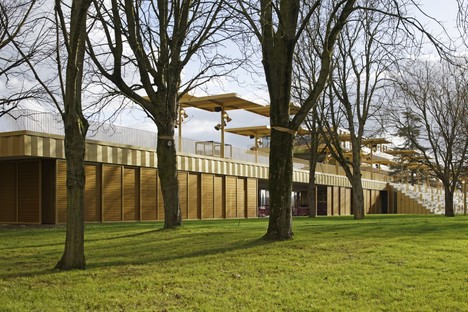 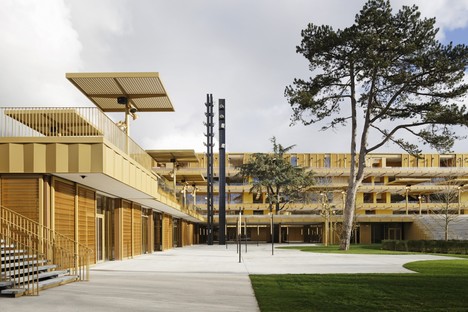 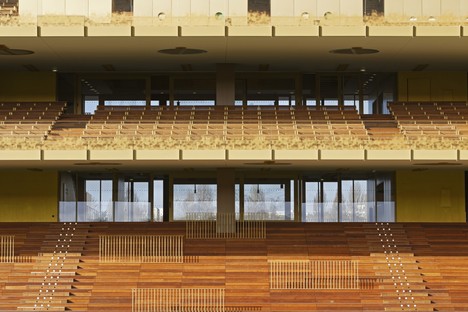 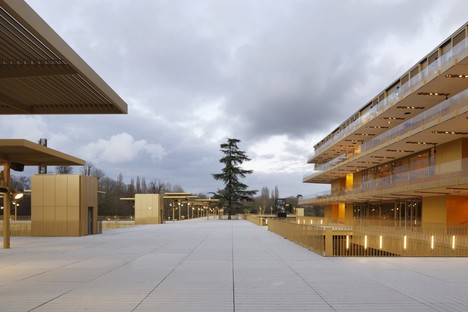 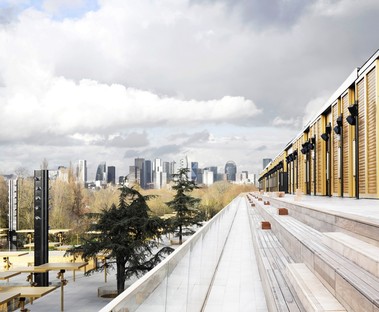 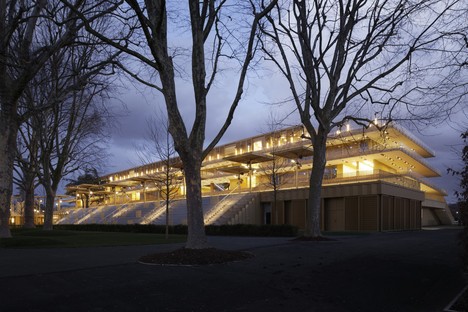 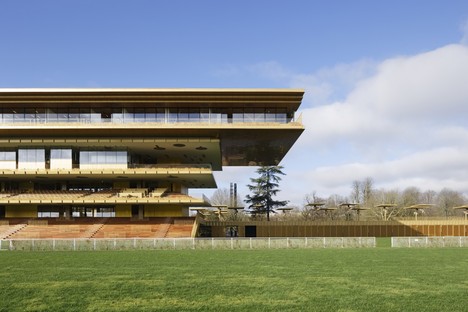 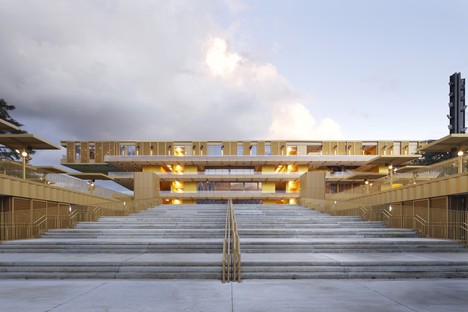 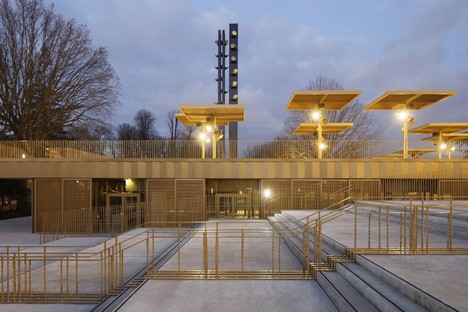 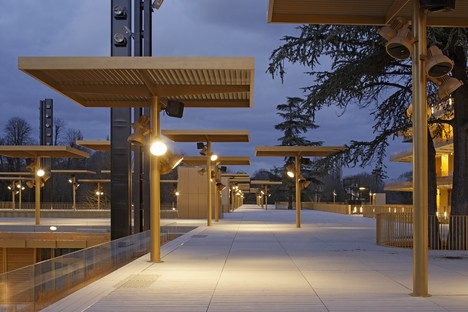 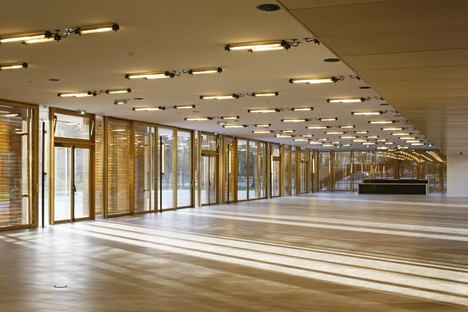 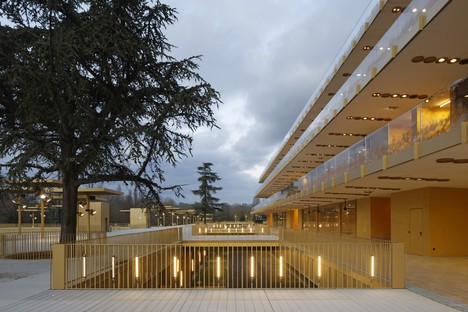 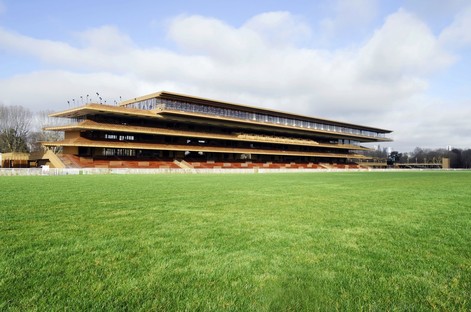 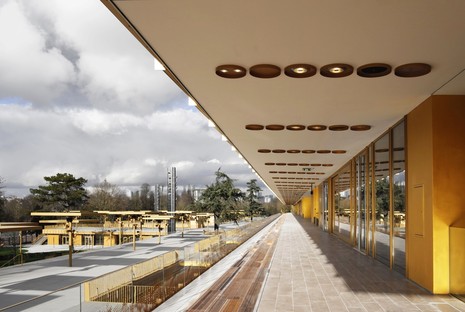 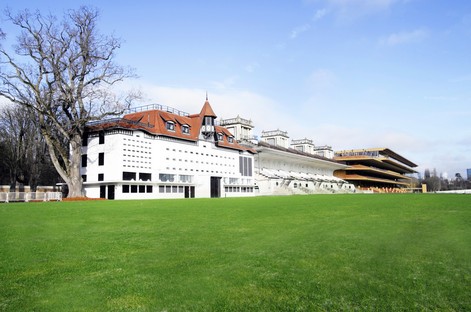 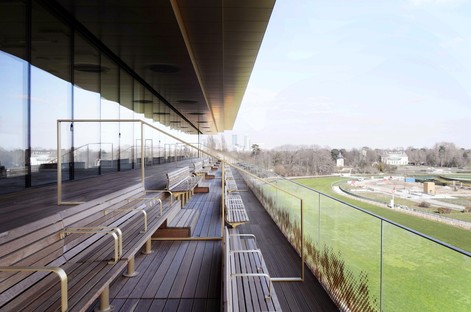