Spring in Bologna is all about architecture: from March 21 through June 21 the Order of Architects presents the first edition of Disordine, a series of architecture events in the city. Iris Ceramica is the event’s main sponsor. 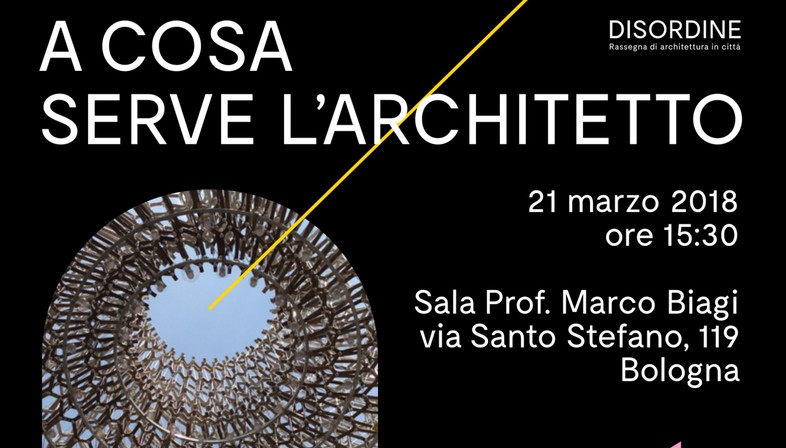 Comedian Alessandro Bergonzoni’s increasingly popular puns pay homage to architects and introduce a number of the themes of Disordine - Rassegna di architettura in città, (“Disorder: Architecture events in the city”), a calendar of events organised by the Order of Architects of Bologna with the support of Iris Ceramica, confirming the company’s focus on cultural initiatives for the world of architecture.
Throughout the Spring, from Mary 21 through June 21, a wide-ranging calendar of events featuring exhibitions, meetings, seminars, workshops and guided tours will bring architecture professionals directly into contact with citizens, local authorities and other key players working in the area in a series of events which, as the Order of Architects points out, aims to “underline the importance of the profession of Architect as added value for the common good”.

The meetings focus on a number of issues of interest to citizens and civic society which architects must address: responsibility, quality, environment, dwelling, legality and the civil guard. The figure of the architect is the topic of the first of six meetings, inaugurating the series on March 21. The title “A Cosa Serve L'Architetto _ Etica e Qualitá” (“What the Architect is For: Ethics and Quality”) states the intention of conveying to citizens, and reminding architects themselves, of the profession’s role and added value. The meetings that follow every two weeks address issues such as achieving quality in the city through the virtuous tool of design contests, the essential role played by the civil guard in Italy, the new types and models of contemporary dwelling, new uses for property confiscated from the mafia and architects’ commitment to these areas, and collective responsibility for sustainable development in the cities of the future. 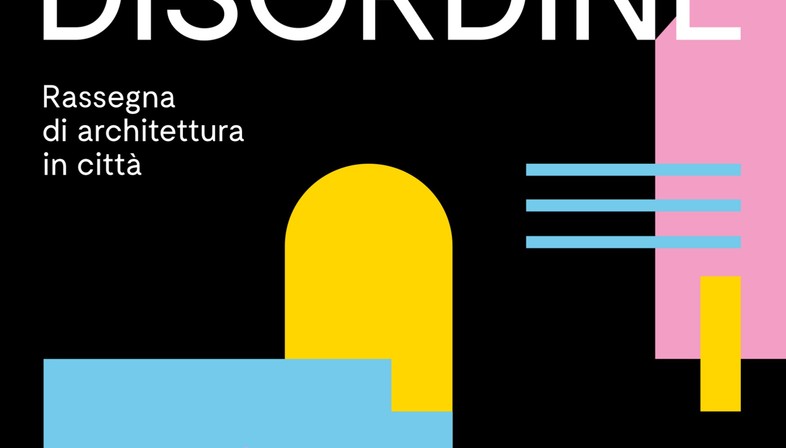 March 27 saw the inauguration of a series of seven exhibitions entitled “I progetti degli architetti di Bologna incontrano le persone, in giro per la città” (“Projects by the architects of Bologna meet people in the city”). Each event is introduced by a talk with important architects and members of the cultural community. The exhibitions are divided into categories by type, permitting citizens to discover projects built by architects registered in the Order of Architects of Bologna since the year 2000. The travelling exhibitions will be set up in Coop bookshops in a number of locations in the city, ending up at FICo, the world’s largest food and agriculture theme park, located in Bologna. The themes addressed are public buildings, public spaces and landscapes, public and private homes, offices and industries, restoration and reuse, interior architecture, retail projects and installations.
A number of other exhibitions will be held in parallel: Architettura Arco Alpino, (Architecture of the Alps) presenting twenty-two contemporary architectural projects built in the Alps, between Piedmont and Friuli Venezia Giulia; Changing Architecture, a selection of projects promoted by the Order of Architects of Sicily offering examples of how architecture can change its context and add to its intrinsic value. Throughout the series, from March 21 through June 21, the public will also be able to participate in “guided city tours” in discovery of Bologna’s modern and contemporary architecture, how the city has changed and the people who have made it all possible. 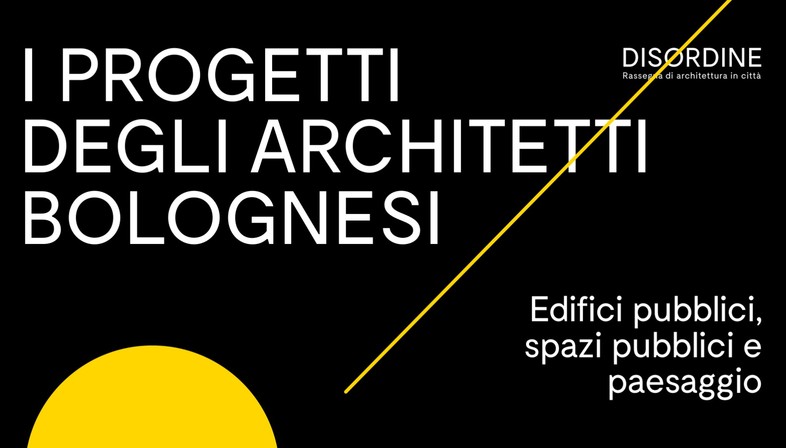 The series will be completed with two cocktail parties with discussions of contemporary architecture, environment and a sustainable future held at the Serre dei Giardini di Margherita, and on May 18 and 19 the Disordine series will join forces with an initiative organised by the National Council of Architects in which Italian architectural studios open their doors to the public for exhibitions and events. 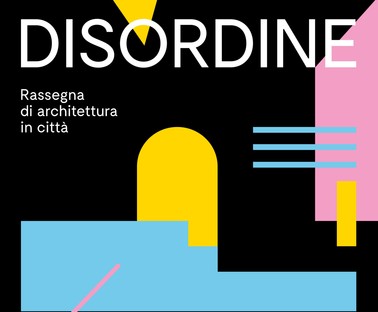 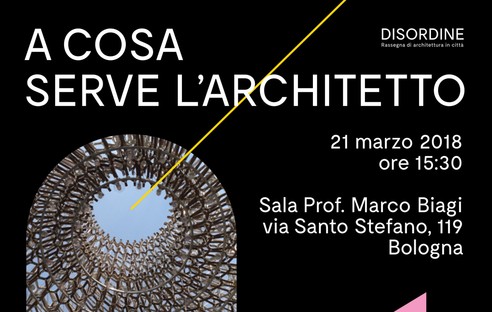 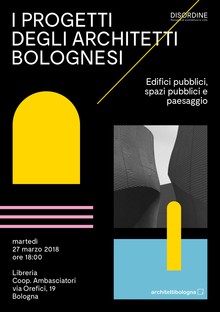 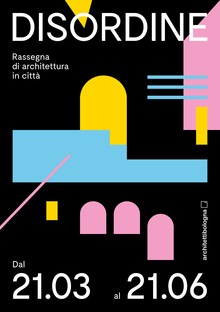 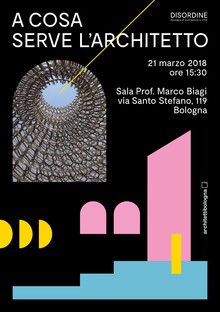 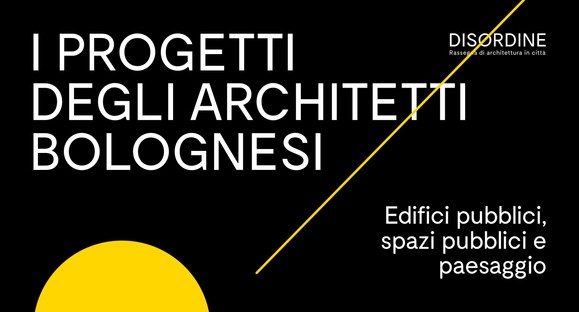