“We have to design environmentally conscious buildings and cities to meet today's needs without compromising the future generations’ needs”— Alessandro Melis, Heliopolis 21 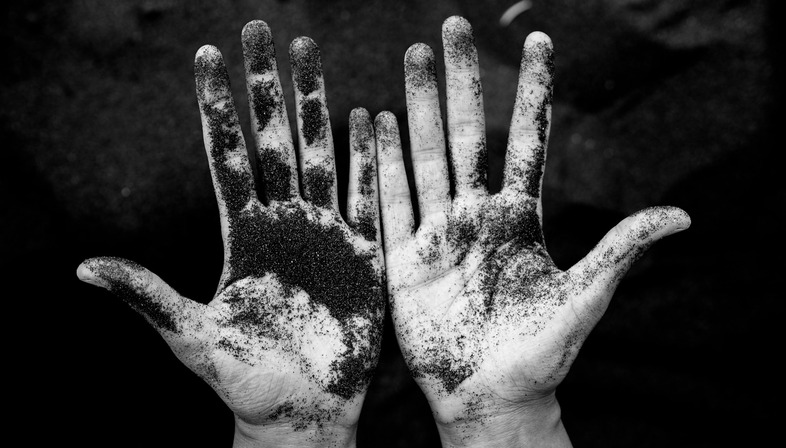 We are living in a period when, never as much as now, due to our impotence to stem or arrest global catastrophic phenomena, our presumptuous attitude of omnipotence and conviction of undisputed superiority in the universe are seriously undermined.  There is an Australian philosopher, Toby Ord, who claims that humanity is currently in its adolescent stage, “a treacherous period when strength and desire outpace wisdom and self-control, and when one’s future life seems remote and unreal”. Considering, as fossil record displays, that the typical survival time for a mammalian species is one million years, according to these calculations, humanity today would be sixteen years old, unfortunately, without, as usually happens, parents or older siblings, who can offer advices. If we could avoid being "ruinously short-sighted or grotesquely narcissistic", just like our 'adults - young ' very often appear to be, we would not risk losing prematurely a potential worthy of being preserved. And he continues: “just as our early forebears, huddled around some Paleolithic fire, couldn’t have imagined the creative and sensory experiences available to us today, we too, are ill-equipped to conceive what is possible for those who will follow us”. Convinced that we have barely begun the ascent, he expresses, with deep concern, how disappointing it would be that “this single species of ape, equipped by evolution with this limited set of sensory and cognitive capacities, after only a few thousand years of civilization, ended up anywhere near the maximum possible quality of life". It would be a very bitter ending, not because we are so great, as we believe, but for the fact that we would lose the possibility of building a bridge towards something far greater.

There are mistakes that we have made, which in part seem to have been understood and, if we do not repeat them, we will have the chance to remedy and perhaps even elude those predictions that proclaim the end of our species. It is our responsibility and obligation to ensure a different and perhaps better reality for generations to come. To do this, we don’t have to break with the artificial world but to invent new narratives, making use of the technology as an aid, acting in a conscious and ethical way towards an environmental urgency, and trying to benefit both the economic and social-cultural sectors, embracing the long-term consequences that obviously need to be considered. 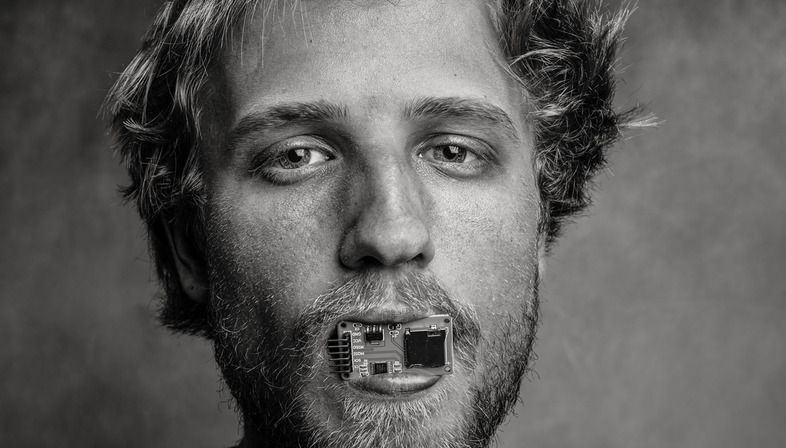 Automation has existed for many years and in many cases has alleviated tiring and repetitive jobs, as the reorganization of paper and archive deposits, dangerous actions, as moving and lifting heavy or bulky loads, providing man with more free time to dedicate to more creative activities. However, we must recognize that robotics has reached an ever greater presence in our lives and this phenomenon is raising a lot of alarm in the workplace in those who fear to be soon replaced. The progressive evolution and relevance of this medium invites us to reconsider the relationship with the machine in a perspective not of antagonism but rather of collaboration. There is a long diatribe, fueled by the juxtaposition of these two aspects, which, instead of taking into consideration the opportunity to adequately improve the know-how of those who will have to cooperate with machines, has almost always rejected the idea of a mediation. A change of attitude should certainly be contemplated: re-specializing and updating skills, that become obsolete in a very short time, is a fundamental prerequisite for not being excluded but able to dominate more complex situations, making available the required technical specialization to new professional figures. A lifelong learning will have to substitute traditional training in order to be always updated with the irreversible dynamism of the technological innovation process.

Two trends emerged: in Italy the reactions provoked by a certain technophobia can perhaps be equated with those supporting this important digital metamorphosis. Against the forecast of reaching in the near future a City of Singularity, dominated by super intelligence, AI, that promises us the unification of virtual and real in a soulless environment, where machines, in total, unbridled sovereignty dictate human behavior, engineers and scientists are committed to maintain a scenario of tomorrow under human control. Trying to escape the dramatic consequences envisaged by certain visionaries, belonging to the field of science fiction, they dedicate all their efforts to the realization of a real age of multiplicity, capable of ensuring a collaborative system between robots and its creators. 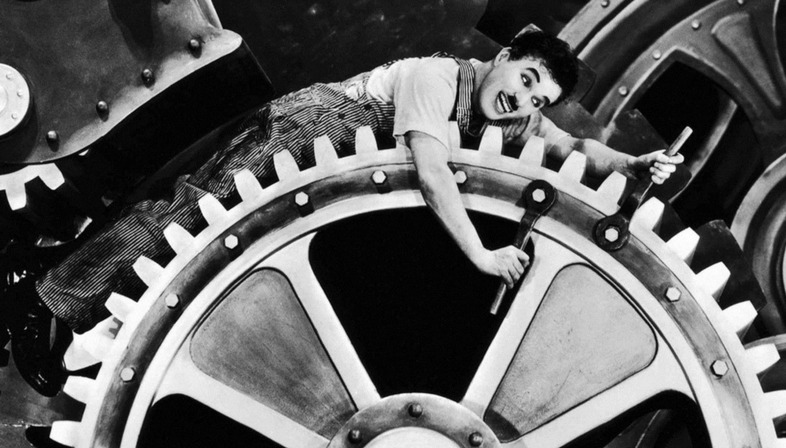 Tempi Moderni, (1936). Public Domain/Flickr.
Sustainability is one of the major common goals, perhaps the most ambitious one, which we seek to arrive at, in this backward journey, in an attempt to erase and amend serious faults, deep scars inflicted on nature and enormous gaps we have allowed to open up in society. Evaluating it from a production point of view, we know that it means efficiency, optimization of construction times, use of resources, durability and recycling of environmentally appropriate materials: all purposes that can be best achieved thanks to the integrative use of a software, a tool with which in the past designers and architects had worked much less in complementarity. An architect, in the phase when the changes don’t yet represent a cost, should estimate the correct alternatives, the effectiveness of certain preliminary design choices to allow a faster and less expensive, cleaner and more functional implementation, the best compromise, in short, between environmental and technical-economic parameters, embracing comprehensive and future considerations.

Some of these design instruments allow a team synergy with interfaces and multisectoral specializations, just as the industrial designer works today to accomplish truly innovative and sustainable results and a product responding from every point of view to those requirements that make it, let's say, practically perfect. Those who intend to design for a future healthier life will have to undertake new paths marked by a more specific and adequate preparation, which does not exclude the algorithms.Their competence will be the result of an interactive multidisciplinarity, a sort of different sectoral pertinences able to arrive at adequate ethical and technical planning. When the computer conveys the contributions of the exchange network of various specialists, architects, engineers, developers, and the series can be broad, a dialogue takes place between a reciprocity of distinct data addressed to the best solution as common goal. An ensemble of complementary information that can offer a very satisfactory resource with minimum ecological impact.

This iter, become almost mandatory, a real imperative, doesn’t mean to renounce a personal expression, it only requires those results in accordance with profitability and respect for the environment that the scientific and technological knowledge allows to optimize. Despite long debates on the end of a creative language, the primary role of those who dictate inputs to be processed will never be removed. It is therefore better that the authors of both a skyscraper and an armchair leave a position of fear and distrust, acquiring those means that could permit them to communicate and dialogue with a computer, working in the perspective of safeguarding a planet, to which an exhibition, recently held at the XXII Triennale di Milano, alluded with a decidedly alarming title, ‘Broken Nature’. Only through an eco-design, far from ruinously destructive and polluting consequences, as suggested by ‘Design Takes on Human Survival', the final part of the title, we can hope to recover a deeply jeopardized relationship between the environmental and the anthropic sphere. 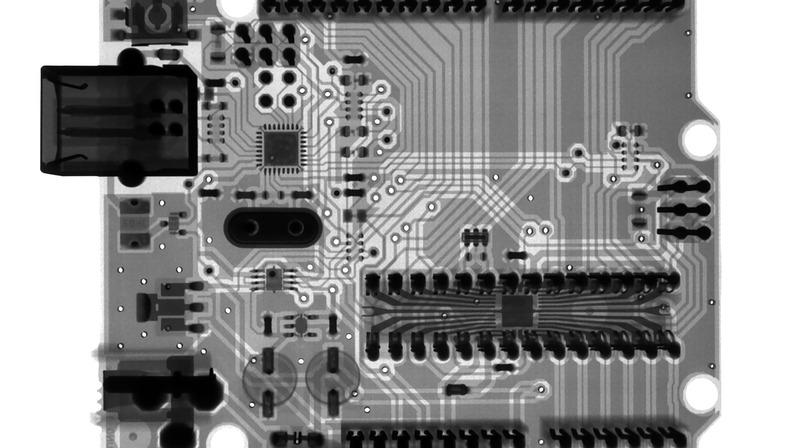 There is a designer, Enzo Mari, who, rejecting the homologating standardization of an industrial market, sees in the ability to craft an exemplary, real redemption of the individual freedom. He is certainly right with regards to the liberating action of the manual capability of crafting, enhancing the creativity that each one of us owns, but the hostility towards the machine, experienced as a submission and limitation in design freedom, will have to find a compromise with greater optimism and confidence in the irreplaceability of human’s abilities. We must keep in mind a concept, which Umberto Eco states in very simplified but also very effective terms: "The computer is not an intelligent machine that helps stupid people, on the contrary, it is a stupid machine that works only in the hands of intelligent people”. Hi-tech companies have given a reassuring signal, clearly demonstrating that they cannot obtain the results they aspire, without the help of those who feed the inductive part of their serial production.

There is, so to speak, a mutual nutritional exchange between technology and design, that plays a decidedly important role and this sort of interaction, if it is maintained, can keep away the sense of alienation. “You know, the most advanced fibers and composites were all laid by hand, right? The more advanced is the technology  ", says Paola Antonelli,"the more you need crafts because there’s no machine to work these new materials yet ... so you need to know how to work them by hand ". Regenerative design, as it has been defined, experiences this moment of crisis as an inevitable rethinking process, not always proposing concrete alternatives but asking questions, arousing reflections and changing behaviors. Many young designers, with their various personal experiences and forms of interdisciplinary collaborations, are passionately dedicating themselves to re-establish a new balance and restore the natural and social fabric, severely damaged. Their projects mostly speak of a search for a new productive consciousness, awareness of a multiplicity of interconnected species that make up the system in which we live, desire to expand disciplinary boundaries, dealing with often unexplored sectors, and aiming to reach a circularity in the reuse comparable to the model offered by nature, an authentic biodesign. Some of them, deciding the most unexpected directions, collaborate with a certain type of digital production, and others, abandoning industrial processes, dedicate themselves to a crafting resembling art.

As it has been stressed several times, contingent problems require urgent remedies but the real problem, to focus on our energy and skills, remains finding adequate answers able to cause a long term impact. Reaching the best solution is not the target: the world is made up of infinite amount of implications and consequences and what is best for some, could be worse for others. The best is always related to a certain context or to certain people, as Alexandra Daisy Ginsberg states "designing complexity means understanding that there is not just one 'better future' but a negotiation between different tensions”.

A special thank you to Robert Presutti, a great photographer and friend: https://www.robertpresutti.com 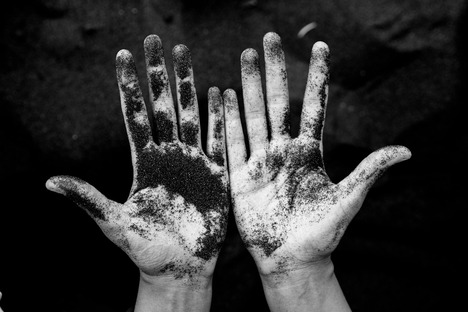 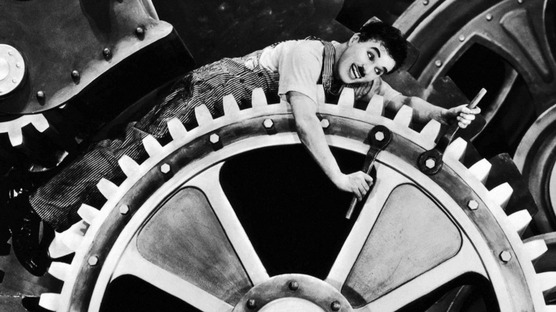 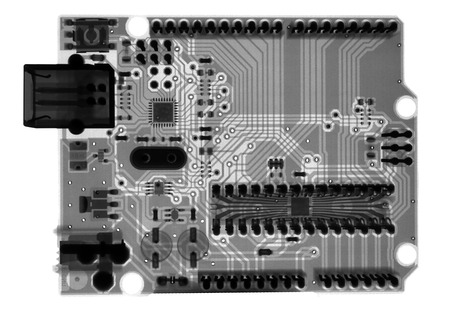 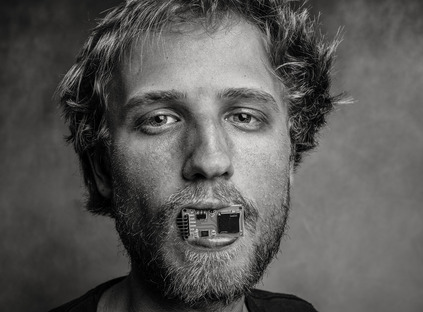