"It was forgotten that a tradition exists only unconsciously and that it cannot tolerate being interrupted. An imperceptible continuity is its essence."- Paul Valéry. The Palace of Piazza Cordusio,3 prestigious historical landmark in the 90s for financial and economic Milanese life, home to the Stock Exchange and subsequently the Post and Telecommunications, continues its vocation of collective, local and global magnetizing force, ready to host, after Starbucks Reserve Roastery, famous brands of fashion and international commercial activities, thanks to the recent conservative restoration, by the group Carron Costruzioni Generali. 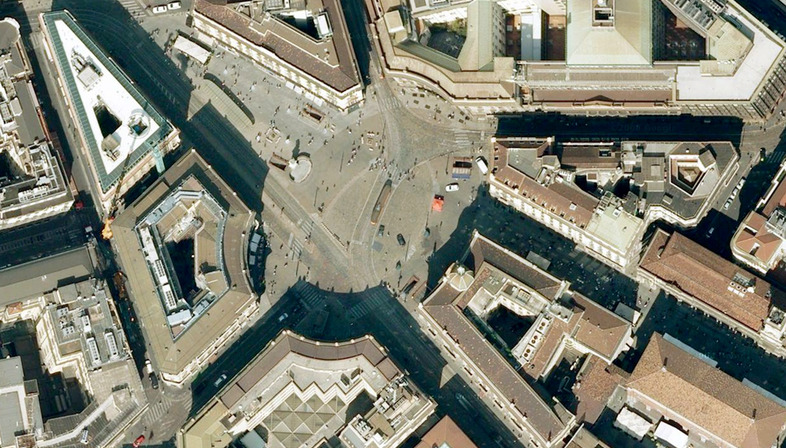 Talking about the recent Starbucks Reserve Roastery experience, it seems almost unavoidable to dedicate some space to the prestigious Palazzo of Piazza Cordusio, 3, that houses it. Designed at the end of the 19th century, by the architect Luigi Broggi, Palazzo Cordusio not only offers a valuable formal aesthetics, completing in a semi-circular eclectic layout with the similar neighboring building, ex-Credito Italiano, the attractive elliptical configuration of Piazza Cordusio, but it represents important moments of social Milanese life. Originally headquarters of the Stock Exchange and subsequently of the Post and Telecommunications, it occupies, as it originally suited its function of aggregating community, a very central position, a few steps from the Duomo. A hot spot for sprouting retail brands with a strong core to commercial and business activities, actually infusing both local and global different identities to the predominant historical vocation of the area. During the post-war period the valuable interiors were unfortunately lost due to adaptations to more modern and aseptic offices and in 2016 the company Kryalos, which became the property's owner, tendered to the Carron group, the renovation project which embraces conservative restoration and redistribution of interior spaces, in order to satisfy a multi-tenant logic. 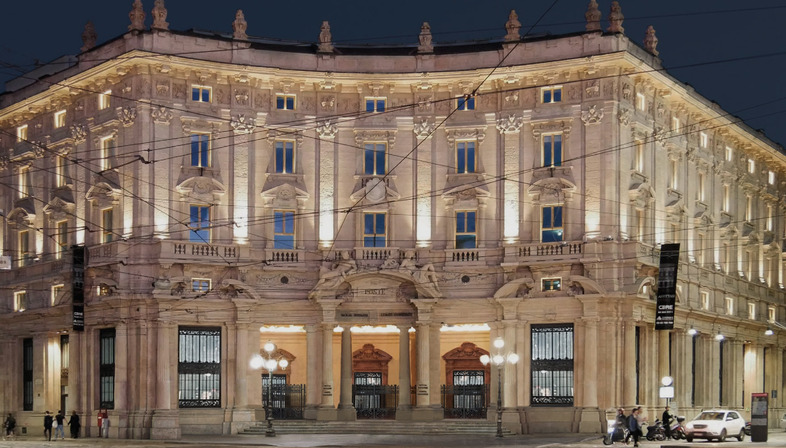 Carron Costruzioni Generali is a firm founded in 1963, focusing actively in construction, restoration and large infrastructure projects especially in northern Italy. During the 90s, the company saw an important growth with prominent projects. They established a strong footing in Milan, distinguishing themselves for rigorous attention on working with a greener imprint and giving priority to complex innovations in historical renovations. Carron has tackled the great challenge with the intervention of the ambitious Starbucks’ store, playing at the same time a primary, vital role in enhancing the historic landmark.
I met architect Maraschin Andrea, General Manager of Carron, with whom I have had the pleasure of this chat.

1. A project that certainly sounds outstanding but also of onerous responsibility: how did you manage to conciliate conservative restoration and adaptation of interior spaces to commercial and work requirements for high representative offices?

As General Contractor, we have realized and implemented a project, already developed in detail by a team of experienced professionals, constantly interfacing with them, with the DL and the Client to achieve the best possible result. From a technical point of view, the intervention of restoration has combined enhancement of the historical conformation of the complex with needs of a new layout, for the reuse of spaces with new technologies. Inside, the double-height room, which was profoundly altered with respect to the original design by the architect Luigi Broggi, was restored to its original configuration by removing the mezzanine floor that created a visual interference in the overall perception of the room as a single environment. Furthermore, internal distributional changes have been carried out on all floors, adjusting the vertical and horizontal connections. Everything according to current regulations, trying not to alter the original design. The open space inside the lot was enhanced with a new ‘garden’ arrangement, typical of Milanese courtyard. The existing skylight has been upgraded, replacing the glazed parts. Externally, a conservative restoration (cleaning, consolidation and protection) has been reserved for the facades, facing the three streets. The aesthetic aspect has been improved, both through maintenance works and restoration of the original finishes and materials, with visual mitigation works and partial displacement of the existing systems and channels.

2. Can you tell me about the major difficulties you had to face and help to solve, working with the American giant, which had for the first time approached Italy, furthermore in a prominent central position?

The contact with Starbucks has been fairly limited. Our work involved the rehabilitation of the entire building, for the American giant’s setting we had to carry out specific structural reinforcement of the ground floor slab and create special ducts for the coffee roasting plant. The requests were detailed and precise. The layout was then managed by a dedicated contract after the completion of our intervention.

3. What were the challenges in restoring a historic landmark at the core of the city center, as Palazzo Cordusio?

Managing a construction site in an urban center is always complicated, having succeeded in Milan is a source of pride and satisfaction for us. Every single choice must be well planned and scheduled, nothing can be left to last-minute decisions. Even the simplest asset, which in another site may seem irrelevant, presents critical issues to be evaluated and resolved. Many are the aspects to be considered. First of all, the logistics: the areas available for materials storage and stacking are limited, they require permits and are very expensive. The best site configuration is the result of a compromise between needs and costs to be incurred. In this sense, the ‘just in time’ philosophy is very useful, trying to bring materials as much as possible preassembled, for the necessity of the following days workmanships, avoiding large stocks on site. Mobility and supplies play therefore an equally crucial role: feeding a site of this size is very challenging, especially given to the tight time required to complete the work. The construction site actually never stops.

4. Was the timing difficult?

The contract provided for 12 months of work (September 2016 - September 2017), extended by a further 3 months for some variants requested (December 2017 concluded). The construction site worked 24/7 to meet the deadlines!

5. There are several controversies over the difficult legislative and bureaucratic process to be faced in Italy for restructuring. How was your relationship with the authority?

The project assigned by the client and realized by us had already obtained the required authorizations, so from this point of view, there were no problems. Anyway, the Italian legislative system is indeed complex, as are the bureaucratic procedures to get the necessary permits, especially for interventions on buildings protected by the heritage department. In the Italian context, we can, however, say that Milan stands out with a certain efficiency of procedures and the competent authorities.

6. With this work, you achieved the LEED certificate, Gold level: what are the improvements, the innovations used to make the building environmentally sustainable?

The decision to pursue the LEED certification affects a building intervention both in the initial design choices and in all subsequent management of the site and execution of the works. To intervene on an existing building, located in a certain urban context means having to carefully evaluate the sectors in which it is possible to obtain useful credits for certification. With reference to Palazzo Cordusio, the LEED score card shows high scores regarding sustainability of the site, use of regional and environmentally sustainable materials, and system choices made. The management of the site and the execution of the works are then governed by specific protocols which, if respected, ensure the achievement of the expected results. They involve general aspects, such as the differentiated management of waste and the control of air quality on site during work phases, up to more detailed and perhaps curious aspects, such as checking the certifications required for all materials and the regulation of tobacco smoke on site.

7. Is there anything at the end of the demanding adventure that makes you particularly satisfied?

In general, we can say we are proud of the whole intervention. Looking for some particular elements, we like to mention the architectural effect of the cell facade and the glass roofing, and the technology adopted for the structural reinforcement of the skylight.

8. You have declared that the beating heart of your company is the teamwork: in which terms operates this network of interconnected roles, to reach a perfect harmony and integration of high-profile skills?

In every construction site, the best team is achieved by using a tight-knit, consolidated group with experience in similar works, for the technologies to be applied and management complexity to be faced. Roles and competencies must be well defined and identified, the awareness of the importance of each figure within the organization chart is fundamental. Streamlined communications and decision-making are equally crucial elements to ensure efficiency and productivity. 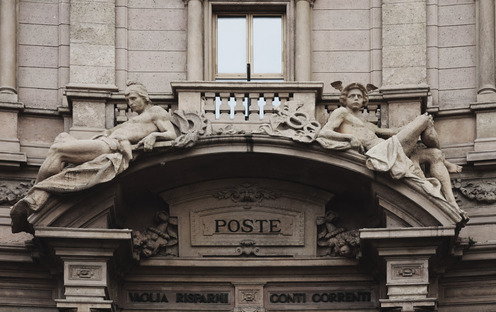 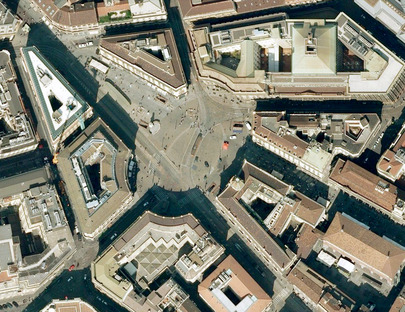 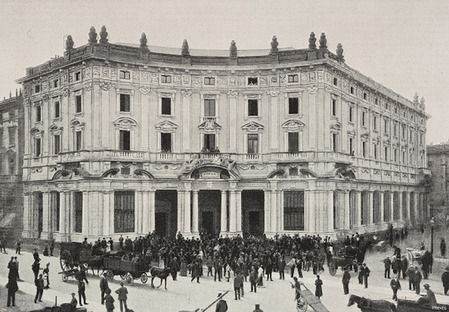 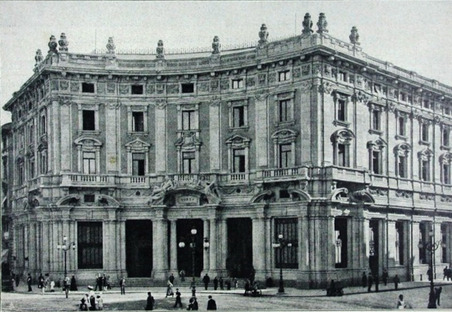 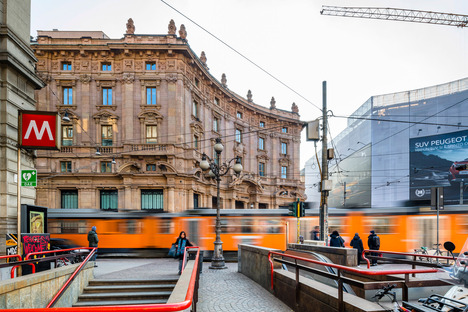 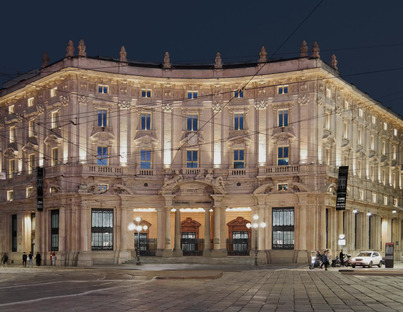 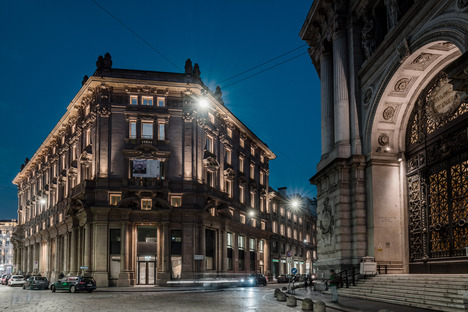