In December 2011 the old “Zollverein XII” mine in Essen celebrated two anniversaries: the 25th anniversary of its closure and the 10th anniversary of its nomination as a Unesco World Heritage Site, a status granted for its uniqueness and authenticity, as if to demonstrate that and ending can also be a new beginning and an opportunity for re-launching. The mine was not only Europe’s biggest and most modern coal mine complex in its day (the mine opened in its current form in 1932), but also an exemplary specimen of industrial architecture inspired by the Bauhaus style and designed by architects Fritz Schupp and Martin Kremmer.

If local citizens can now enjoy a vast range of quality cultural events, this is due to the farsightedness of the German region of North Rhine-Westfalia, which took over the mine and decided to convert it into a monument of industrial archaeology, supported since 1998 by the “Stiftung Zollverein” foundation.

The foundation’s motto is clear: “Conservation thanks to new uses”.Abandoned structures are not only conserved but adapted to play a new role, offering citizens attractions including the “Ruhr Museum” telling the history of the region and the “Red Dot Design Museum” for design fans.

A monument to industrial archaeology designed to be experienced, revitalising a region and benefiting its citizens, who find new input and opportunities here. 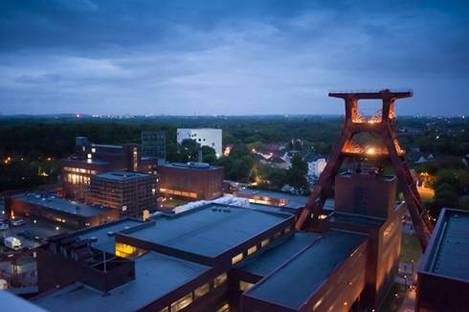