Woods Bagot have completed the redevelopment of the Adelaide Convention Centre 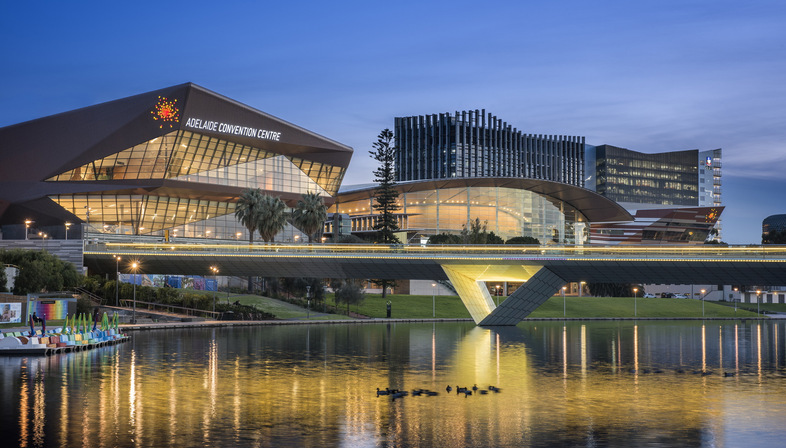 Two new iconic landmarks now grace the skyline of Adelaide, the capital of South Australia. They are the extensions to the Adelaide Convention Centre designed by Woods Bagot and now completed, and are informed by the state's rock formations.


Adelaide, with a population of 1.3 million, is classified as the fifth most liveable city in the world. And it is such a perfect location for all kinds of conventions and conferences that the Adelaide Convention Centre.
needed to be extended. The centre opened in 1987, the first of its kind built in Australia; it has since been revamped and extended, including a 2001 redevelopment by SOM.
This most recent project by Adelaide-based, internationally acclaimed architecture studio Woods Bagot, consists of two additional buildings flanking the 2001 building, each one designed to operate as a standalone facility or combined to function as one dynamic venue. A two-stage development aimed at improving the experience of visitors to the city by underscoring the ties with the territory, the “sense of place”, so to speak. The recently opened East building replaces the original 1987 Plenary Building and boasts a 3500-seat auditorium; the West building was delivered in 2015 and takes the centre over railway lines, connecting it to the station to engage more closely with the city.
Simon Tothill, Senior Associate of Woods Bagot explains that the project showcases a landscape formed over half a billion years ago: “While the West Building was inspired by the dramatic geology and colours of the nearby Flinders Ranges, the weathered organic shape of the new East Building reflects the weathered contours of the Remarkable Rocks on Kangaroo Island”.
This effect is also obtained through the more than 10,000 individually hand-formed zinc tiles – developed specifically for this project in South Australia – wrapping the building’s exterior, their soft red pigments referencing the rocky outcrops of the regional landscape. As a counterpoint to the smooth exterior, the innovative interiors capture the experience of South Australia’s outback region, alluding to orange sunsets and sparkling night skies. Woods Bagot also integrated sustainability throughout. They incorporated clever energy management systems combined with state-of-the-art smart LED lighting systems to deliver a building with 27 percent lower energy consumption than the original building.
A spectacular Skyway, or aerial walkway, connects the venue's three buildings and provides scenic views of the River Torrens and Adelaide's Riverbank precinct and parklands. The new, improved Adelaide Convention Centre responds to the local environment and gives guests a memorable experience as well as providing a new meeting place for the local community. 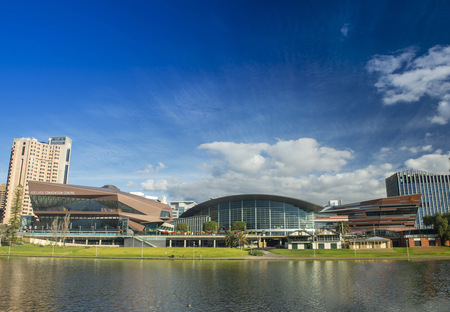 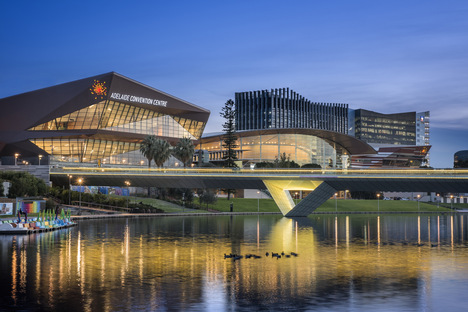 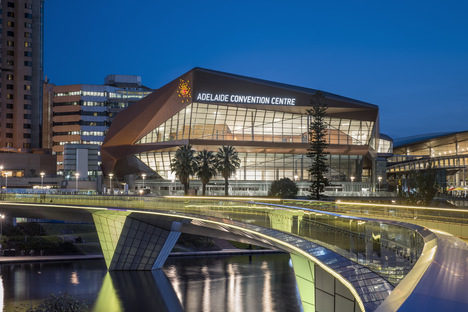 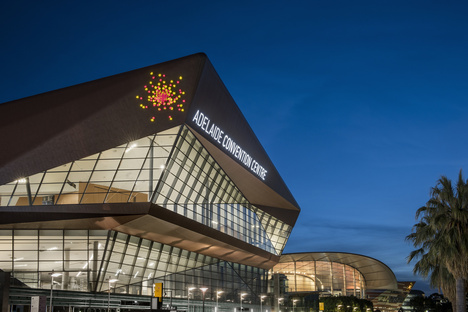 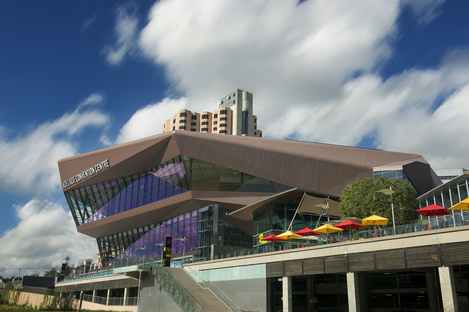 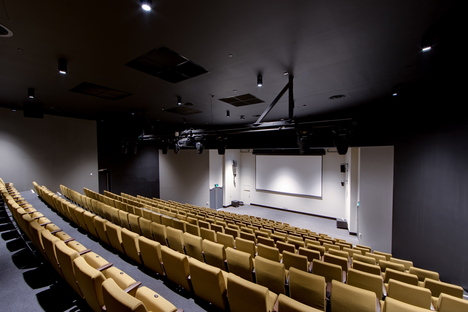 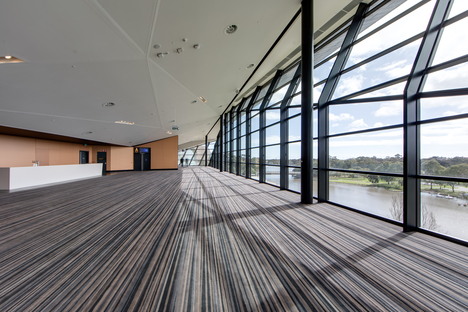 Architecture books for the summer and beyond