The National Design Award for Architecture is a significant achievement for WEISS/MANFREDI Architecture/Landscape/Urbanism. The New York-based architecture practice founded by Marion Weiss and Michael A. Manfredi is at the forefront of architecture design practices, redefining the relationship between architecture, landscape, infrastructure and art, and forging new connections between city and garden, art and ecology, and infrastructure and intimacy. Weiss/Manfredi's designs are marked by clarity of vision, bold forms and material innovations with a strong interdisciplinary component. All over the world and across all typologies, the firm's work addresses pressing environmental and social challenges and asserts the importance of design in the public realm.
Projects like the Seattle Art Museum's Olympic Sculpture Park, the Women's Memorial and Education Center at Arlington National Cemetery, Brooklyn Botanic Garden's Visitor Center (recipient of a 2014 AIA Institute Honor Award for Architecture - link), the Diana Center at Barnard College and Hunter's Point South Waterfront Park create new natural connections with the built environment. When it opened, the Olympic Sculpture Park was recognised by Time Magazine as one of the top 10 projects in the world and was the first North American project to win Harvard University's International Veronica Rudge Green Prize in Urban Design.
Their approach to design falls perfectly into the theme of this year's 16th International Architecture Exhibition – La Biennale di Venezia, FREESPACE, which examines architecture's role in the interplay between public and private, programmed and open space, and nature and the built environment. So, the Biennale's curators, Yvonne Farrell and Shelley McNamara invited Weiss/Manfredi to showcase an installation in the Main Pavilion at the Giardini della Biennale venue. At the 2014 Venice Architecture Biennale, Weiss/Manfredi presented their project for the Taekwondo Park in Muju, South Korea in the USA pavilion.
Weiss/Manfredi will also be participating in the symposium on the history, present, and possible future of the academic commons that will take place at the National Pavilion of Greece on Saturday 26 May 2018 (link).
Marion Weiss and Michael Manfredi said they were honoured to be included in the incredible list of recipients by Cooper Hewitt. Founded in 1897, Cooper Hewitt is the only museum in the United States devoted exclusively to history and contemporary design. The National Design Awards were established in 2000 by Cooper Hewitt, Smithsonian Design Museum to recognise design excellence and innovation in ten categories and celebrates the impact of design in shaping our lives. The same mission as Weiss/Manfredi. 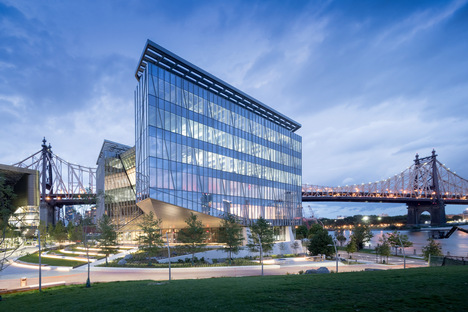 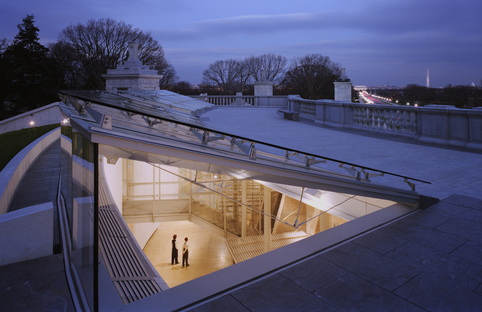