In an underpass close to the centre of Amsterdam, Dutch artist Matthias Oostrik created a light installation that turns on whenever a pedestrian goes by, lighting up the narrow sidewalk and time-worn walls. 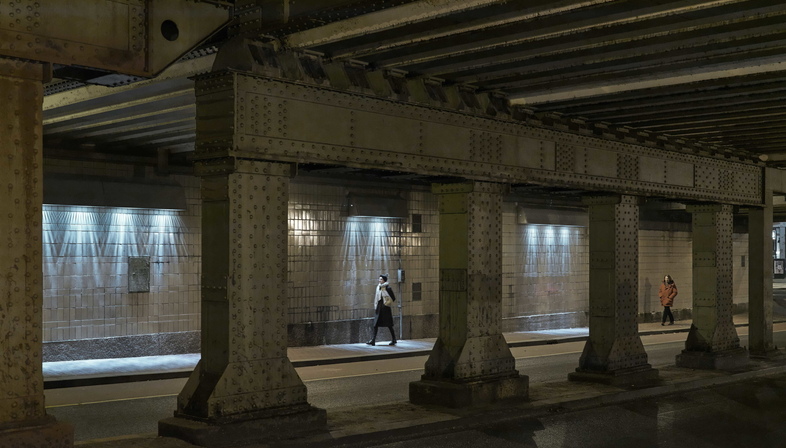 If you like to explore cities in a sustainable way, meaning on foot, like us at Livegreenblog, so that you can stop and look around whenever you like, you will know how unpleasant it can be to walk through an underpass. Even when located in the city centre, underpasses are often poorly lit and certainly do not convey a sense of security. Many people prefer to go a different way to avoid such places.
This must be a universal problem, because Dutch artist Matthias Oostrik created Het Licht van Jan, or “Jan’s Light”, in Amsterdam.
The artist’s latest new work grabs the attention of passers-by walking along the narrow sidewalks of an underpass on Kattenburgerstraat, as their passage turns on lights illuminating the subway’s time-worn walls. The effect is created thanks to digital technology which detects the presence of pedestrians and turns on lights projected onto the darkest parts of the tunnel. Beams of light move across the walls covered with ageing tiles in unison with the pedestrian’s motion, while waves of light dance gently over the sidewalk. The wave effect is a clear reference to local history, as much of the land has emerged from the water thanks to human hard work. And the underpass containing Matthias Oostrik’s artwork, like many other places in Amsterdam, is located at a spot where there were several bodies of water back when the railway did not exist; it was built in the late 19th century on an artificial strip of land. Het Licht van Jan goes back to this past, bringing the flow of water and sunlight back to the sidewalks, shining through the train tracks onto the walls.
The three projections on each side of the underpass were created by shining a thin beam of ultra-bright light through a series of specially designed grids. In this way, the shadows of the grids interact to create moiré patterns with completely different effects on both the walls and the floor. In contrast with the warm, almost orange hues of the existing streetlights, the projections make use of cold white light, creating an interactive performance that makes the underpass appear less oppressive.
This is not Matthias Oostrik’s first light installation in a public space capable of creating a new and unexpected connection between people and their surroundings with the specific goal of generating a sense of security. Another such example is his recent installation A Trail of Water (2020) in the Dutch town of Assen. In this case it was passing trains that triggered a light composition of great visual impact: a cascade of light descending from the concrete embankment over the slopes covered with vegetation.
The artist’s works combine the useful with the entertaining, making pedestrians’ experience both safer and more enjoyable. But such a project also requires an “enlightened” city government: Het Licht van Jan was commissioned by the city of Amsterdam and supported by the Amsterdam Fund for the Arts. 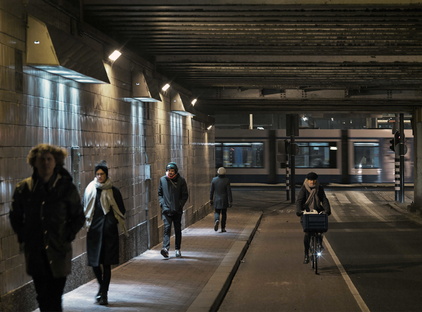 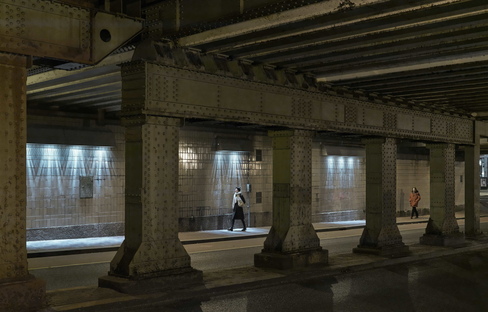 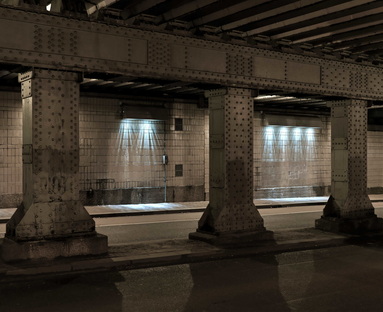 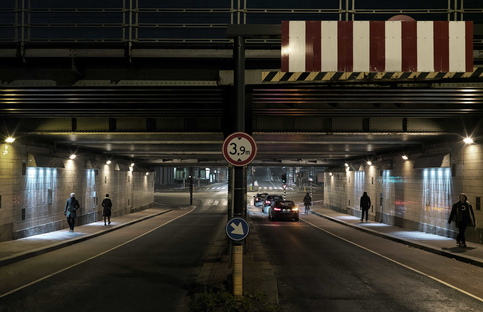 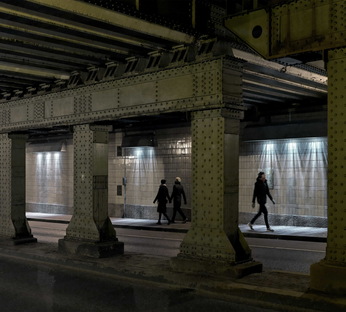 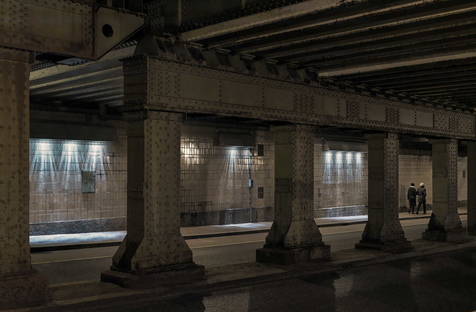