UrbanSync, an App to participate in urban development 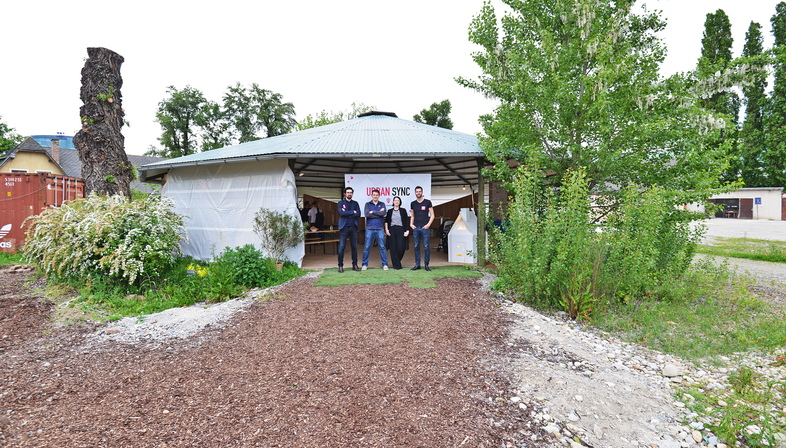 David Calas, Markus Grobbauer and Nicole Feiner have created a new tool that actively engages the community in urban development - an App called UrbanSync. The three co-founders give users the real possibility of contributing to the urban planning of their city.


How many times have you been somewhere in your small town or large city and thought, “Ooh, this would be the perfect place for a playground” or “the street lighting here needs to be brighter”?
These ideas often come from people who live there, because they have a real, in-depth knowledge of the place; the problem is that they find it hard to share their ideas with the town council either out of laziness or because of the bureaucratic nightmare of communicating with local government organisations. The extreme simplicity of URBAN SYNC wipes these problems off the slate because the App gives anyone with a Smartphone and the desire to collaborate an effective, modern tool so they can have their say in urban development.
On the one hand, they can mark a place on the map, assess it and describe it and discuss their ideas and desires with other users. On the other hand, surveys initiated by local councils, developers and others can be shared to directly engage the community and find out the real needs and moods of the people, as well as answer questions and respond to requests and create something together with the end users. An approach which falls within the increasingly popular practice of citizen participation and co-operation, with some Italian cities leading the way, like Bologna and Turin.
The three co-founders of this application - the architect David Calas, the developer Markus Brobbauer and the product designer Nicole Feiner - chose a very unusual place to launch this application: an old carousel at the Krieau harness racing track in Vienna, which operated since the Hapsburg era. Now going by the name CREAU, it is the object of new investments but until 2018 this area has been granted to creative activities for temporary use (Zwischennutzung). With bespoke furniture and products developed as part of a workshop with TU Wien and AzW, UrbanSync has found the perfect location to share this tool and the spirits of the App “makers” for participated urban - and rural - development. 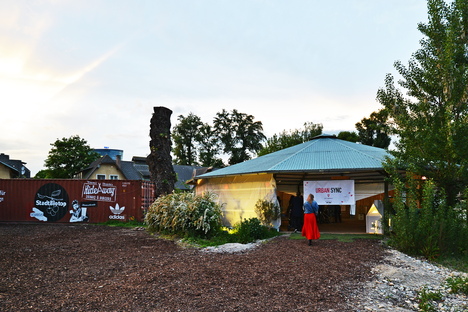 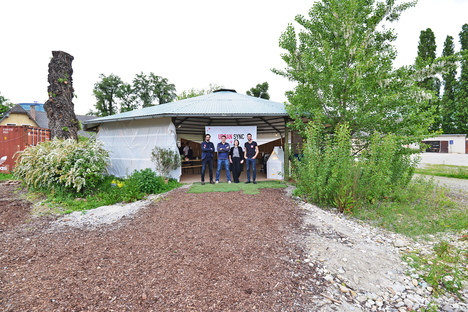 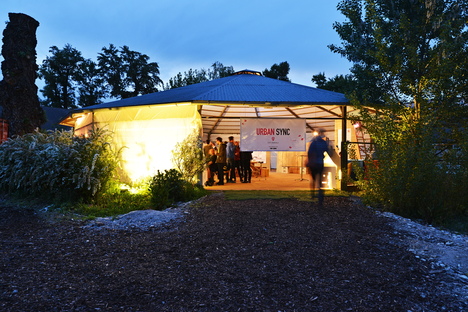