The Rising Tide by Jason deCaires Taylor for COP21

Hot on the heels of Jason deCaires Taylor's hugely successful “The Rising Tide” installation on the Thames, London for the 2015 “Totally Thames” festival, the work of this famous underwater sculptor is on show at the Eden Project.

Hot on the heels of Jason deCaires Taylor's hugely successful “The Rising Tide” installation on the Thames, London for the 2015 “Totally Thames” festival, the work of this famous underwater sculptor is on show at the Eden Project. Another way of showing how important conservation and saving our environment is to this artist.

Art for the environment, particularly during major events like the United Nations Climate Change Conference in Paris, COP21, which could really change the course of history to protect our planet. We saw two examples of this in Paris (Shepard Fairey, Olafur Eliasson) but there are also others elsewhere in the world. 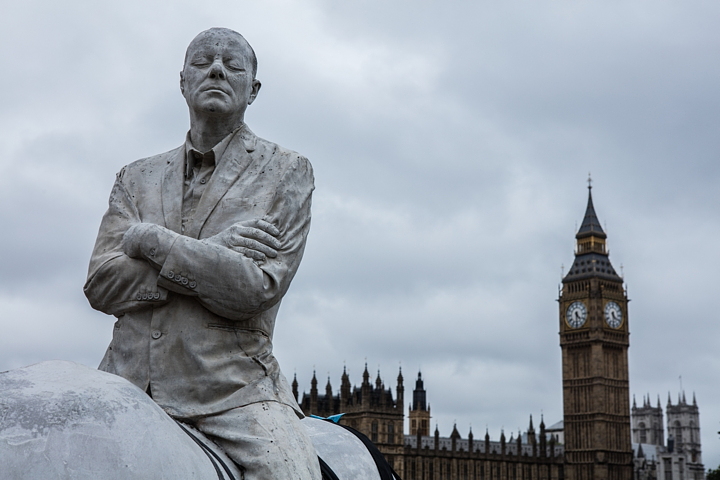 “The Tiding Rise” is an artwork by famous underwater sculptor Jason deCaires Taylor, known for his installations in the sea. Commissioned for the Totally Thames Festival during September, a celebration of the Thames River, this work is composed of four hybrid sculptures, 3-metre tall horses whose heads have been replaced by an oilwell pump, and their four horsemen. They were positioned along the banks of the river opposite Tate Britain, and could only be seen when the tide was out. The artist therefore highlights the role of the Thames as the lifeblood of London and its natural environment. He also showcases our fragility, where rising sea levels are becoming more and more of a threat to our very survival. 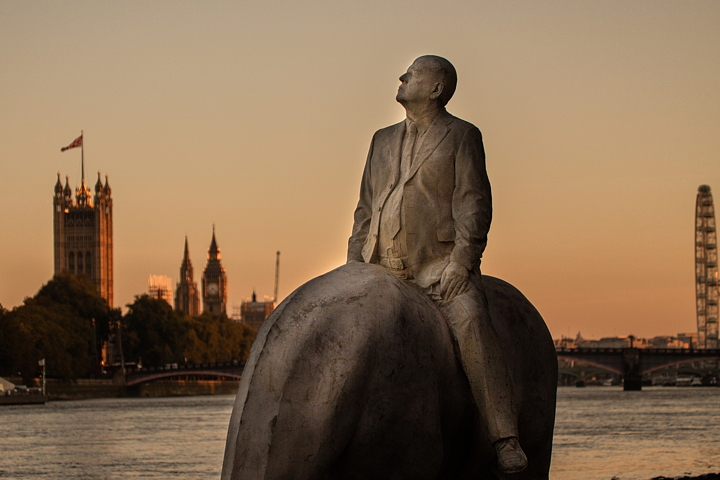 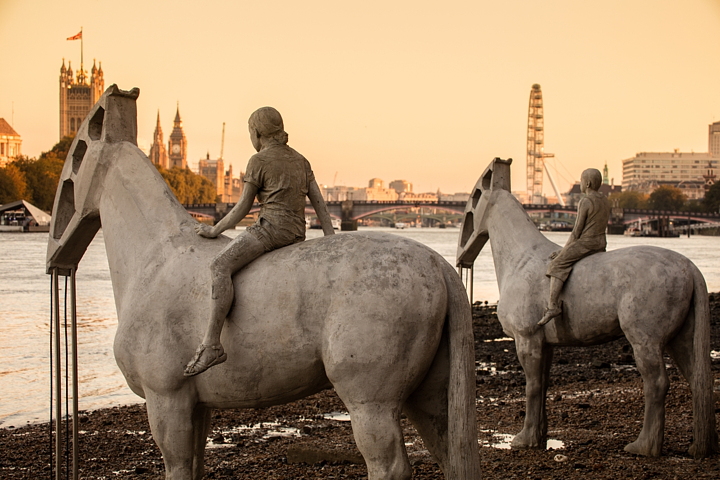 “The Rising Tide” is even more than that: the four horsemen, like the horsemen of the Apocalypse, represent two different attitudes towards climate change. The middle-aged suited businessmen - looking obstinately into the distance while their horses are 'grazing', taking what they can from the ground - represent the global warming naysayers who want to continue exploiting fossil fuels. Conversely, the young riders symbolise the hope that young generations can take whatever steps are needed to protect our planet and therefore ensure our survival.

Now the installation by Jason deCaires Taylor has been added to the Eden Project in Cornwall, specifically for the COP21 conference. The sculptures will remain there until February 2016 in one of the four geodesic biodomes inspired by the American architect Buckminster Fuller. One more reason to visit this important centre created by archaeologist and anthropologist Tim Smit in an old china clay quarry open to the general public since 2001.