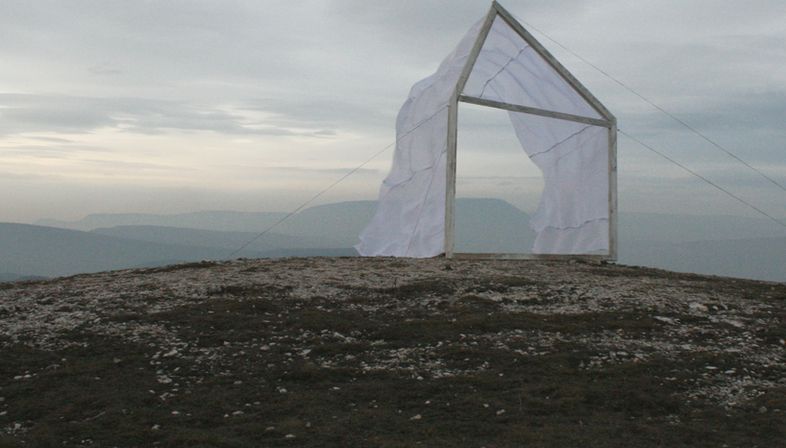 A conceptual design by the young architects of Architecture Uncomfortable Workshop from Budapest studies the relationship between forces of nature and living. 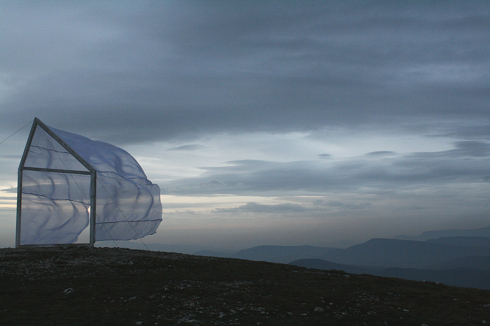 The Spring Wind House, as its name suggests, is the result of an idea that some friends came up with to celebrate the arrival of fine weather. These friends formed architecture studio auworkshop, established in Budapest in 2009 by four graduates of the Polytechnic of Budapest - Péter Boronkay, Emil Dénes Ghyczy, Lukács Szederkényi and Karolina Szabados, - so what better way to celebrate than with an architectural structure. Faithful to their research concept of investigating new ways of living, they came up with Spring Wind House: a contradiction turned into an object. 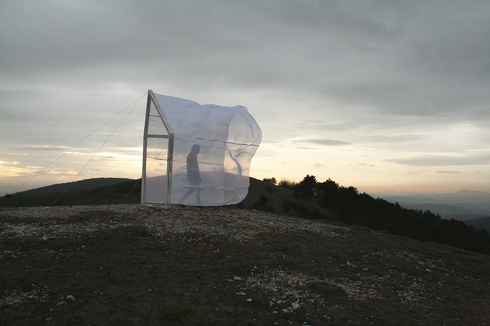 Normally a house provides shelter from the weather, including wind but here it is the wind itself that gives the house its shape and not only that but without it the house would not even exist. The incessant blowing of the wind fills the cloth symbolising the walls causing them to ebb and flow, and creating the archetypical silhouette and unique pictures of the surrounding landscape. 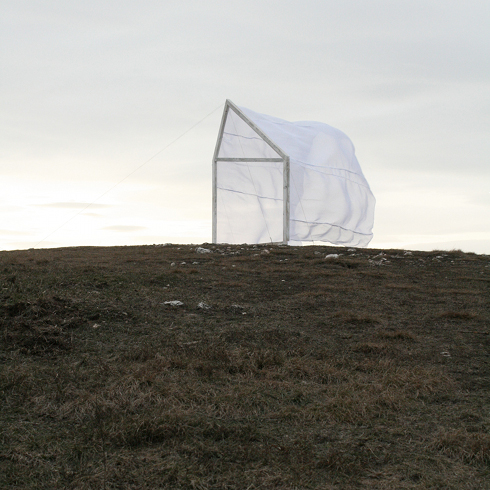 A new, playful and poetic way of exploiting the wind that gives us food for thought about our relationship with nature.
As Bob Dylan sang, “The answer is blowin' in the wind.” 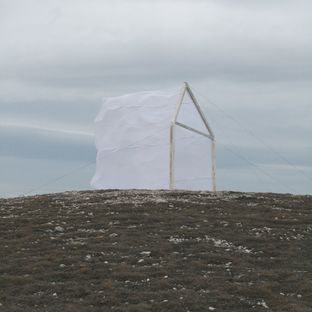 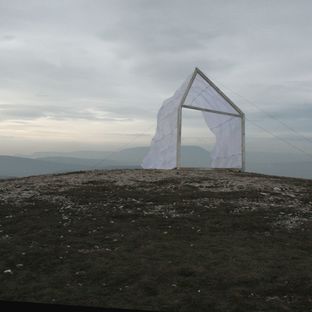 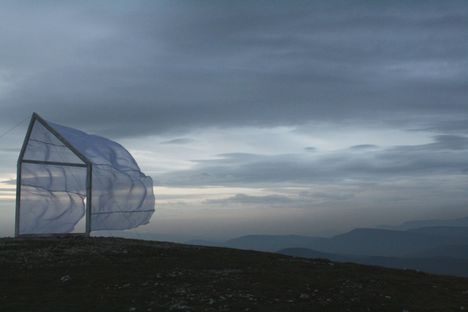 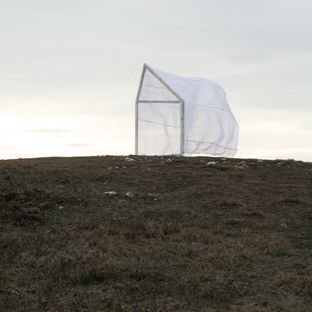 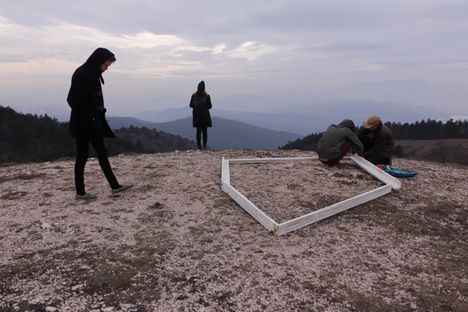 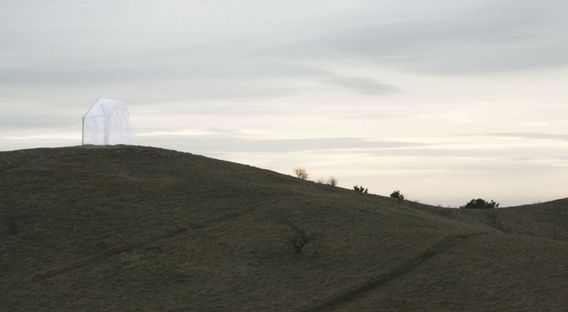 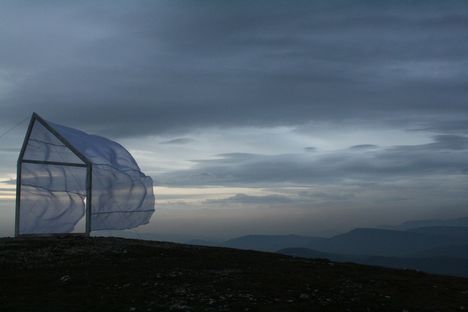 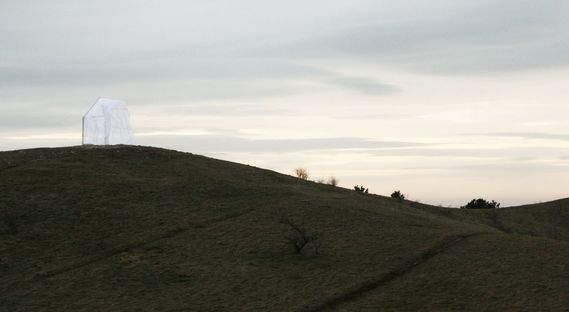