Arte Charpentier Architectes has refurbished a building that it had designed in the early 1990s. This project has made it possible to bring the building out of its self-imposed isolation and reconnect it with the city, setting up a renewed relationship with the environment around it. 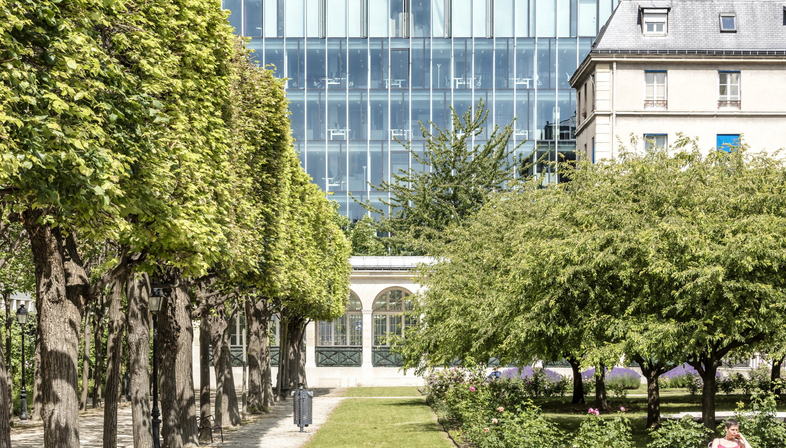 We all know how much impact the building industry has on the environment. So it has become almost a moral obligation to revamp existing buildings rather than build new ones, as a way of recovering the energy used for the construction at the time and to adapt architectures to current needs.
This is what happened for an office building straddling the boundary between the 15th arrondissement of Paris and the district of Issy-les-Moulineaux. This was designed by Arte Charpentier Architectes for Unibail in the early 1990s, and the same architecture office has now given it a complete makeover.
The project – called SHIFT – refers to a vision of the interiors and exteriors that has changed over the years, and now needs a response to adapt the existing building. Two significant interventions have brought the building out of self-imposed isolation and allowed it to reconnect with the city, setting up a renewed relationship with the immediate surroundings. The architects removed the concrete façade panels and replaced them with a glazed envelope articulated by vertically cantilevered composite fins. Arte Charpentier Architectes also created an internal atrium crossing the building from east to west and connecting the two streets to set up a link between Paris and Issy-les-Moulineaux. The vertical gap in the centre of the building was covered by a large glass roof to turn it into the atrium. It houses a complex set of mezzanine balconies, connected by a monumental staircase to craft a lively, modern ambience in the space. The entrance lobby is finished in vertical beech battens, echoing the rhythmic theme of the facades with their vertical fins.
The daily work experience revolves around this light-filled space that fosters comfort and conviviality, inspiration and creative thought, social interaction, and exchange.
Arte Charpentier Architectes designed SHIFT like a garden as a way of boosting the well-being of tenants and users, so, of course, plants play a crucial role. They have been integrated into the 1,800 m² area of private terraces, loggias, and balconies, and transformed what used to be the technical roof into a landscaped and green terrace of 2,600 m². This can be used as an alternative outdoor workspace, a restaurant for lunch in the greenery, and 1,000 m² of urban agriculture operated by the Sous les fraises NGO, to raise awareness of the notions of ecology and 0-Km foodstuffs.
By reinventing the uses and ways of working in an existing building, SHIFT operates an architectural and ecological transition of the building which aims at the double certification of BREEAM “Excellent” and HQE “Exceptional”. HQE™ is the French certification awarded to building construction and management, as well as urban planning projects. It promotes best practices and sustainable quality in building projects. SHIFT is a laboratory for experimenting with future practices, such as urban agriculture.
This ambitious scheme, led by Arte Charpentier Architectes for Unibail-Rodamco-Westfield, attracted Nestlé France, who chose to set up their first Centre of Nutritional Expertise in France right here. The 2500 employees of the various brand names belonging to the group have been brought together within the 46,000 m² area of SHIFT, showcasing it as an important and practical example of sustainable reuse. 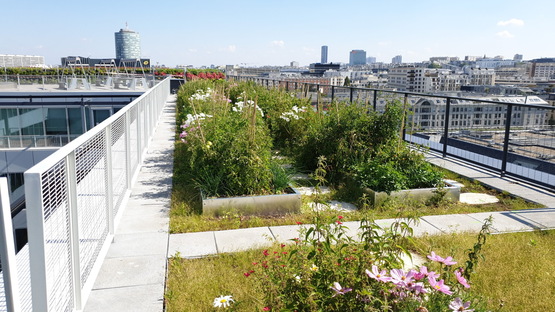 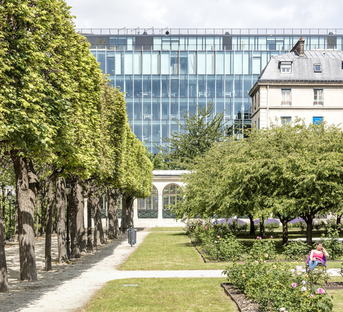 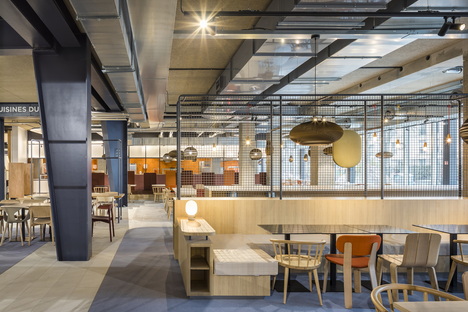 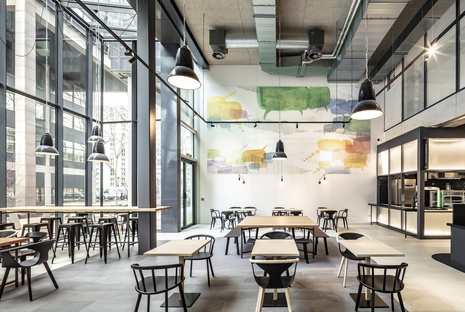 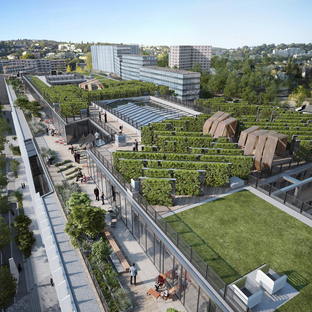 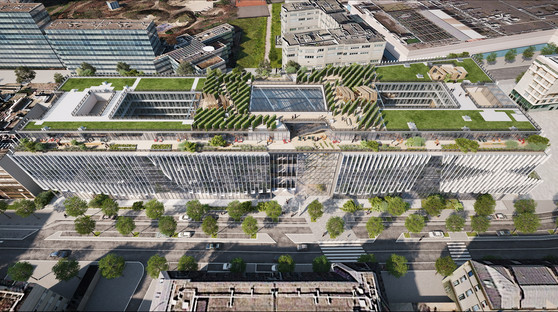 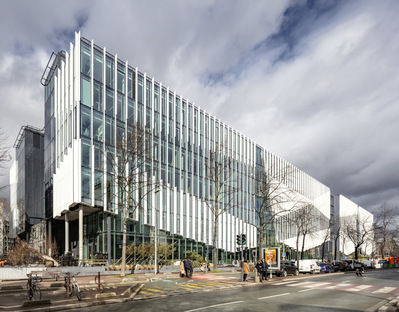 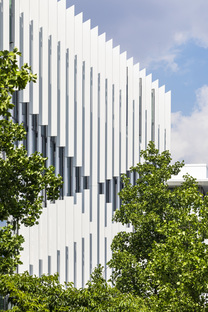 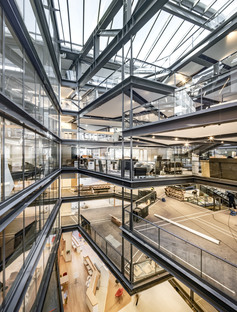 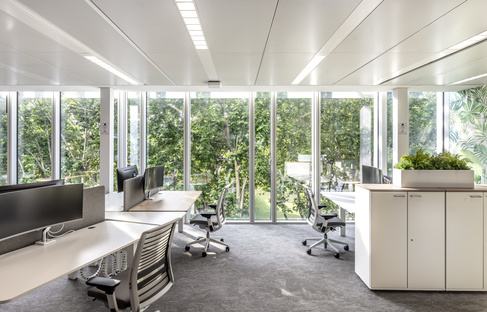 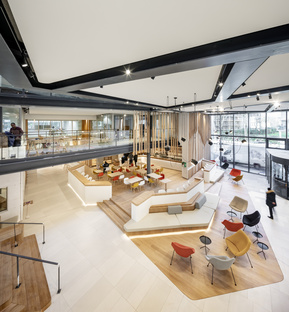 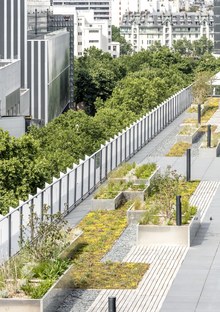 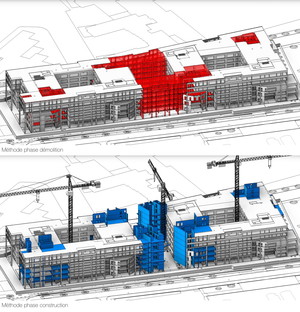