The architects from Ecuador-based firm Natura Futura Arquitectura have put into practice a project to make the city of Babahoyo more conscious and inclusive of animals. 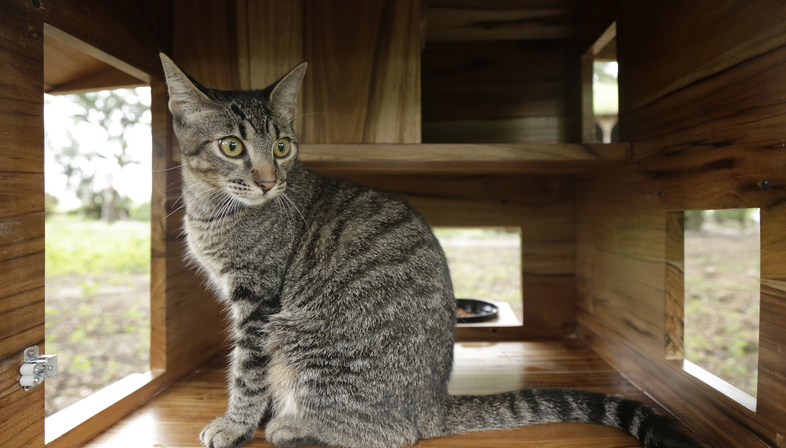 The architects from Ecuador-based firm Natura Futura Arquitectura have put into practice a project to make the city of Babahoyo more conscious and inclusive of animals. An architectural response that really stands out on the visual and social level, despite their small size.


Cities are not only spaces for human beings, they are also home to people's pets - you can see the effects of this just wandering around the streets, particularly in more affluent countries where dogs and cats abound. We are all well aware that these situations are not always idyllic - how many times have we heard or read about abandoned and maltreated animals, news which always causes a huge outcry in the media.
This situation is even tougher and more complicated in less affluent areas like Latin America, where some estimates indicate that a quarter of all pets are abandoned, and those numbers are rising.
Natura Futura Arquitectura has also taken this issue to heart and addressed it in their hometown of Babahoyo. We've talked about this city in the past quite a few times, citing it as a pioneer of certain social policies that foster active engagement with the community in completing certain projects aimed at improving some aspects of daily life (link). One of these is a pilot project, self-managed by the architecture firm itself, and called la Casita del Barrio, attempting to create new awareness with regard to abandoned animals.
The architects responded to this problem by building some prototypes of small, temporary shelters located in strategic points around the town centre, particularly in run-down neighbourhoods. They crafted different kinds for dogs and cats. These homeless animals need protection: what better way of addressing this than involving the community in looking after these city dwellers promoted by the visibility of this generous action? So, the architects began working with the local independent collective, Marcando Huella that has been focusing on looking after abandoned and homeless animals for a while now. It takes them in, gives them appropriate shelter, medical care and sterilisation, then looks for people to adopt them.
As a tangible response to this initiative, Natura Futura Arquitectura designed and produced some small wooden shelters - 0.60 x 0.60 cm2. Wood is naturally insulating and protects the animals against the weather and the rain with small eaves and openings that guarantee cross-ventilation. People can feed the animals on a tray next to the water dispenser made using a recycled bottle.
With La Casita del Barrio, Natura Futura Arquitectura has given shape to the idea of a friendly, responsible and inclusive city, where the community learns to live with animals, giving them their own home, all with great simplicity and beauty. 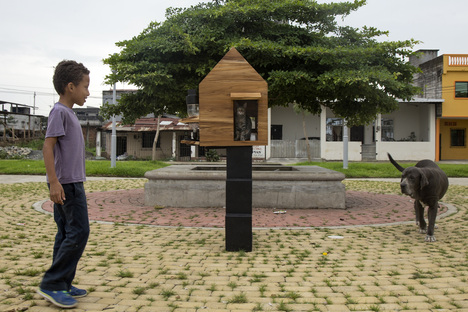 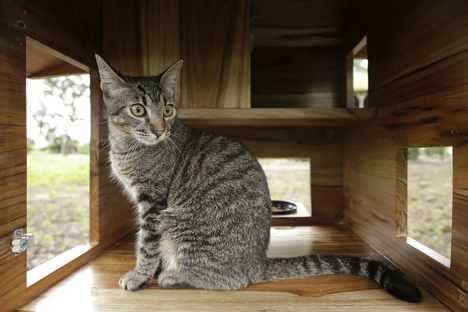 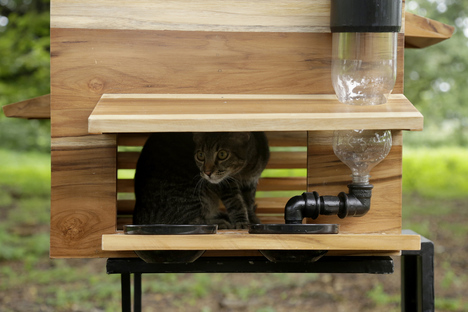 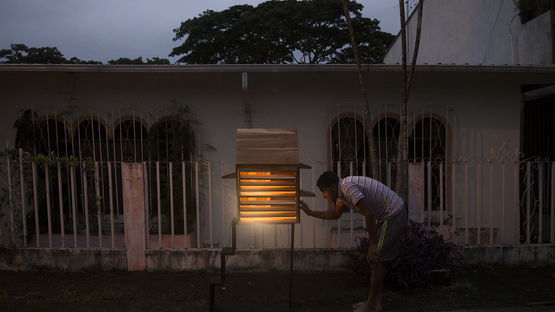 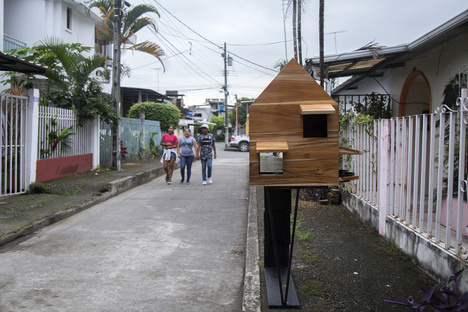 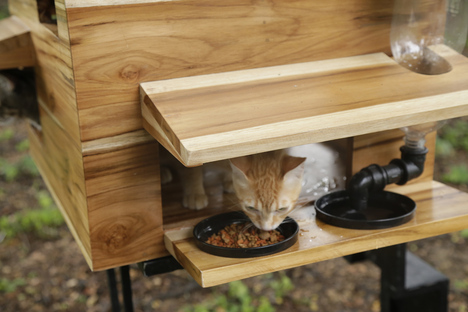 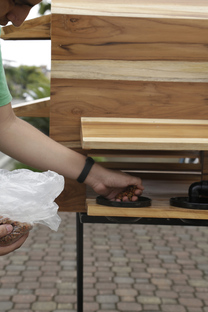 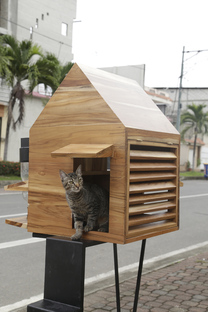 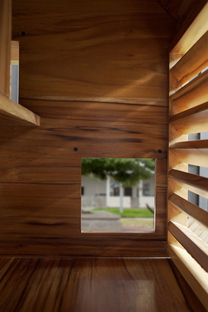 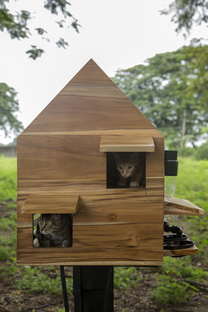 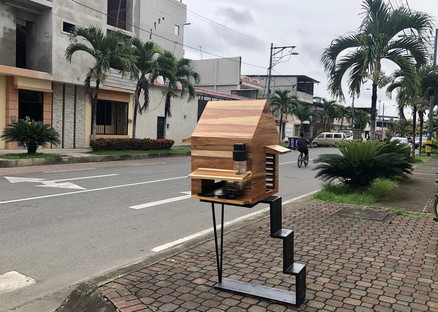 Natura Arquitectura Futura and the House of Prayer