The Lookout Spike, a lookout point by Mjölk architekti

The Czech studio Mjölk architekti has created a new lookout point near the town of Tanvald, in North Moravia. Although it is an element inspired by the nearby bobsleigh track and therefore characterised by a decidedly futuristic formal appearance, it gracefully fits as a new landmark in the surrounding landscape. 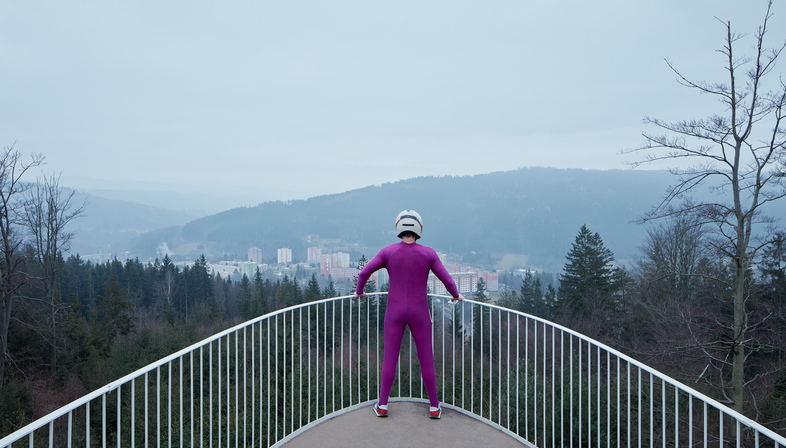 The long series of structures conceived to ensure greater usability of the landscape, which we often like to cover in our pages, is a clear sign of human beings’ marked interest in their context. An interest born from a need for survival, in the original form of a watchtower used for guarding the territory, later adapted into towers for hunters and finally, in fact, into lookout points for people curious to discover what surrounds them, observed from a privileged viewpoint.
Nowadays, these architectures are becoming real tourist attractions, creating added value for the place where they are constructed as they allow easy access to the landscape. We can in fact, talk about a separate architectural discipline, as the architects from the Mjölk Architekti studio explain. They know something about it, because for many years – among their other projects – they have been dealing precisely with the design of specific structures immersed in the landscape. As the architects explain in a press release, these structures "are built against a background of dense forests, fog, clouds and hills. One works on the scale of anthills, as well as entire landscapes, and the only real and lasting context is the starry sky."
The Lookout Spike, their last completed lookout point is part of a series of five lookouts that the studio founded in 2010 by Jan Vondrák and Jan Mach have completed in the last ten years. In this sense, The Lookout Spike concludes a decade of the Mjölk architekti's exploration of constructions in the great outdoors, one of the firm's particular interests.
Each intervention stems from the different approaches to the various sites, making the series of lookout points a showcase of architectural forms "always based on a careful analysis of the site and the rationale behind each design." This explains the diverse nature of the individual concepts. In the case of The Lookout Spike, the construction stands on the upper rock of Malý Špičák, a 678 metre high mountain, near the town of Tanvald, in North Moravia. The lookout offers breathtaking views across the valley where the Desná and Kamenice rivers flow. The ares is known to winter sports fans for the presence of the Tanvald bobsleigh track that used to start here. The remains of the bobsleigh track can still be seen in the slope of the Malý Špičák, a fact that also explains the fluorescent suit worn by the model featured in the project photos, in tribute to the regional sporting heroes who fearlessly descended the steeply curved track with their shiny bobs.
As the architects explain, for them the goal was "to create a small but distinctive architecture. A building as delicate and elusive as a dewdrop that barely touches the rock." Precisely for this reason, the lookout has three thin steel legs and a shiny belly that reflects granite, trees, people and sky. The viewing platform reminds us a bit of a bobsled, but also of a spaceship. It is accessed by a metal stepladder and offers views of Tanvald and of the surrounding mountains.
But the beauty of The Lookout Spike is that even from below, without climbing it, one can simply enjoy the view of the architecture itself. Thanks to the mirror material used, the image reflected on the curved surface below is distorted, while the colours and reflections are continuously twisted and mixed in the eyes of spectators. A small, but incisive landmark, where architecture and design choices minimise the impact on the territory, while enriching the personal experience of those who go there. 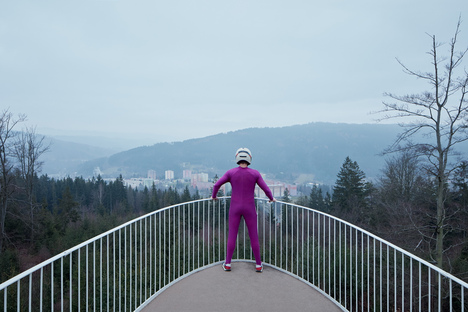 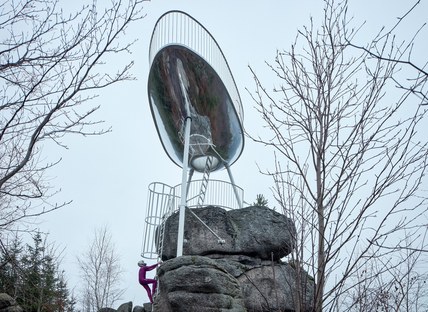 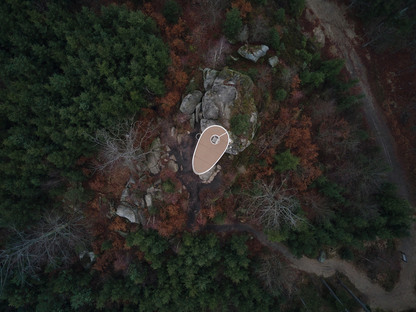 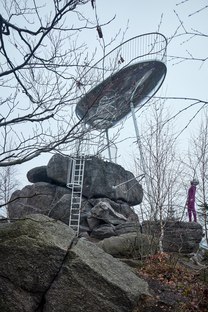 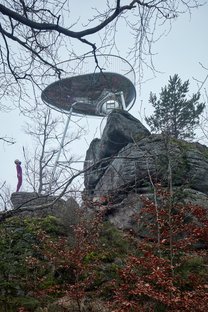 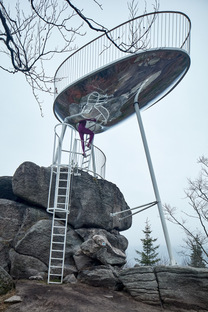 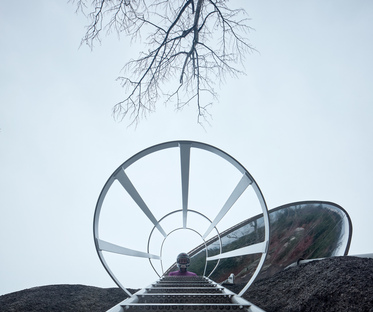 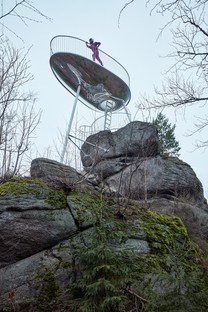 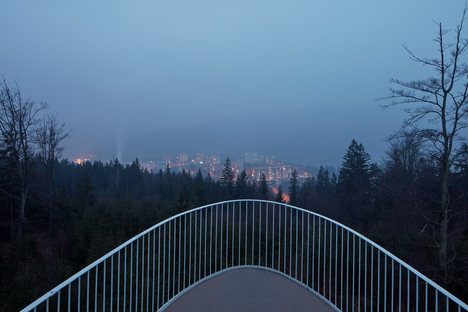 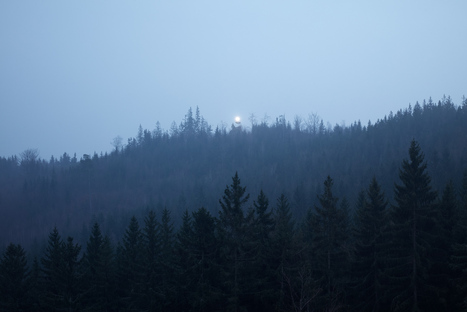