The TWA Flight Center by Saarinen has reopened at JFK Airport, New York

MCR and MORSE Development have reignited the magic of Eero Saarinen's landmark 1962 TWA Flight Center at JFK Airport, restoring it and reimagining it as a first-class hotel. 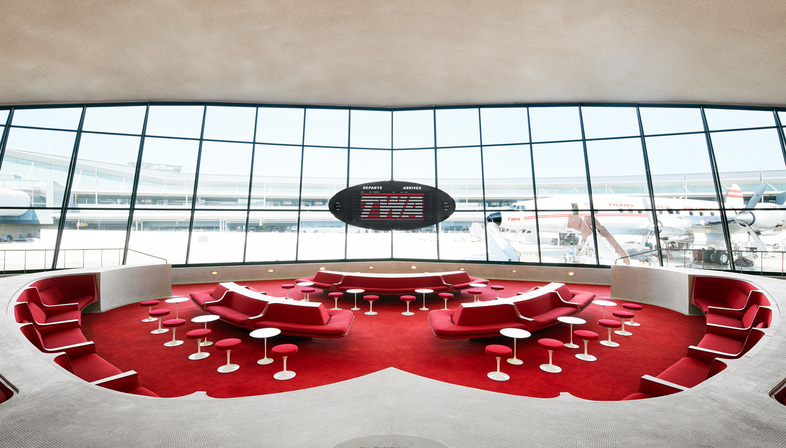 MCR and MORSE Development have reignited the magic of Eero Saarinen's landmark 1962 TWA Flight Center at JFK Airport, restoring it and reimagining it as a first-class hotel. An architectural icon whose beauty promises guests and visitors a unique, LEED-certified experience.


The team of MCR and MORSE Development were tasked with bringing back a landmark building to its original glory and setting up for a new end use. The building is the iconic 1962 TWA Flight Center designed by Eero Saarinen, abandoned for almost two decades and operationally obsolete soon after originally opening because the parking bays were too narrow for side-by-side widebody jets.
The TWA Flight Center is a significant building for lots of different reasons. As a work of architecture, the terminal was the last building designed by the legendary architect, Eero Saarinen, completed posthumously in 1962. Not only that but the opening of the TWA Flight Center in all its jet-age splendour marked a shift in the history of plane travel where middle-class Americans could now afford to fly, a symbol of the golden age of flying, the time when travellers were not restricted by economy class or security concerns. Of course, it’s also significant in terms of the building’s historical preservation, a major challenge that the team commissioned with the extension and renovation project responded to with great delicacy and grace. They have returned to the general public architecture with all the splendour of its time combined with every mod con you would wish for, at the same time focusing heavily on sustainability to the point of achieving LEED certification.
The 512 rooms of the TWA Hotel are located in a pair of new buildings behind the historical terminal that reference the momentum and forms of the original architecture. They feature authentic mid-century furniture and lighting designed by Saarinen, as well as vintage TWA advertising posters. The sound is muffled by a glass curtain wall that is 4.5-inch - or 11.43-cm - thick, so you can watch planes taking off and landing at nearby runways to your heart’s content but the noise won’t bother you at all!
New York-based architecture firm, Beyer Blinder Belle is responsible for restoring The Sunken Lounge returning it to its original 1962 design right down to the signature chilli pepper red colour of the carpet. There are six restaurants throughout the TWA Hotel, and the Paris Café overseen by celebrated chef Jean-Georges Vongerichten is the most visually outstanding. Located on the mezzanine floor of the terminal, the 200-seat restaurant takes up the entire footprint of the original Paris Café and Lisbon Lounge that closed when the terminal stopped operating in 2001.
Another gem is the meticulously restored Lockheed Constellation L-1649A 1950s passenger plane that made a journey from the Auburn-Lewiston airport in Maine to JFK. The 1958 airliner has been converted into a cocktail lounge just outside the new hotel and is just one of the eight bars available for guests. No detail has been overlooked in the “Connie” - even the cockpit was restored with its original controls and features the figure of a hula girl on the dashboard.
In addition to the architectural and design aspects, in developing the new hotel a lot of attention was also paid to its visual identity with the creation of a new typeface by Pentagram, called Flight Center Gothic and based on the brand and signage that the Finnish-American architect, Saarinen had designed for the airport building when it was inaugurated in 1962. From restroom signage to shampoo bottles, the new font is intended to bring guests “back to the future” by incorporating vintage details in new formats.
The TWA Hotel, connected to JFK Airport’s Terminal 5 by the same iconic tubes designed by Saarinen is sure to become a new highlight for architecture and design lovers everywhere, and even if you’re not staying here you can still take a dive into the history of last century at the museum celebrating TWA's history and the Jet Age. 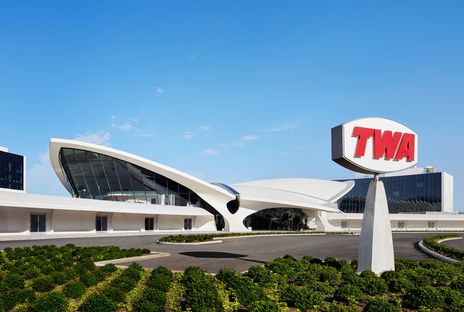 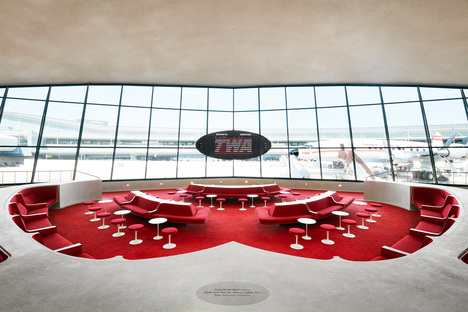 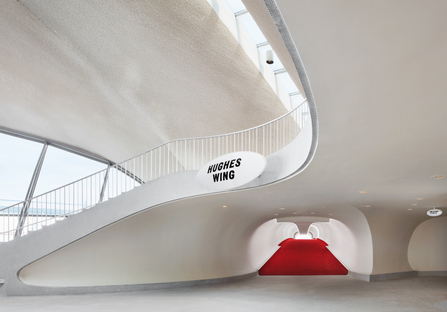 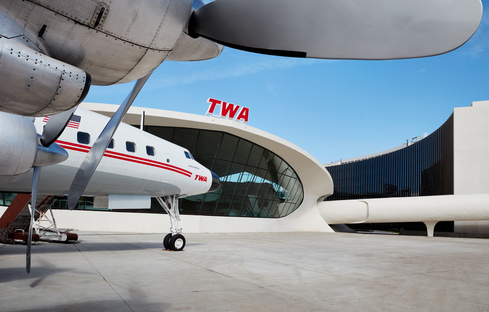 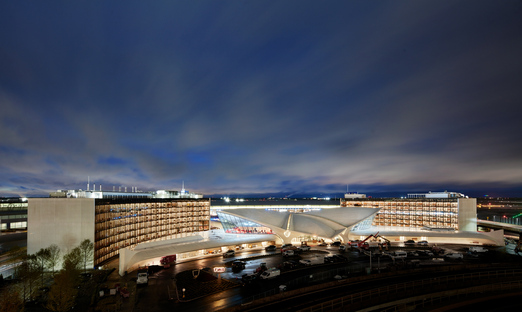 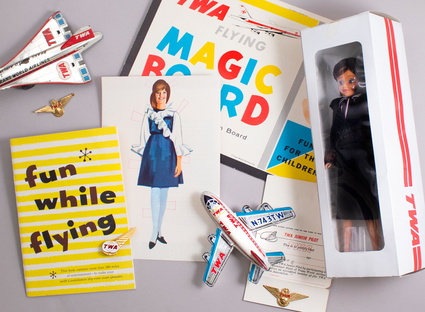 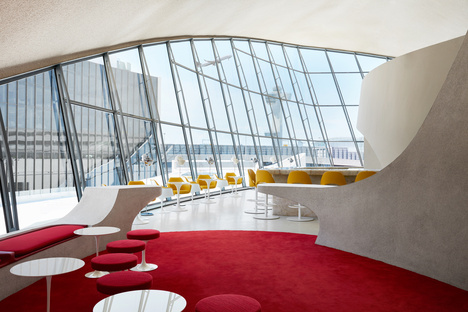 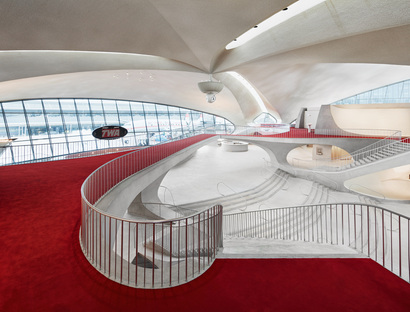 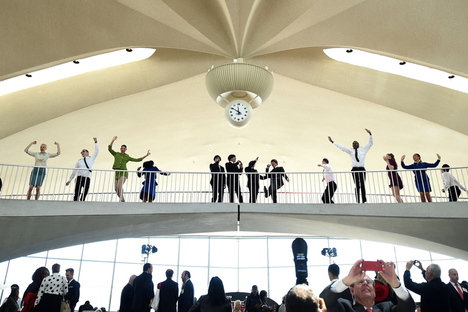 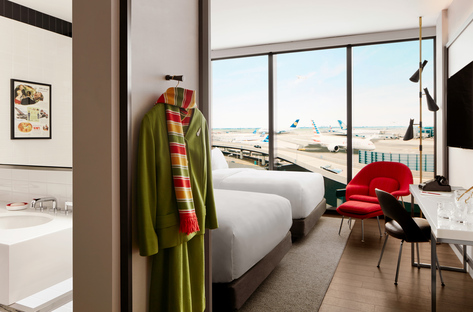