The 2019 edition of designjunction 2019 has returned to the London Design Festival’s newest Design District, King’s Cross N1C. An exciting creative area presenting a wide-ranging programme and large installations like Steuart Padwick's giant “Talk To Me” sculptures. 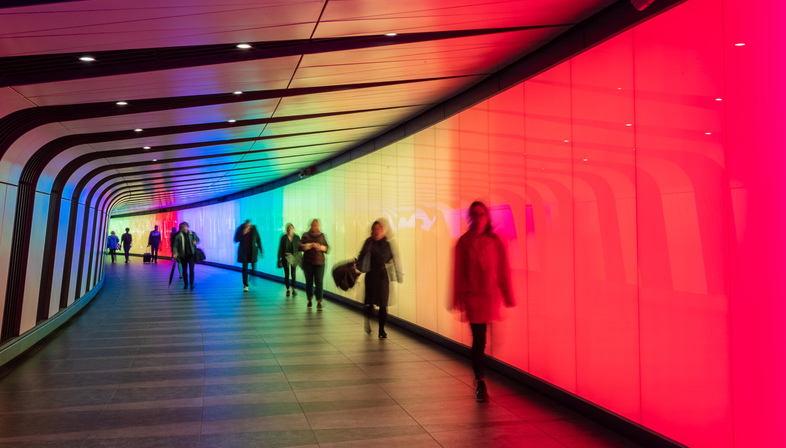 The London Design Festival is the UK capital’s major design event which ended a few weeks ago. As part of the 2019 edition, the designjunction show returned to London’s newest creative quarter, King’s Cross Design District. designjunction is London’s leading destination for contemporary interior design and culture and is held annually during the London Design Festival in September. The exhibition presents over 200 world-class international brands and smaller cutting-edge labels to an audience of design professionals (architects, interior designers, retailers and media) as well as consumers.
King’s Cross, already home to some incredible design brands, saw some of the biggest names in the area open their doors to the public, presenting exhibitions, installations, talks and much more. In addition to furniture and design designjunction launched hundreds of product launches, over 70 pop-up shops. Creative collaborations in Coal Drops Yard, immersive installations and a series of talks and debates at the Everyman Cinema. Coal Drops Yard hosted a commissioned landmark project by Martino Gamper, a playful installation which mimics the exterior of a disco facade, in memory of the turbulent history of these reclaimed historical sites. Once the marshalling yards of the industrial revolution, these Victorian brick viaducts have served as film sets, been home to counter-culture artists, and for a decade, hosted some of London’s biggest rave parties.
Vestiges of the past are everywhere. Remarkably, much of the Victorian industrial architecture has survived. Today, reimagined, it provides the backdrop for something that’s very London, and very much now. Here are some of the highlights of the show that took place in the King’s Cross creative district.
Visitors couldn't miss multi-award-winning British designer Steuart Padwick's 5.5m high sculptures “Talk To Me”, which was the most photographed and shared project of designjunction. Positioned on the King’s Boulevard walkway leading to Granary Square, Padwick's sculptures towered above visitors in support of mental health anti-stigma campaign, Time To Change. As visitors approached the breathing interactive giant wooden figures, they could hear poignant and uplifting words read aloud by notable names of British culture. Brighton based artist Lois O'Hara's colourful totem poles guided the way through Coal Drops Yard.
The creatives from Yamaha Design Studio + Keechdesign encouraged visitors to rediscover the joy of play with “re/assemble”, a collaborative and interactive exhibit of designed objects. The two studios challenged eight UK-based designers from brands including Nikon and Hitachi, as well as from design and architecture studios including Rients and Sabotage Design, to team up and create toys that offer a new purpose or experience value, whatever the age of the user.
Headline Partner Rado continued to support emerging design with the third edition of the Rado Star Prize UK. The Judges Prize was awarded to Plymouth University recent graduate Huw Evans In addition to Huw’s design, the other nine projects which were shortlisted for the prize were displayed in The Light Tunnel alongside installations from two leading lighting brands, Anglepoise and Haberdashery.
The ninth edition of designjunction confirmed the show as the place to be at the London Design Festival and we’re already curious about what surprises it will hold for us on the occasion of its tenth anniversary next year! 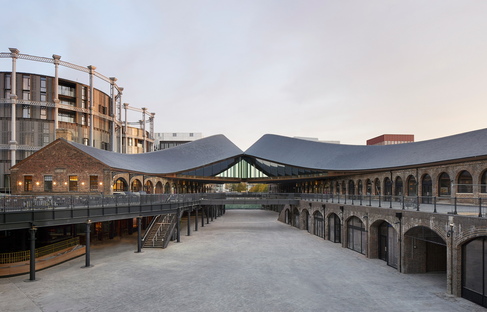 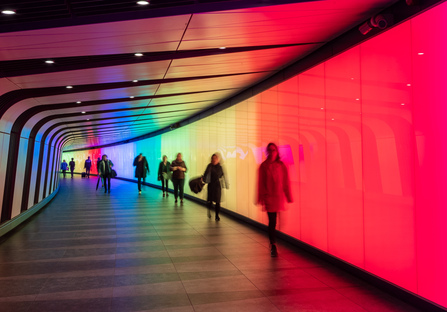 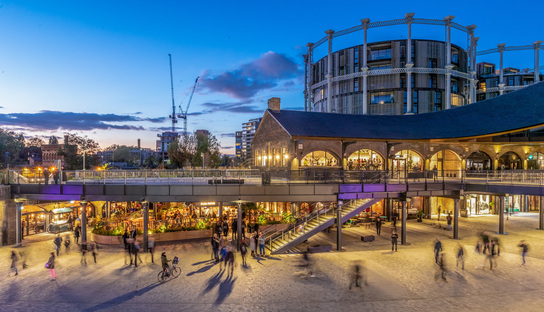 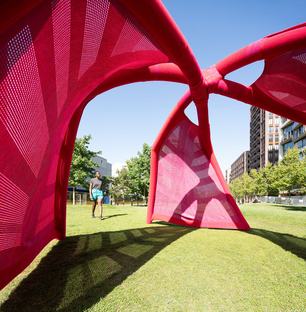 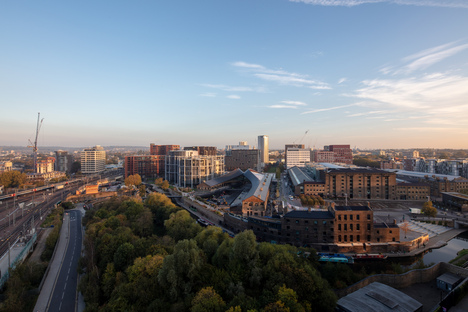 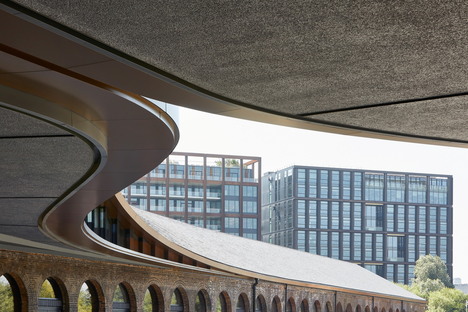 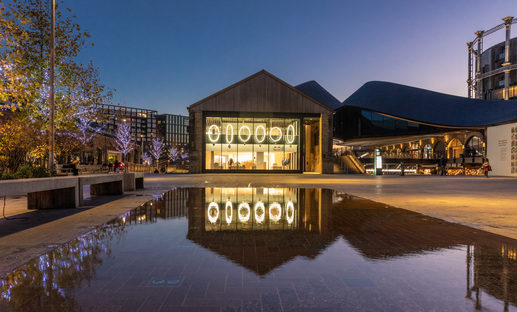 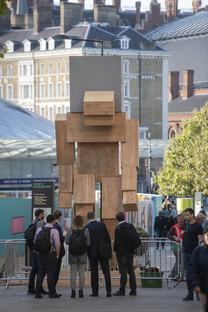 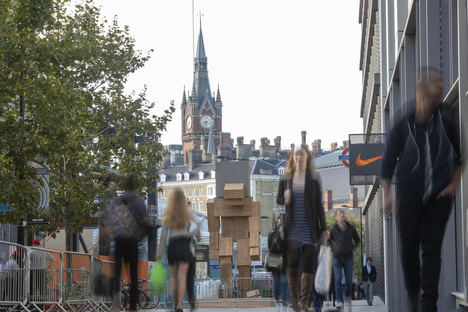 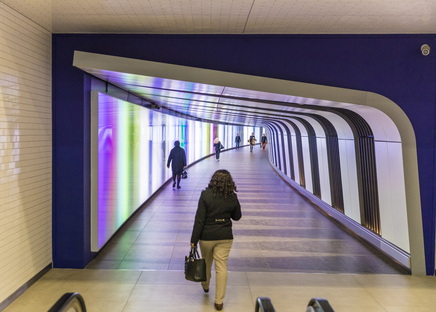 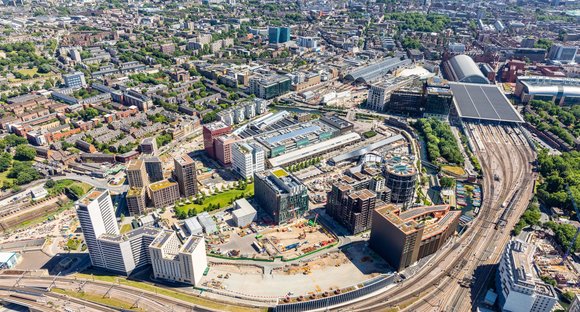 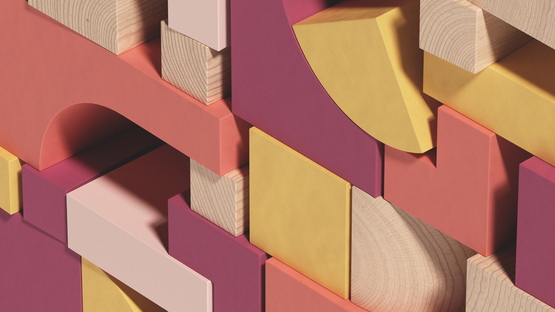