French-based practice, Atelier du Pont designed Crystal Box – a small block of eight units. This was the first example of social housing in the French capital - in 2010 - built in accordance with the “Plan Climat de Paris” to improve sustainable performance in architecture. 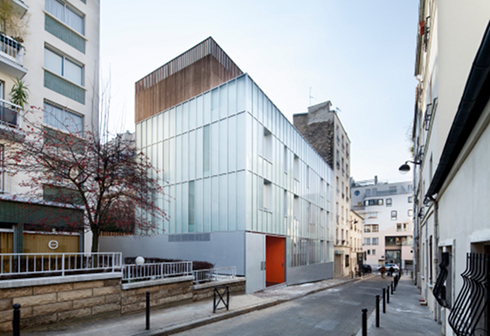 The square volume is located in the mixed urban context not far from Père Lachaise. It makes no attempt to hide its contemporary soul, discernible on the street front by a skin whose textured glass varies to suit the degree of privacy required by the occupants. 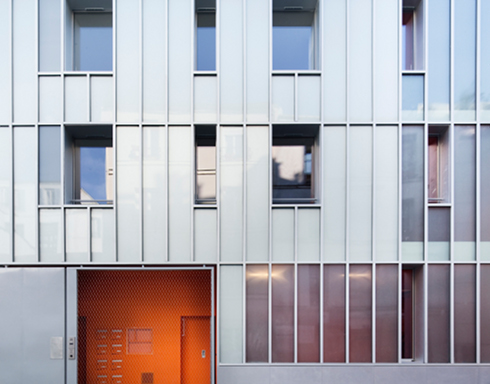 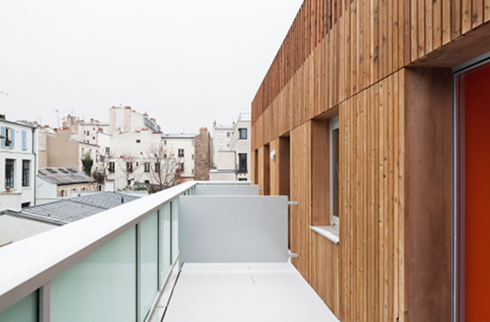 This extensive use of glass maximises the natural light flowing into the apartments and the communal areas. The dominant colour in the communal spaces is orange, which offsets the monochrome glass.
Conversely, the pine clad courtyard side appears to be a natural extension of the garden, toning down this more intimate façade. 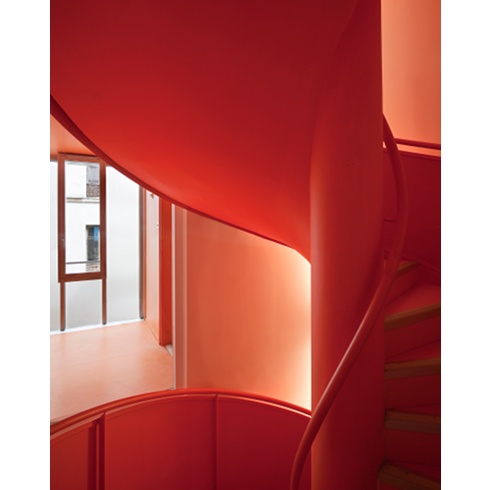 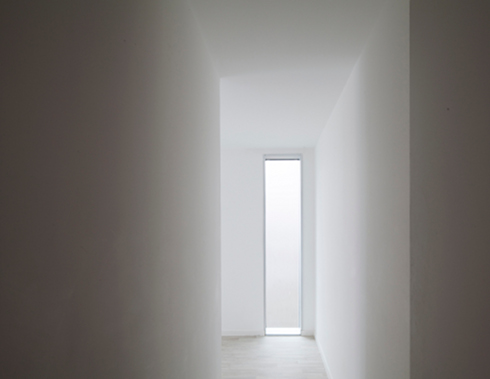 The true linchpin of the project is its environmentally friendly core. Crystal Box was in 2010 the first example of social housing in the City of Paris, which responds to the dictates of the so-called “Climate Plan”. So the architects from Atelier du Pont approached their design with energy saving in mind, reflected in the natural light that flows into the block, thanks to the opalescent, translucent and luminescent glass, and in the orientation of the spaces and the building’s thermal performance, with a rating of 50kWh/m2 a year. 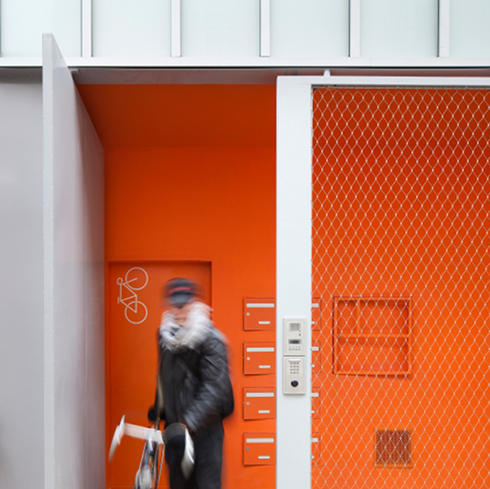 A green core clothed in a skin that hints at the sustainable urban renewal. 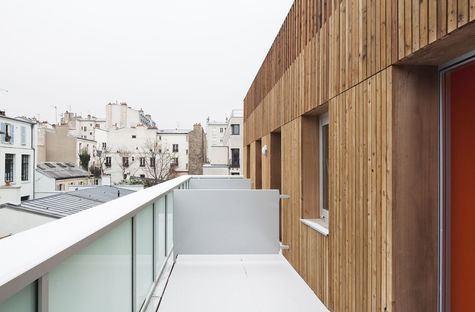 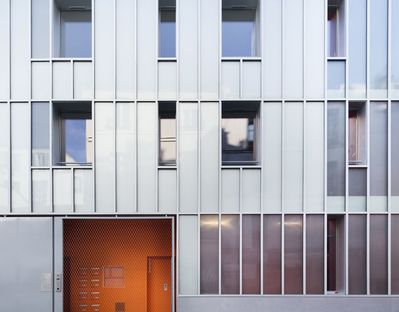 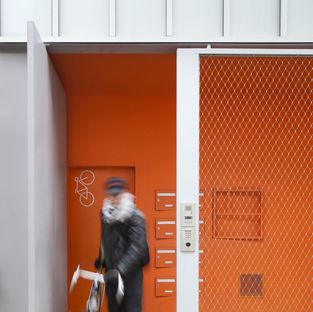 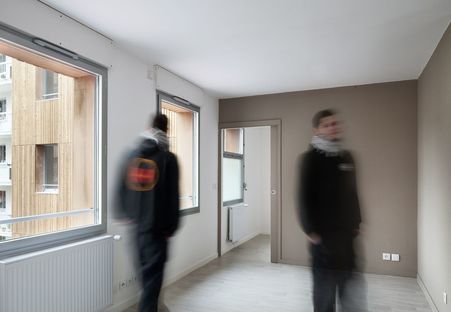 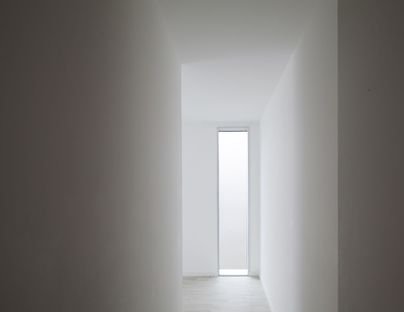 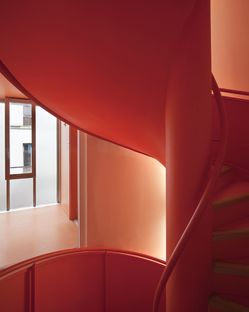 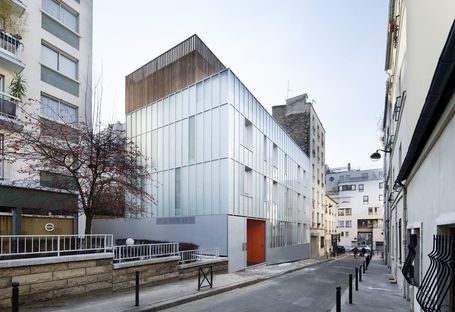