Belmonte Calabro in the province of Cosenza hosted the third edition of Crossings, an architectural design workshop. 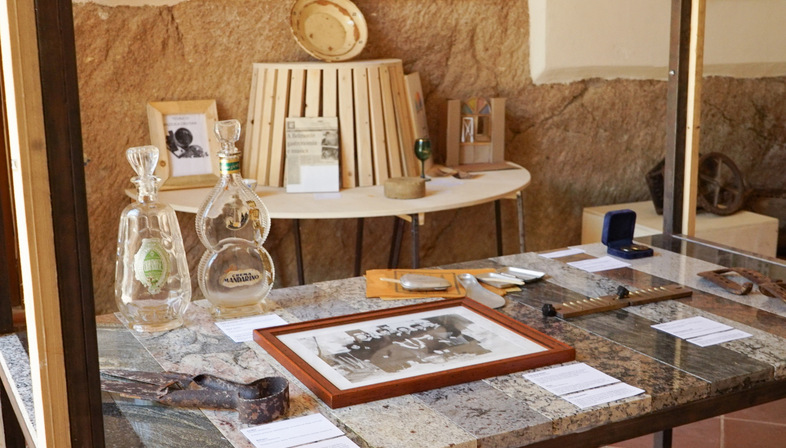 Belmonte Calabro in the province of Cosenza hosted the third edition of Crossings, an architectural design workshop. This year's Crossings focused on the Municipal Library to turn it into a place linking migrations.


Among the numerous initiatives associated with the world of architecture this summer, we would like to draw our readers' attention to a very special project in a place off the beaten track: Belmonte Calabro in the province of Cosenza, four kilometres from the Tyrrhenian Sea. Belmonte is one of the most interesting and best preserved historical centres of the southern Tyrrhenian coast of Cosenza and has a population of about 2000.
This was the scene of the third edition of Crossings, an architectural design workshop created at the behest of the “Le Seppie” cultural association, founded by a group of former students of the London Metropolitan University (Rita Adamo, Florian Siegel and Matteo Blandford), in collaboration with the local “Ex Convento” association.
Since 2016, Le Seppie has been pursuing its work in this town that suddenly turned into a frontier. Because this is where migrants crossing the Mediterranean arrive and people who move to work elsewhere depart from, a town between migratory phenomenon on the one hand, and depopulation on the other, symbolising the great demographic changes taking place in Italy (link CNAPPC article). Here, Le Seppie are exploring ways in which research, design and technology can be used to improve the cultural and social fabric of rural communities, also at the centre of the research presented at the Biennale in the Italy Pavilion (link).
So, “Le Seppie” therefore propose a radical rethink of the collective imagination and the spaces, this year based on the Municipal Library of Belmonte, a building in the main square of the old town that is rarely used because of the town's population decline. The project to convert the old storeroom on the ground floor of the Library is the result of a workshop developed by Le Seppie in conjunction with Orizzontale, a collective of architects based in Rome, and Sandra Denicke-Polcher and Jane McAllister, academics at London Metropolitan University, The Cass.
The creation of this new discussion space for together with refugees from nearby Amantea, students and locals started with the theme of the threshold to cross (crossing), and then took shape with a wooden structure: a Wonder Living Room, to host an exhibition of sentimental and historical objects, selected and collected from amongst the locals during the workshop days, which tell the story of the traditions of Belmonte and its new contemporary character. The structure built here will remain available for ensuing events and exhibitions.
These architecture activities were joined by an experience of stop motion animation and films. Under the guiding hands of professors Mark Collington and Naomi Groves, also from the London Metropolitan University, the participants from the village community and from the refugee centre in Amantea selected images and sounds that they associated with where they came from and their destination. The results were screened on the outside walls facing the square, with the goal of creating a hybridised version of the different places to tell the story of the new cultural identity of Belmonte in order to propose the mix of cultures as a tool for social change by sharing skills and cultures.
From 2 to 9 July 2018, the events, projects, as well as shows and food under the Crossings umbrella crossed the old town of Belmonte: students from different countries, professionals, refugees, architects and academics, alongside the Belmonte locals, tried out a new concept of sharing, of crossing and of reimagining spaces and frontiers. An important sign. 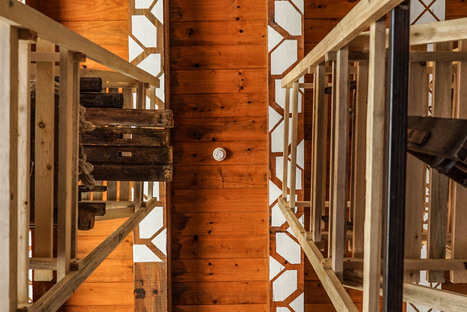 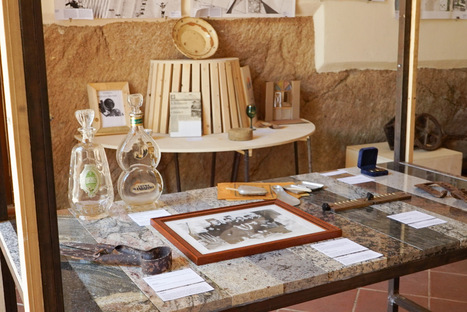 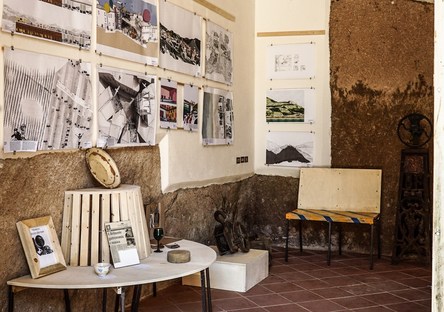 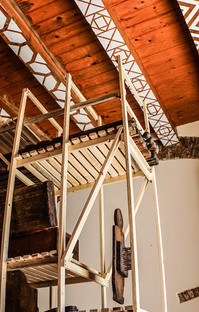 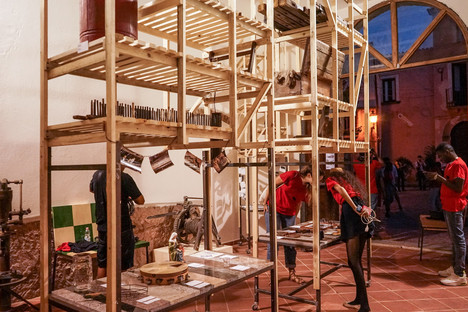