The new public elementary school in Rockford, Illinois came into being as a result of the collaboration between the architecture studio CannonDesign and the students. 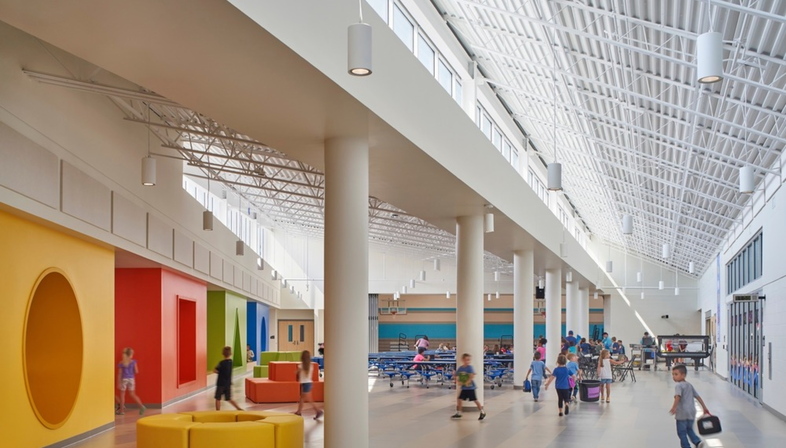 The new public elementary school in Rockford, Illinois came into being as a result of the collaboration between the architecture studio CannonDesign and the students. By designing with the children rather than for them, the new school building has become a place they can really call their own.


CannonDesign was involved in crafting a school that came about by means of an approach based on actively involving the children in the process of designing their learning environment. Because children are a segment of the population with essentially zero political power, except by proxy. The school board of the Rockford Public Schools district decided to give this dynamic the heave-ho and experimented with involving both the architects from CannonDesign and the kids themselves in the design.
This occurred in the city of Rockford, Illinois where many students have disadvantageous, difficult and even traumatic home lives. The district holds “morning briefings” with their students,  designed to help them release any negative energy they may hold, so they can best face what the new day throws at them.
Recognising the importance of these “morning briefings” with students, the team of architects identified a need for more programmatic space to make sure they continued to take place. Balancing budget and space constraints, the CannonDesign in collaboration with Rockford 4th grade students designed a kind of covered town hall at the centre of the building.  In addition to providing a home for the briefings, this “common room” unites the school’s gymnasium, cafeteria, art spaces, library and other public spaces, making it the real focal point of the school.
The central town hall is surrounded by grade-level learning communities, specifically designed to the needs of the distinct age groupings: kindergarten, first and second, third and fourth and fifth grades.  As a result of engaging students in the design process, the school moves away from traditional features - such as long corridors and fixed, immovable classroom objects that inhibit interaction and skill development - to embrace a more open village design concept. This concept creates hubs for connection throughout the building and enhances a sense of community.
Kindergarten-age children starting school for the first time can easily be intimidated by the size of the school building - almost 8,000 square metre - so, to help eliminate that intimidation, and with the help of the children’s drawings, the architects created unique spaces that are visible from the street.  So, each space has unique geometric windows with different colours that break the scale of the school down to the one-room schoolhouse, allowing the kindergarten students to understand their space in the larger community.
The bespoke furniture made by CannonDesign is integrated into the spatial concept as well as being an important part of the children’s learning process. This modular furniture can be pushed, pulled and repositioned any way the students want, so they can also learn while playing.
Finally, the architecture of the whole is designed to reflect the larger community of Rockford, Illinois. Drawing on the community’s agrarian and industrial roots, the new school facility is broken down into smaller, identifiable masses. The CannonDesign team has thus put together a new school prototype for both students and the community. 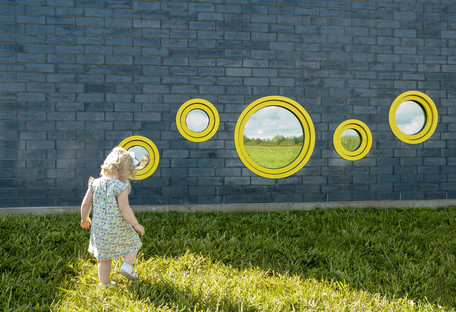 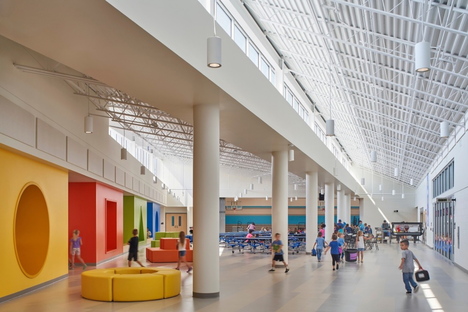 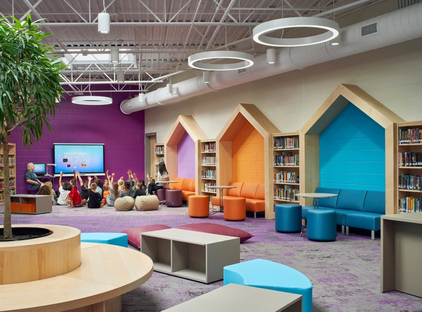 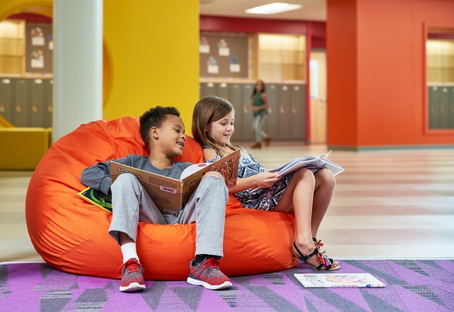 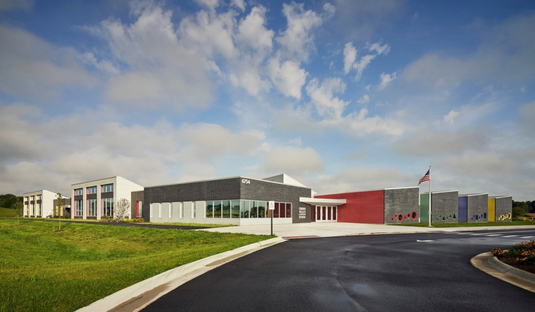 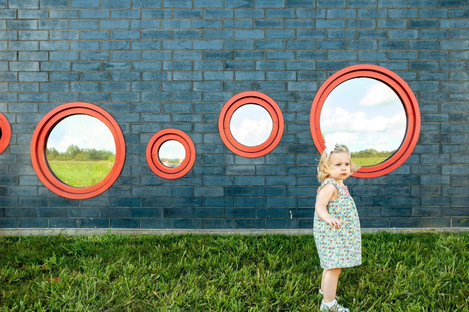 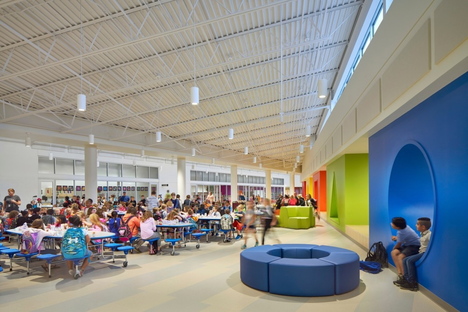 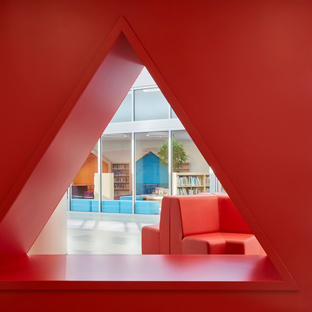 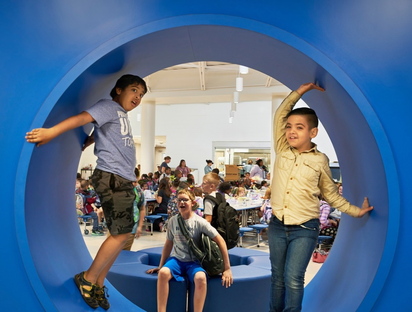 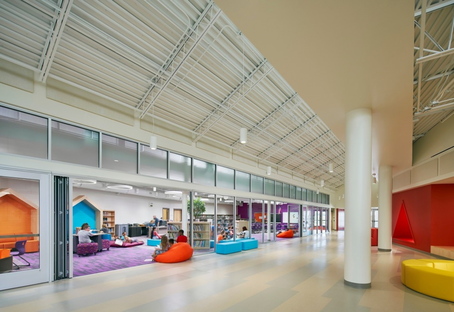 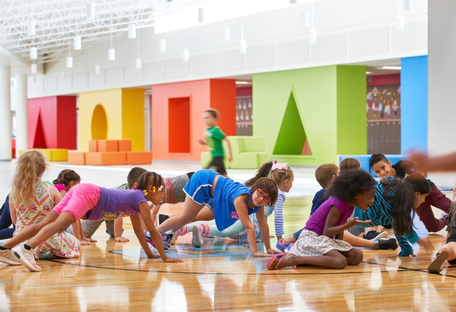 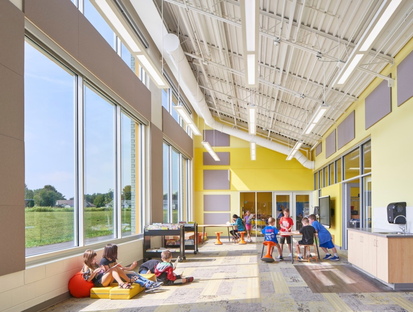 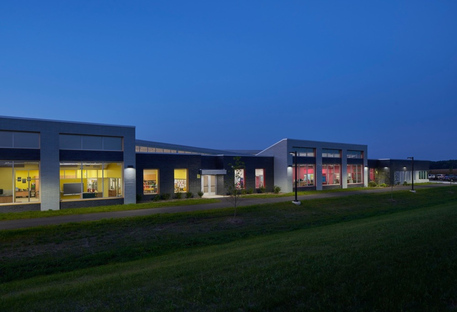