The Madrid-based collective, BOA MISTURA has this time worked in Bogotá, Colombia, creating a 5000 square-metre mural that forms the word “vida”, life.

The Madrid-based collective, BOA MISTURA has this time worked in Bogotá, Colombia, creating a 5000 square-metre mural that forms the word “vida”, life. Urban art involving the local residents, creating not just a colourful square but also a new sense of community.

BOA MISTURA uses street art as creative input to social change. They “infect” people with their colour and with energy and enthusiasm and this is why we have been keeping up with the work of these young Spanish artists since “Luz nas Vielas” in Brazil.

In September, they wove their magic in Bogotá, Colombia, a country shattered by domestic conflict that never seems to completely go away and that has forced almost 6 million Colombians to leave their homes and seek refuge elsewhere, the so-called internally displaced persons (IDP).
477 of these families have been relocated near the square in Bogotá where BOA MISTURA worked their art, and the same people were also involved in creating this huge street painting.

The mural is the result of a participative approach, and has become not just a way to decorate an undistinguished urban place by giving it its own identity, but also a way to help create the actual city community. Because it really is a unique experience to find yourself with other people, united by the same passion for a creative act that turns everyone's habitat into a special place. Even more so if you think that they had to leave behind everything to rebuild a new life here.

The artwork is composed of a giant leaf, formed of hundreds of small leafs that are arranged so you can read the word VIDA. Each of these leaves belongs to the most significant species of the country's diverse ecosystems, symbolising the different places of origins of all the people who live here now. It is also significant to see that the mural itself changes depending on where you observe it from, and you can only get an overall view of the whole thing from above, like a kind of hope that comes true.

BOA MISTURA has hit the the nail on the head yet again, showing the power of art as a driver of possible social change, within reach of everyone. And as a kind of paraphrase of the famous motto from the sixties, “make art, not war”, and not just in Colombia, of course. 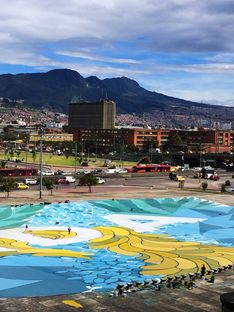 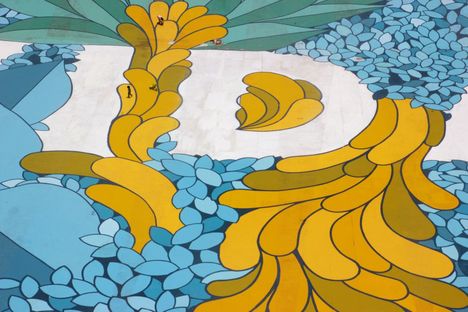 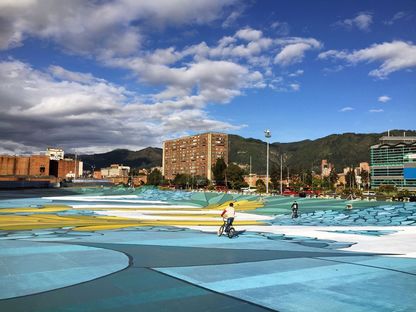 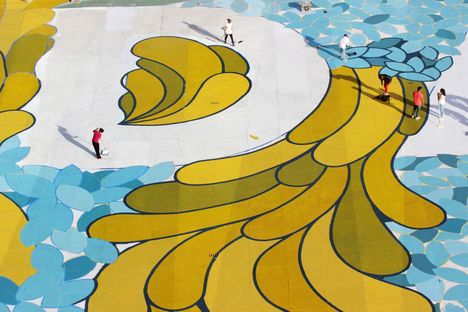 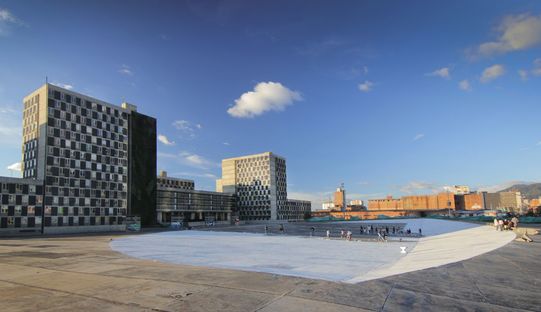 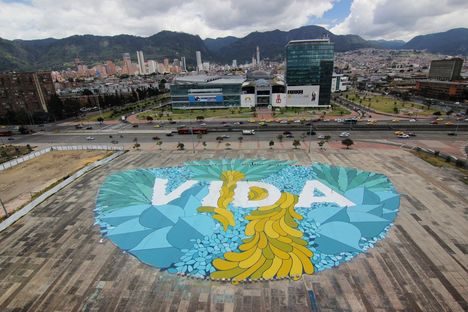 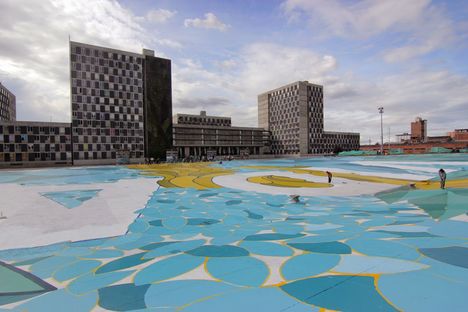