The Brazilian architecture studio, Frederico Trevisan Arquitetos completed the design of a home that elegantly brings together a connection with nature and a large family, all in the middle of the urban fabric of Campinas, Brazil. 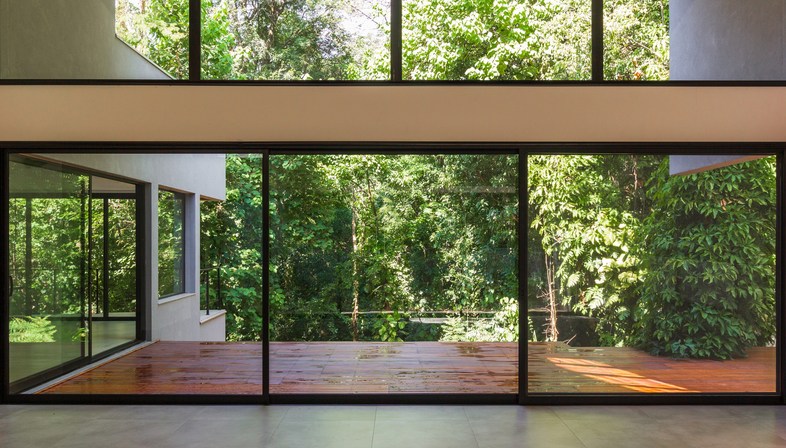 Campinas is one of the biggest cities in Brazil. Located 98 km from the capital of the State of São Paulo, Campinas covers an area of 801 km² and has an estimated population of more than 1.2 million. This makes it the third most populous municipality in São Paulo state, after Guarulhos and the capital, of course. Campinas was established in the first half of the XVIII century as Campinas de Mato Grosso, referring to its characteristic landscape, which originally comprised vast stretches of dense subtropical forests (mato grosso means thick woods in Portuguese). It was originally an outpost serving the Bandeirantes - literally “flag-carriers” - the Portuguese and Brazilian colonial explorers, adventurers, slavers, and fortune hunters who were in search of precious minerals and Indian slaves, in this case between Mato Grosso and the Amazon.
Part of this native forest still remains in the urban fabric of Campinas, and it is here that BD House stands, designed by the Brazilian architect Frederico Trevisan. The client brief was to create a sanctuary in this unique terrain, the perfect setting for a stylish and at the same time, sustainable architecture.
Its size and the lush vegetation gave the project some unusual features for a home in the middle of the city, setting the perfect scene for the occupants to contemplate nature, relax and socialize.
The design of BD House is based on attention to the natural setting, a precious resource that the client really wanted to protect, given that it is the real treasure of the site. So the project’s design and volume were guided by the direction of the sun, the topography of the land and the position of the trees. It was split into three blocks to make sure no existing trees were felled, and at the same time to be able to create openings to drawn in so much daylight. These windows frame some unique perspectives of the woodland. BD House fits in well with the outside environment, but at the same time, the occupants enjoy plenty of privacy from the road and the neighbours.
The main entrance is accessible from the connection between the two primary blocks, one of which houses the utility rooms and shared area and the other, the bedrooms and TV room. The garage is in the third block, which is detached from the main body of the home.
Large openings in the shared areas provide a smooth transition between indoors and outdoors. The sloping roof of the living room draws the eyes towards the woods and towards the two-level deck, a fundamental part of the project, connecting the areas and providing a place for the family to hang out together. The wide stairs lead down to the garden level and offer some great vantage points to enjoy the views.
The understated colours and finishing materials selected by the architect, Frederico Trevisan and his team give BD House a formal unity but at the same time leaves the lead role to the green woodlands that are the main drawcard for both the occupants and their visitors, as we can see in the photographs by the young Brazilian architecture photographer, Adriano Pacelli. 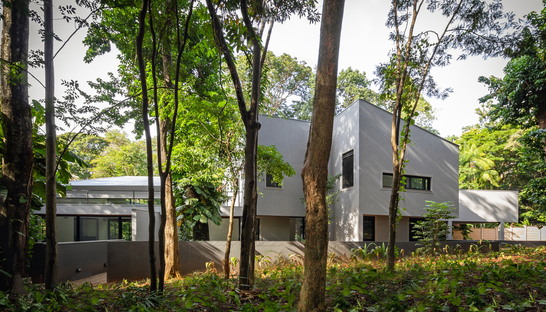 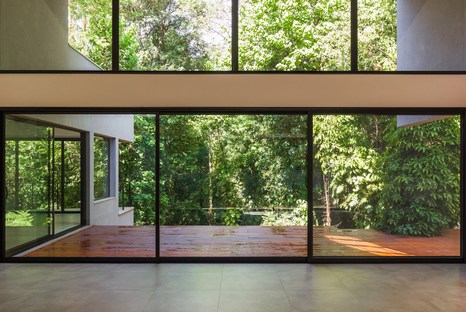 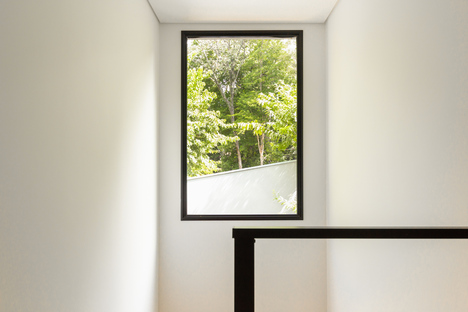 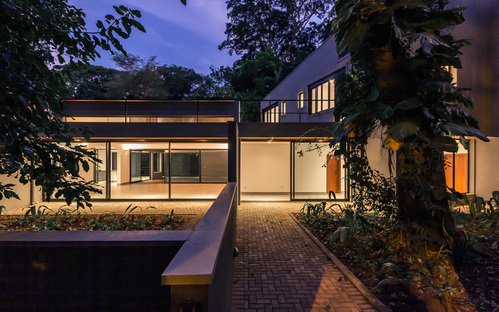 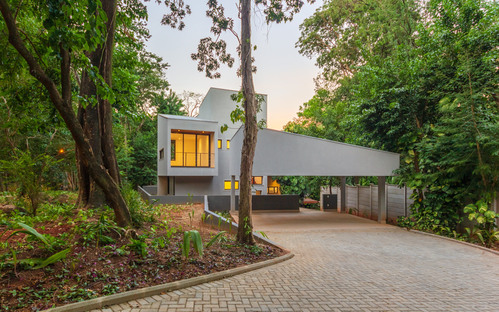 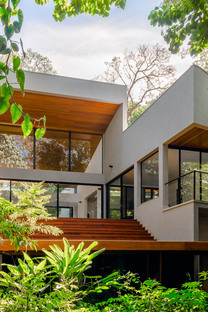 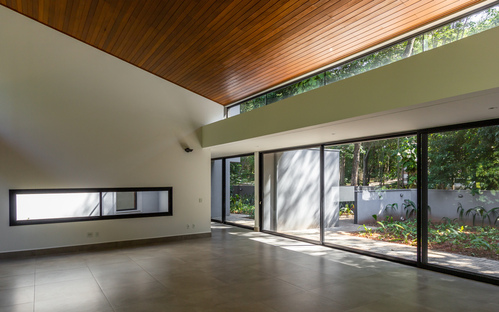 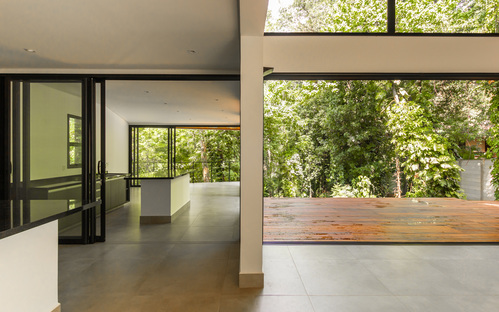 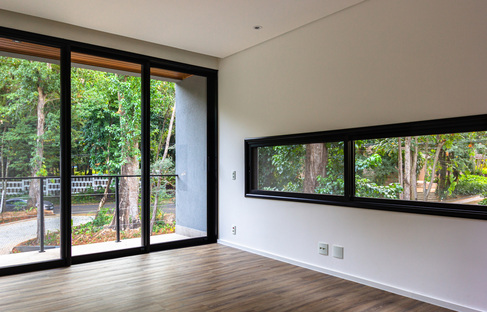 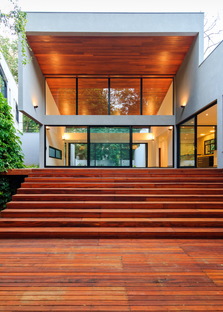 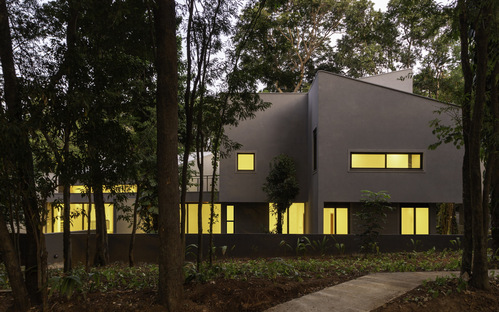