In Lugrin, a small village in the Communauté de communes pays d'Evian - vallée d'Abondance in France, ateliers o-s architectes designed a school building expansion based on the shape of the barn, an archetypal figure in local architecture, interpreted using new materials such as concrete and corten steel. 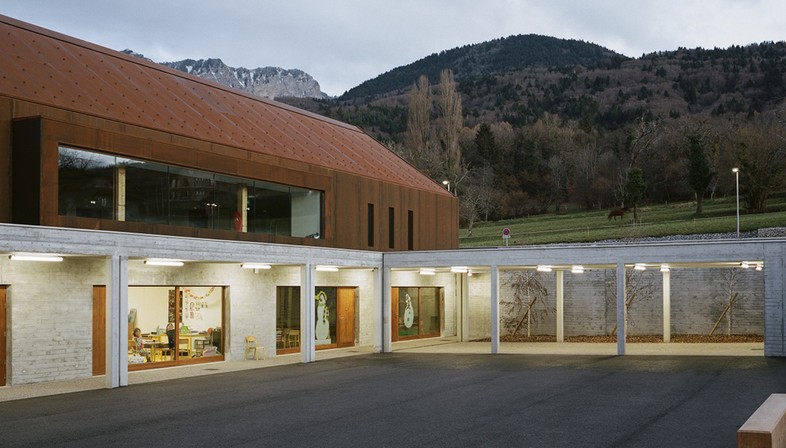 Ateliers o-s architectes designed an expansion for the school building in Lugrin, a village in France’s Communauté de communes pays d'Evian - vallée d'Abondance located in an enchanting spot across the water from Lausanne, with an outstanding view of Lake Léman or Lake Geneva. The village is located on the Swiss border, in the first foothills of the Alps, in an area characterised by a series of terraces surrounded by forests and plenty of greenery, with spectacular views.
Lugrin has seen a great rise in popularity and therefore in population and the number of schoolchildren over the past 30 years. Population growth led to a need to expand the school building, and three expansion and renovation projects have been performed over the years, most recently in 2004. These were followed by plans by ateliers o-s architectes, winner of the contest held in 2015, who expanded the school’s infrastructure with a new canteen, a new courtyard, three elementary school classrooms and a visual art room, as well as other common rooms. The architects then decided to build a unitary and rigorous new volume: a parallelepiped of corten steel resting on a bare concrete base solidly anchored in the ground. The new expansion establishes a close relationship with the existing structures, for the old school complex is composed of a number of adjacent volumes which fit into the natural slope of the land and allow the whole school to be interpreted as a single building. 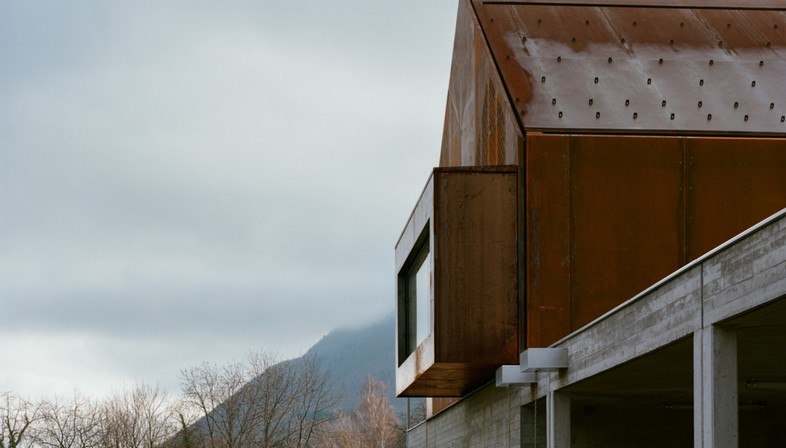 The expansion, with its double-pitched roof, is inspired by the figure of the barn, an archetypal construction linked with the local architecture, interpreting it with new materials: the corten steel covering the upper level and the bare concrete of the base. This differentiation through materials becomes a representation of the play of contrasts characterising the project as a whole, and an expression of the different functions of the expansion’s two parts, for the steel volume contains the new cafeteria and also serves as a multipurpose village hall, while the lower base contains the elementary classrooms. The new and existing constructions are connected on the ground floor through a covered gallery running along the side of the nursery and elementary school courtyards: more than a simple passageway, it is a colonnade that becomes a playground for the children. The new expansion extends out toward the landscape with the long, slender silhouette of its steel volume and interacts with its surroundings through big windows, creating interwoven views of inside and outside and framing views of the village and the magnificent panorama. 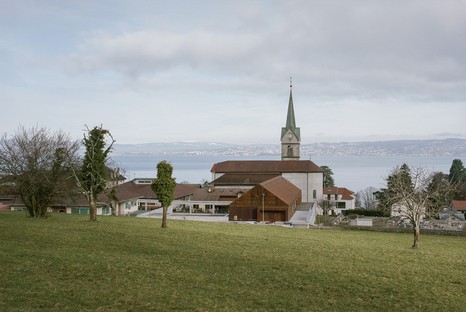 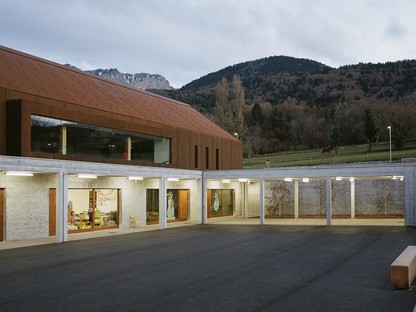 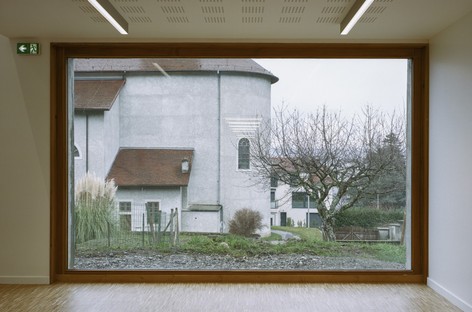 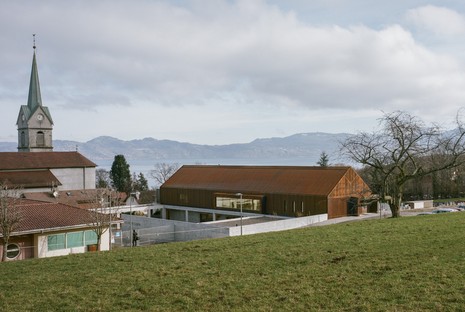 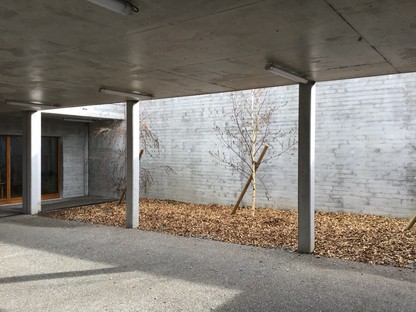 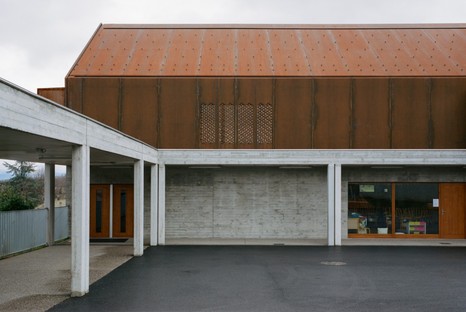 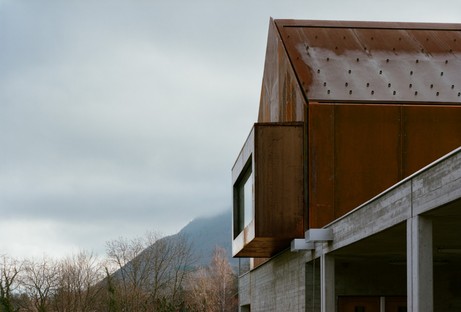 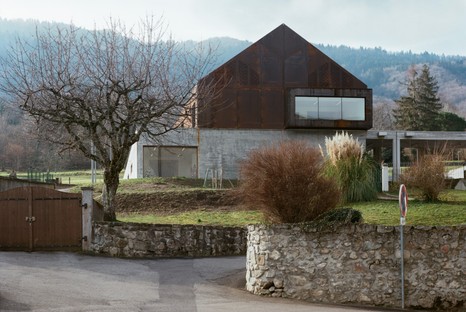