The new Balaguer Courthouse building designed by architects Josep Camps & Olga Felip of the firm Arquitecturia is located in one of the old quarters of the city, one of the most important historic centres of Arab origin in Catalonia. The project recently received the Silver Medal of the Fassa Bortolo International Prize for Sustainable Architecture. 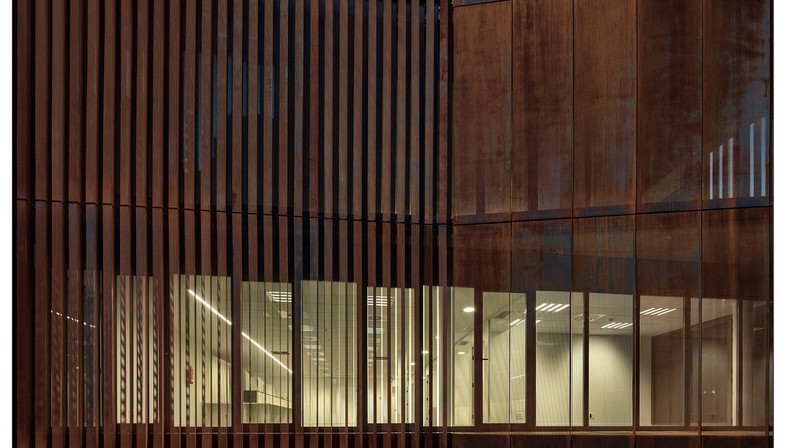 The firm Arquitecturia, established in Barcelona by architects Olga Felip and Josep Camps, recently received the Silver Medal of the Fassa Bortolo International Prize for Sustainable Architecture for the design of the Balaguer Courthouse in Catalonia, Spain.
The project by architects Olga Felip and Josep Camps is a new example of urban regeneration in a city fabric filled with meanings and memories, an area in which the firm already distinguished itself in the context of Next Landmark, the international contest promoted by Floornature. 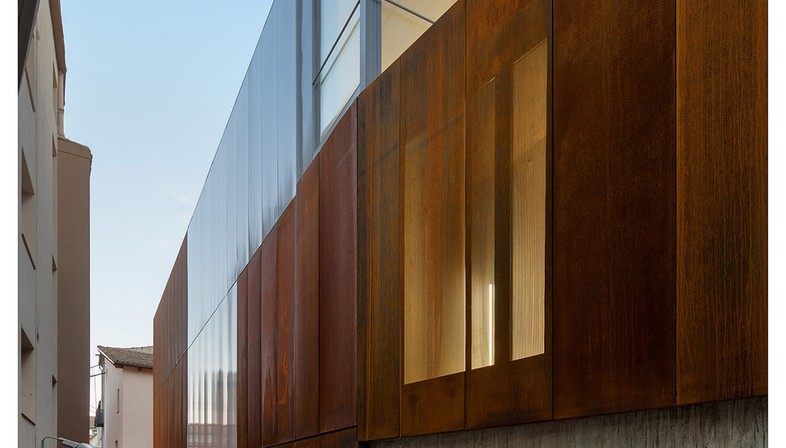 Architects Olga Felip and Josep Camps participated in the 2012 edition of Next Landmark with the project for the Ferreries Cultural Centre, which revitalized the Joan Monclús square and the Ferreries quarter of Tortosa. The conversion of the old market building into a cultural centre received honorable mention in the 2012 edition of the international contest held by Floornature. Arquitecturia approached the design of the new courthouse building of Balaguer, one of the most important historic centres of Arab origin in Catalonia, in a similar way to the project created in Tortosa.
The new building is located in one of the old quarters of the city, an urban fabric with a “harsh” topography, with irregularly shaped lots, restricted spaces, and extremely narrow, steep streets. The irregular morphology of the building designed by Olga Felip and Josep Camps adapts very well to this context. The architects modelled the volume of the new building based on the urban alignments, the porticoes and the other elements present in the setting. It took patient work to find a balance between the needs and requirements of the client and the complex, irregular context of the site. The shape and volume of the new courthouse responds perfectly to the scale and dimension of the buildings present in the urban context in which it is set. Inside, regular and functional organization of the work spaces correspond to the particular exterior morphology. 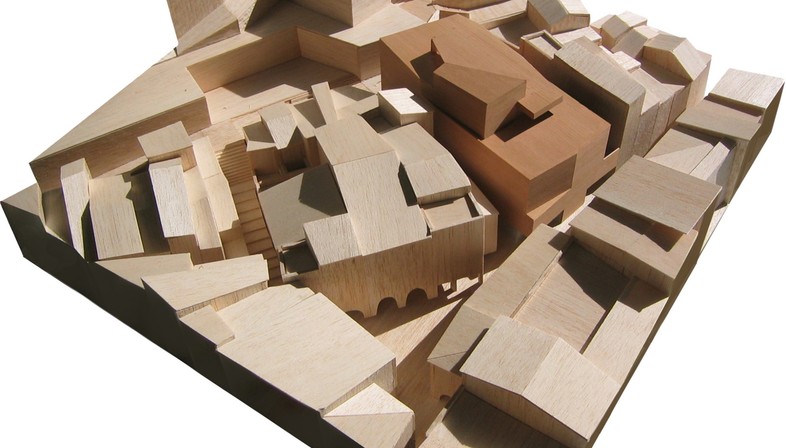 The jury of the Fassa Bortolo International Prize for Sustainable Architecture, headed by Thomas Herzog of Thomas Herzog Architekten and composed of architects Anne Lacaton, Xu Tiantian, Theo Zaffagnini and Nicola Marzot, particularly appreciated the work done by architects Josep Camps and Olga Felip on the building’s façade. The design, in fact, represents a successful and rigorous example of the direct application of Corten steel on the façade. Corten steel was chosen by the architects and used exclusively as the “skin” of the building for its homogeneous appearance and for its self-protecting capacity through the natural process of oxidation. With respect to the surrounding urban context, the metal roof integrates with the dominant existing colours of the city. The jury praised the architects for having achieved a high level of detail and differentiation. This project, despite the heterogeneity of the context, managed to combine a continuous abstract and conceptual vision with a concrete form, achieving an aesthetically convincing and harmonious result both inside and outside the building. 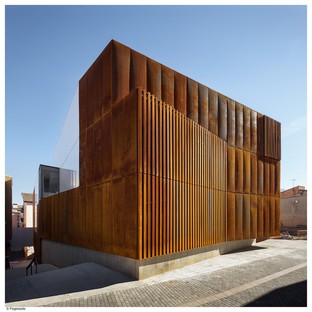 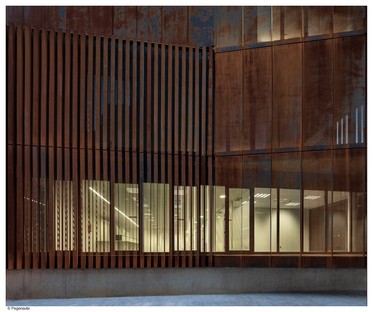 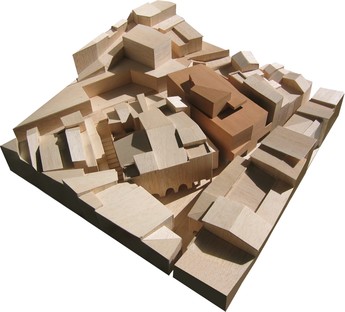 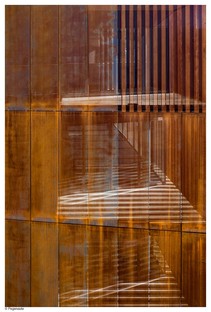 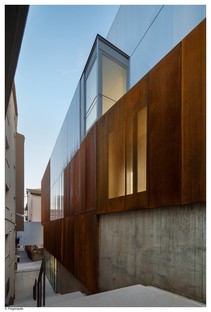 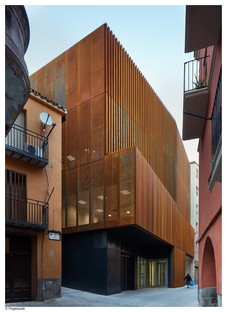 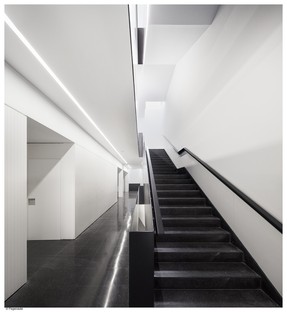 RMA Architects, Hathigaon housing for elephants and their caretakers