On April 29, the exhibition entitled "Aldo Rossi. Design 1960-1997" was inaugurated at the Museo del Novecento in Milan. With over 350 works on display, including furnishings and ordinary objects, prototypes, models, drawings, paintings and studies, the public is offered an extensive retrospective and an important visual testimony on the projects created by Aldo Rossi from 1960 to 1997. 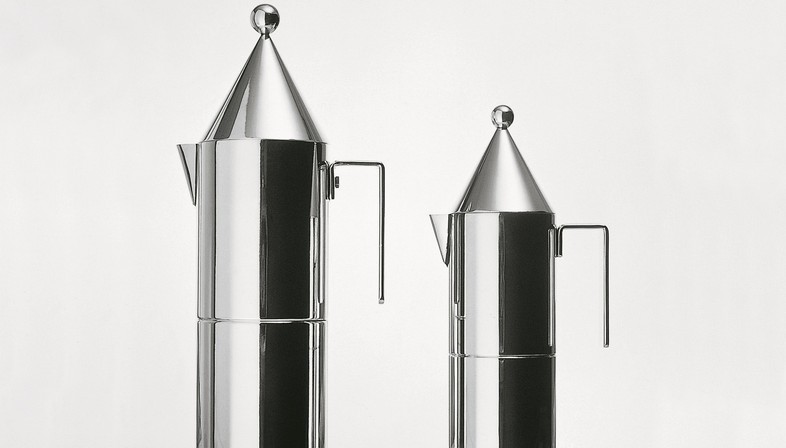 "Aldo Rossi. Design 1960-1997", the exhibition recently inaugurated at the Museo del Novecento in Milan, offers the public an "imaginative and spectacular" never-before-seen look through the more than 350 works including furnishings, ordinary objects, paintings and prototypes created by the Italian architect from 1960 to 1997. A collection of works brought together for the very first time thanks to the collaboration between important museums, corporate archives, public and private collections, Italian and international. A narrative that begins in 1960 with the first pieces of furniture designed and created together with architect Leonardo Ferrari, but already witnesses to Aldo Rossi's research on the relationship between the architectural and urban scale and the monumental and objectual one, which would characterise all of his future works. The exhibition continues through a selection of over 70 furnishings and objects designed starting in 1979, when Aldo Rossi began his collaboration with important industrial and high-end craftsmanship brands. During this period the Italian architect often experimented with shapes and colours, using different materials: metals, wood, marble, stone, ceramic, porcelain, as well artisanal and industrial fabrics and plastics. Years in which he brought to life furnishings and commonly used products that have become true icons of Italian and international design, some still produced today. 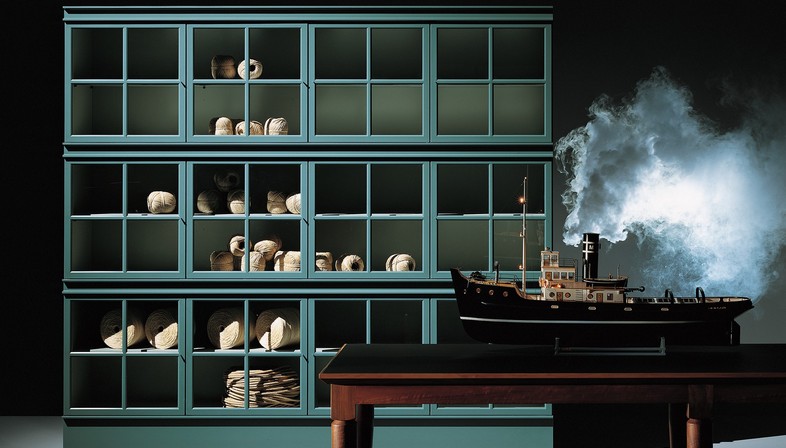 The exhibition is part of the activities of the Museo del Novecento, aimed at exploring the interdisciplinary dialogue between the different arts. A characteristic condition of contemporaneity and one which, in the multi-faceted figure of Aldo Rossi – architect, designer, theorist and critic – certainly finds a leading protagonist of 20th century visual culture.
The exhibition design, curated by architect Morris Adjmi from the MA Architects studio, collaborator and later Aldo Rossi's associate in New York, is organised into nine rooms. Each space represents an Aldo Rossi "universe", where a direct relationship can be perceived between the architect's graphic works and his handcrafted and industrial products, while references to his architecture and private space also emerge. Thus, for example, in the first room the direct relationship between painted image and objectual reality is introduced, while the second space is dedicated to prototypes and variations of an imaginary domestic setting. This concept continues in the third room where, together with the tea sets designed for Alessi, the unpublished drawings of Aldo Rossi's house in Via Rugabella are also displayed. Making their way from one room to the next, visitors can note some constant elements, such as the relationship with architecture apparent throughout the exhibition and emphasised in the furniture designs created for the Carlo Felice Theatre in Genoa and in the Museo chair designed for the Bonnefanten Museum in Maastricht (UniFor, 1994), exhibited in room 8. The exhibition itinerary concludes with the Teatro del Mondo, a magical and mysterious architecture which, recalling the temporary works exhibited at the beginning, offers an ideal ending.
The exhibition is accompanied by the catalogue raisonné entitled "Aldo Rossi. Design 1960-1997" published by Silvana Editoriale, curated by Chiara Spangaro and featuring a critical essay written by Domitilla Dardi, which collects together, for the first time, all of Aldo Rossi's completed and unpublished design works, as well as by an extensive programme of collateral events. 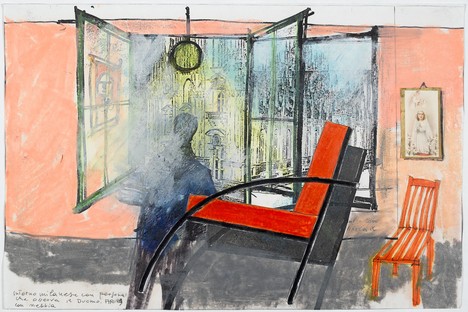 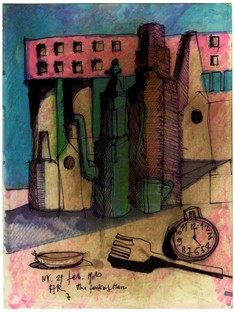 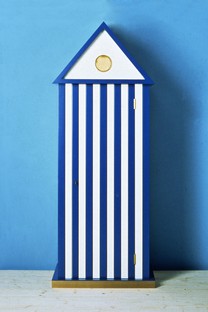 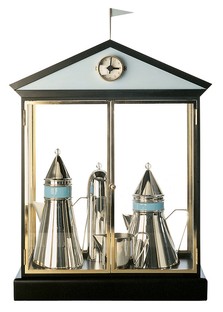 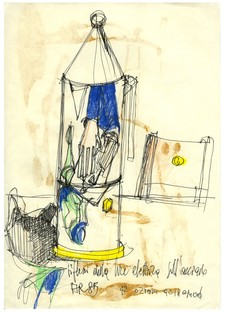 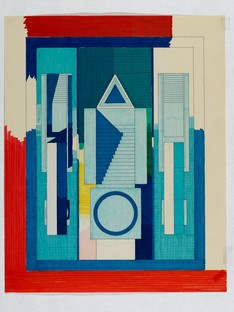 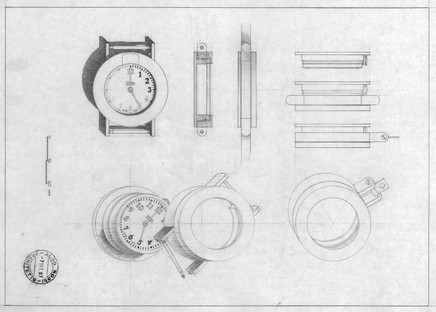 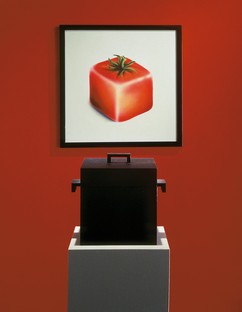 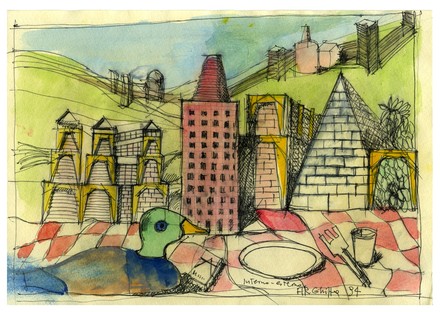 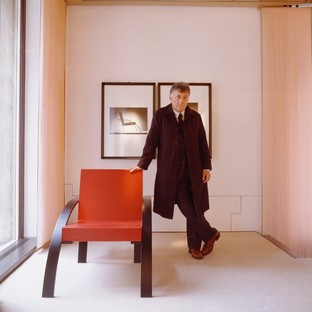 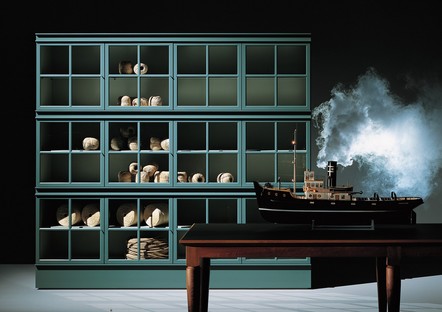 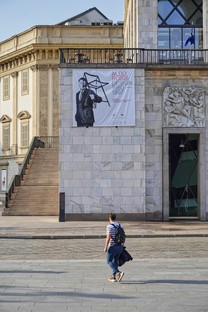 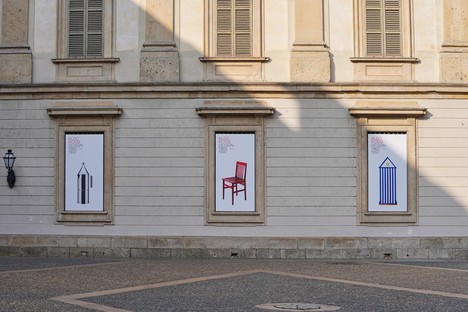 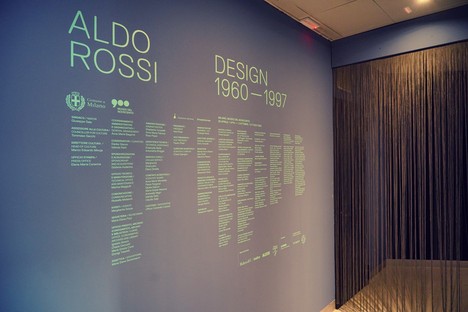 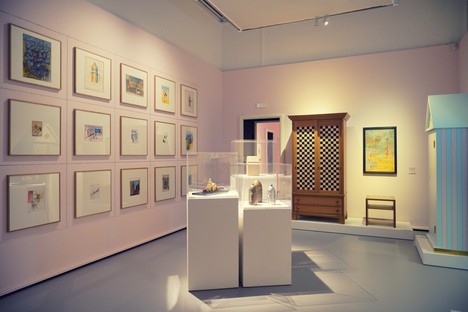 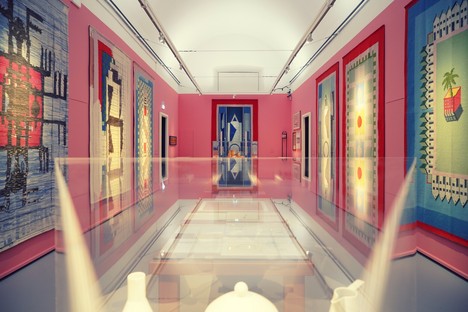 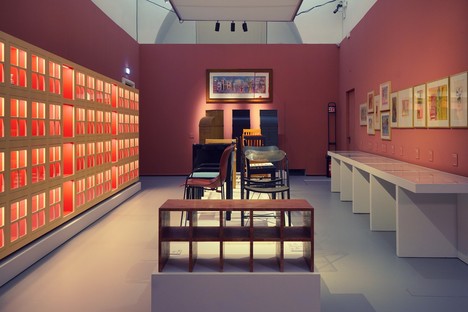 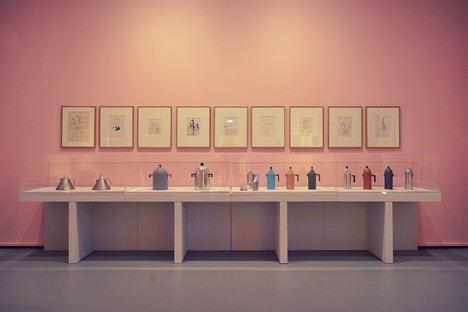 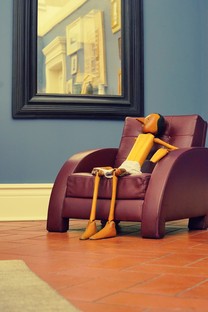