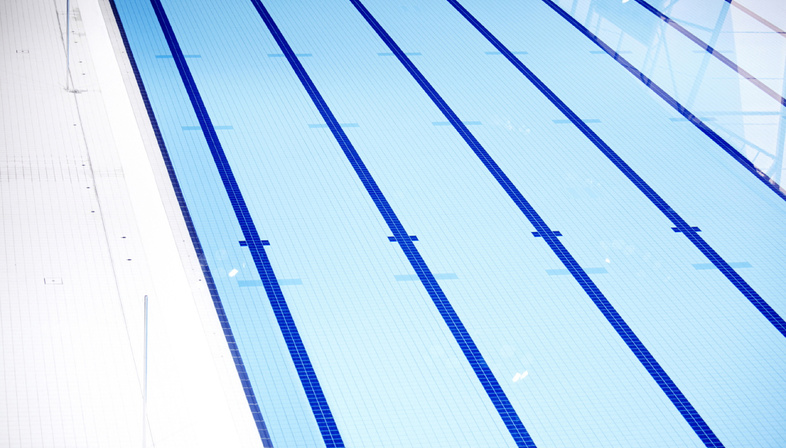 The PyeongChang Winter Olympics have just ended. We would love to take this occasion to introduce you to Janie Airey, an English photographer who shot the Olympic stadiums of London in 2012. In her work you will not find the fundamentals of architectural photography, but rather a lucid perspective celebrating space and silence, the calm before the storm.


The PyeongChang 2018 Winter Olympics have just ended, leaving behind the memories of the Games, their related activities and their infrastructures. We would like to take the opportunity to describe an older project that is really worth mentioning. We are talking about the work by English photographer Janie Airey, performed during the London 2012 Summer Olympics.
Before athletes, trainers, screaming fans and press staff entered the London stadiums, the Olympic Delivery Authority commissioned from Airey a series of photographs depicting the architectures created for the Olympics.
In the words of the very photographer: “You rarely get the chance to appreciate the silence and scale of such amazing architectural forms”, especially because when they are open, they are obviously crowded. This way, Janie Airey had the privilege to enter the Olympic spaces before their inauguration, while the atmosphere was still calm, and everything was just brand new.
“With these photographs I wanted to celebrate the beauty of both the line and form of these constructions, and to capture the incredible sense of calm and stillness you felt walking round them before the explosion of excitement that the UK experienced that summer.”
If this was Airey’s objective, there is no doubt that she achieved it. Focussing on details, rather than photographing the buildings in their entirety, turned out to be a winning choice. Indeed, the elegant beauty of the structures and their clean lines were transformed into purity and incisive simplicity, creating photographs that could do justice to the grandeur of the designs by Zaha Hadid, Hopkins Architects and Populous with few but well-defined lines.
Janie Airey’s approach to architecture photography is not traditional: she does not use tilt-shift lenses to manage the vertical lines, nor does she adjust them during the post-processing phase; also, she rarely uses tripods, as she finds them too restrictive. The Olympic buildings are vast and offer an endless series of possibilities. In two days of shootings, Airey brought back home a thousand photographs, but she would have taken even more.
What worried Janie the most while carrying out the job was the excess of abstractionism, that is not always welcomed by architecture photographs. In this kind of photography, one usually tends to try and give an idea of scales and proportions. Entering too much into the details could have resulted into a boring, lifeless and excessively abstract job. In Airey’s words: “The end result proved me wrong thankfully. The structures and compositions spoke for themselves”. For sure, we can only agree. By looking at a framed springboard or at the chair of a judge, we can feel the presence of the entire Aquatic Centre. An aerial view of a door is enough to lead us to imagine the entire hockey stadium. The net can easily describe the entire tennis court. Architect Mies van der Rohe once said that “God is in details”: he was probably right, and Janie Airey can surely confirm that. 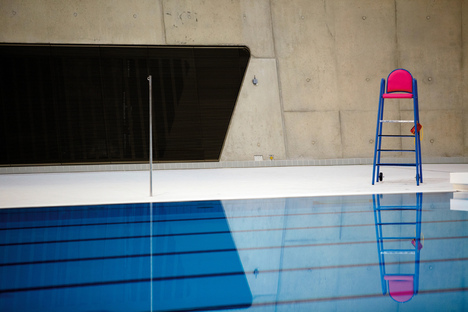 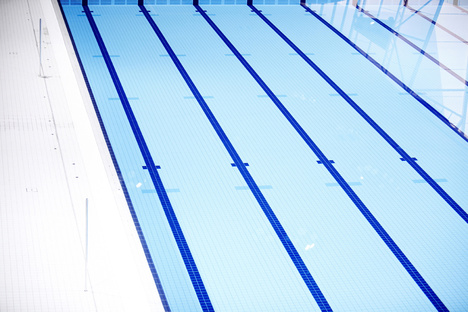 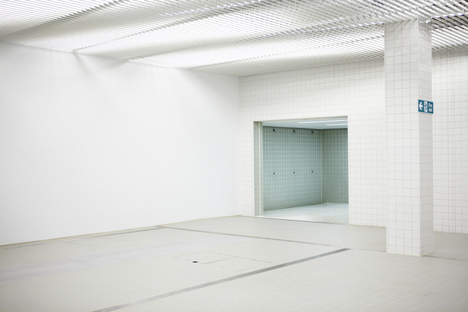 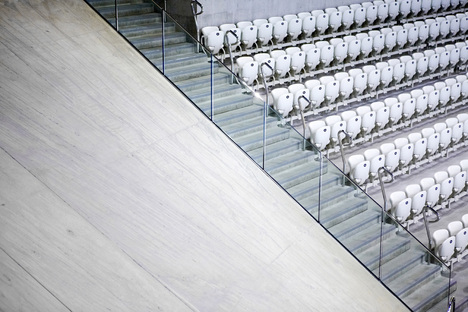 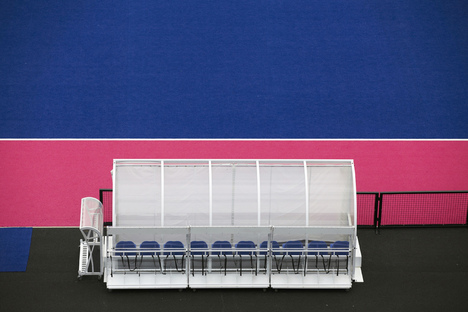 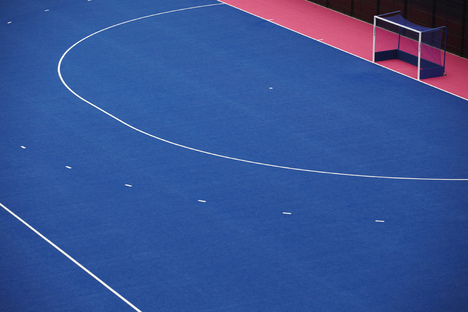 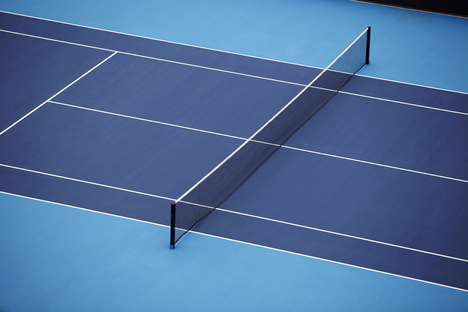 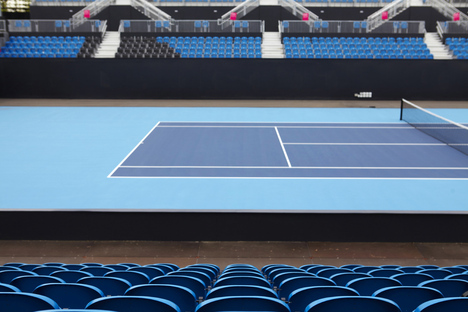 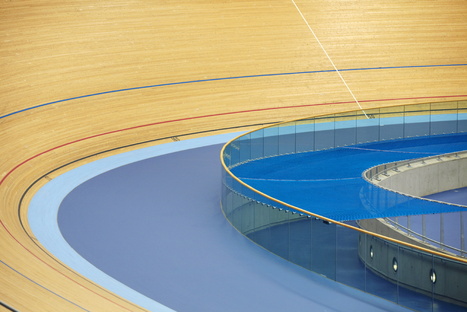 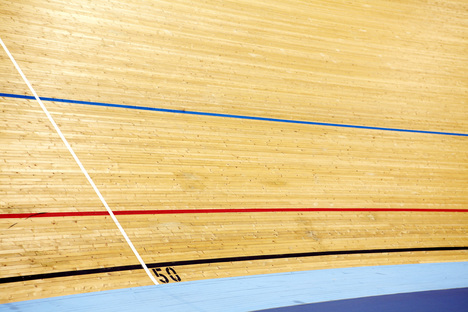