Starting the new year with an innovative new school by Homu

The year that has just ended has brought hard times for us all as the pandemic has turned our lives upside-down, ending on a hopeful note as a vaccine was approved, offering a starting point for building a new future. To wish you a better year in 2021 and start the new year together, Floornature’s editorial staff wish to take a look at a forward-looking project: an innovative school designed by architectural studio Homu, to be built in the Italian province of Macerata. 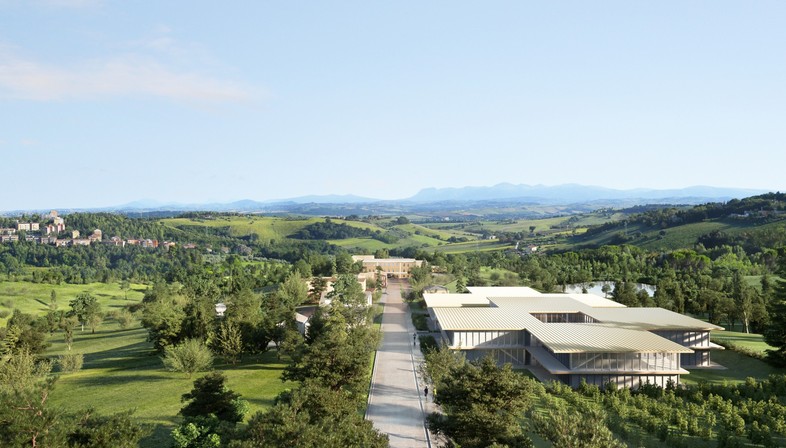 In 2016 MIUR, the Italian Ministry of education, universities and research, announced an ideas contest to "acquire design ideas for the construction of schools which are innovative in terms of architecture, plant engineering, technology, energy efficiency and structural and seismic safety, characterised by the presence of new learning environments and openness to the community". The innovative school project presented for the Macerata area by architectural studio Homu won the contest announced by the Italian institution. Architects Lucia Zamponi and Filippo Nanni, founders of Homu, were appointed to come up with a preliminary project, which was assigned the resources necessary for its construction in August 2020.
The site selected for the new school is a “Colonia Agraria” founded in 1868 on a ridge in the rural landscape of the province of Macerata, now used as an educational complex, boarding school and farm. The project involves construction of a new building for 500 students, partially built on a new site while preserving the natural lay of the land, particularly the vineyard to the north. The area identified for construction of the school is the land that will be left free when the former “Centro Tori” building is demolished, along with a part of the existing paved sporting grounds.
The architects say that “the new school project offers an opportunity to reinforce the agricultural vocational school’s status as a campus and reinterpret the morphology and memory of the former Colonia Agraria, a place of significance for the history of the town of Macerata and the surrounding area, which continues to be a pole of excellence today”.
Following the natural slope of the land, the new school will be set up as a composition of modular volumes destined for a variety of different functions, a layout allowing the library, the gym and the auditorium to serve as an independent pole of services open to the entire community even outside school hours, while at the same time constituting an integral part of the campus. For the same purpose, another existing building, the former custodian’s home in art nouveau style, has been reclaimed and renovated for use as office space and for extra-curricular activities.
The architects’ intention is to maximise interaction between the new school building and the other structures on the campus (the boarding school, the cafeteria, the library, sporting facilities, etc.), including outdoor spaces, to create a multidisciplinary pathway along the main avenue of the former Colonia Agraria. Green areas will be organised with terraces and slopes, taking advantage of the natural relief of the site. The species selected for the landscaping project are local trees and shrubs requiring little maintenance and fitting into the local landscape. The new school building will consist of two volumes, to the north and south, connected by a central foyer, both two storeys high. The first volume will contain the laboratories and the foyer on the ground floor, with classrooms on the upper level, while the second volume will also have classrooms on the upper level, but contain the gym, the auditorium and the library on the ground floor. 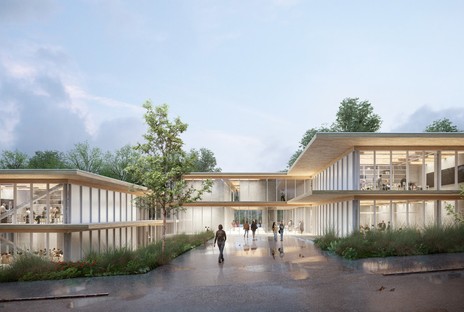 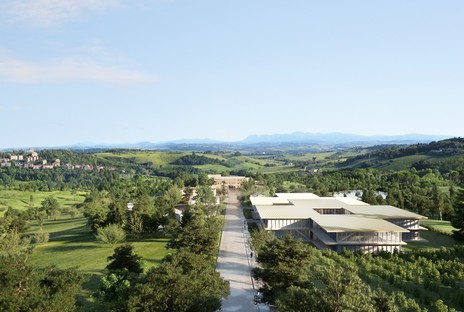 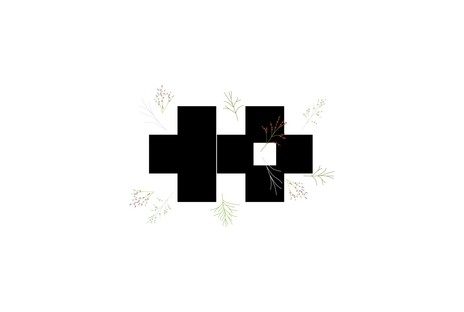 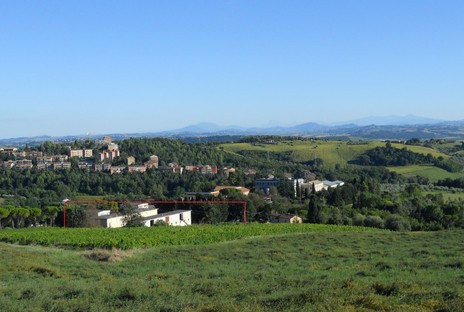 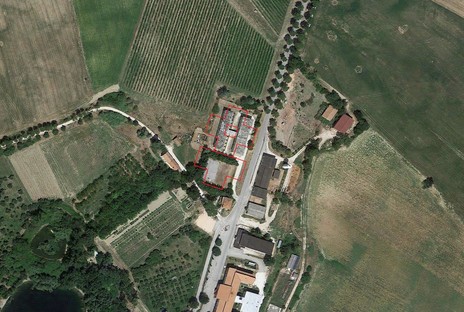 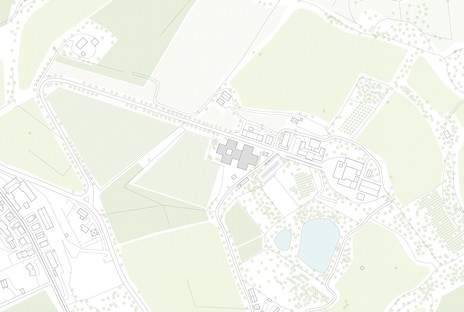 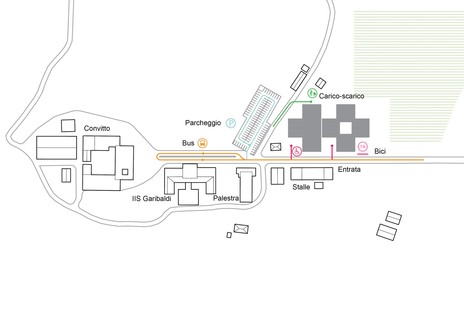 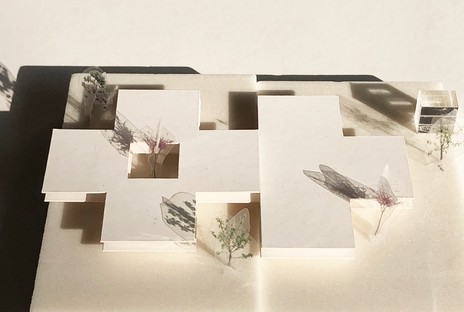 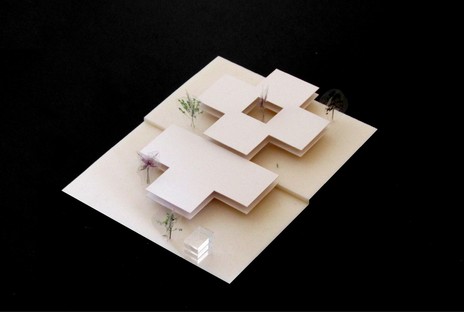 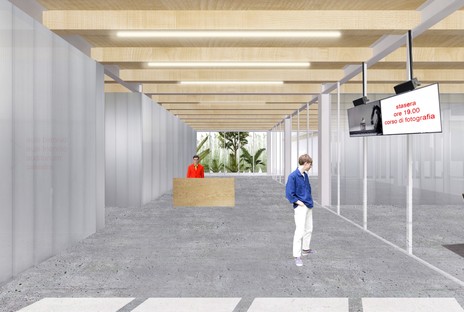 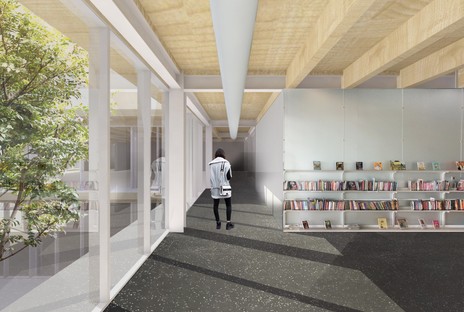 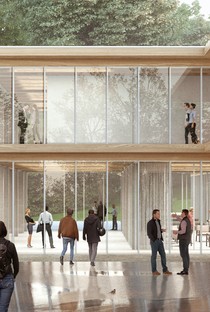 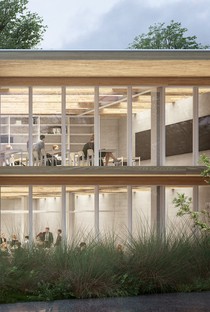