Rural Moves – The Songyang Story exhibition at the Vienna Architekturzentrum

The exhibition "Rural Moves - The Songyang Story" opening on March 13 at the Architekturzentrum in Vienna focuses on the challenges facing rural regions today as a result of mass migration to big cities. It begins by focusing on the case of China’s Songyang region, where some interesting architectural projects respond to the challenges and demands of contemporary society. 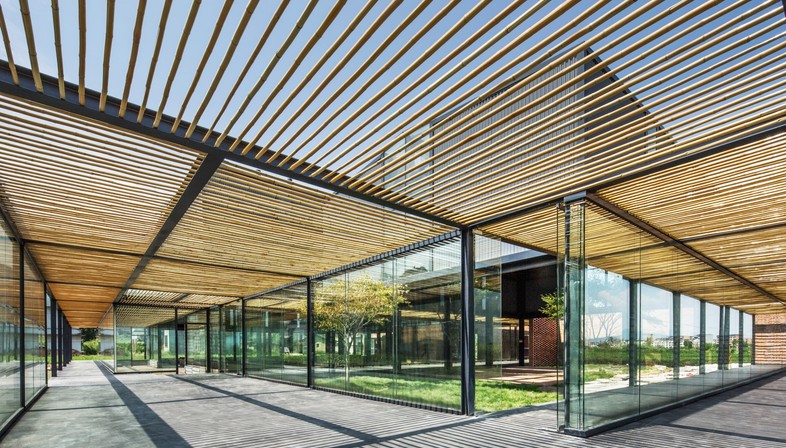 Depopulation of the countryside and the resulting growth of cities is definitely one of the most obvious and important changes to have taken place in the 20th century, a complex phenomenon affecting millions of people all over the world, not only individuals but whole families and villages, with unavoidable social, economic, ecological and cultural consequences. In the field of architecture, its effect has been pressing demand for new housing and infrastructure in cities, resulting in inevitable changes to city skylines. Abandonment of rural land also has an unavoidable impact on landscapes that have been modelled by the action of human hands and work for centuries. This global problem also has repercussions for climate change, of which it is both a cause and an effect. The exhibition "Rural Moves - The Songyang Story", due to open March 13 at the Architekturzentrum in Vienna, focuses on the challenges facing rural regions today as a result of mass migration to big cities. It begins by focusing on the Chinese case of the Songyang region, with the interesting work of Chinese architect Xu Tiantian and her practice, DnA_Design and Architecture. 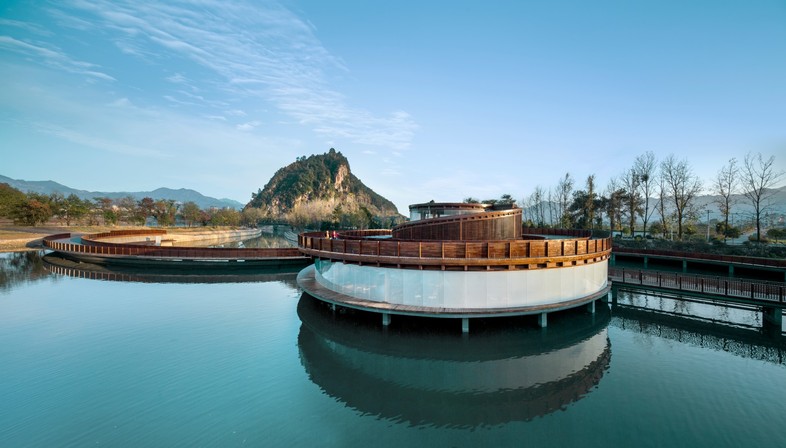 Progressive abandonment of the countryside has taken different forms in different times and places, but some features remain constant. These challenges will be the focus of a round table held prior to the opening of the exhibition to discuss the concepts underlying rural spaces in China and in Austria. In China in particular, progressive depopulation of rural areas is being addressed through major structural changes: new high-speed railway lines and broadband access are among the principal processes being implemented to permit structural transformation of the country’s remotest mountain villages. These structural projects are being flanked by small-scale, high-quality architectural projects such as those implemented by architect Xu Tiantian and her practice, DnA_Design and Architecture.
Architectural projects aim to reclaim and integrate the resources that already exist in rural villages, for instance with initiatives for reclaiming local arts and crafts to create future prospects for cultural, social and economic development in rural areas. 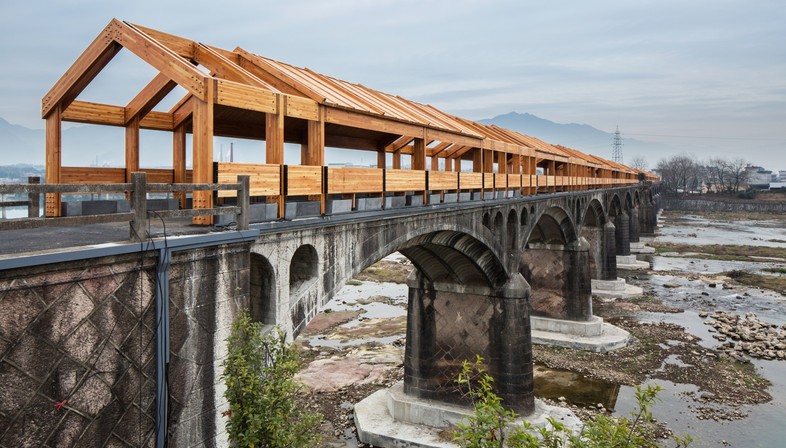 The exhibition cites the virtuous example of the history of the rural district of Songyang, with its landscape of gently rolling hills, rice paddies and tea plantations. This rural area in Zhejiang province in southeast China is an icon of Chinese culture, celebrated in Chinese literature and traditional painting. In this rural area with more than 400 villages, dominated by the mountains, with the Songyin River flowing through them, Xu Tiantian and DnA_Design and Architecture have implemented numerous projects with the involvement of local craftspeople, the communities of villages and their administrators.
The exhibition presents a selection of Xu Tiantian’s projects, presented in the form of models, plans, photographs and videos. The goal is to offer an overall view of the new buildings and how they fit into the natural landscape of Songyang and the cultural and historic context of the local community. 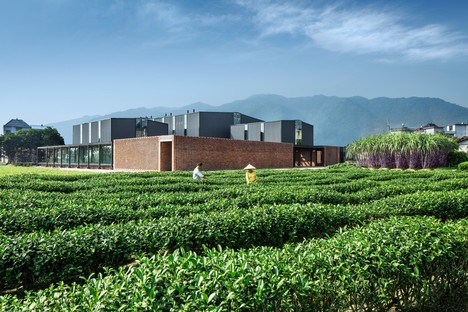 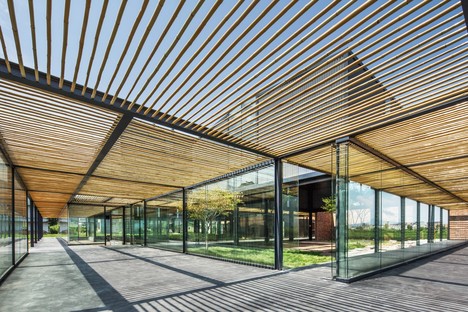 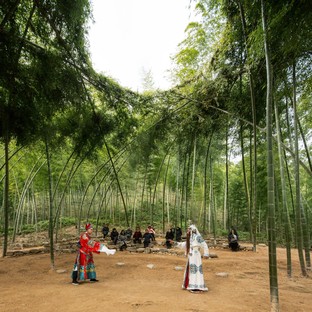 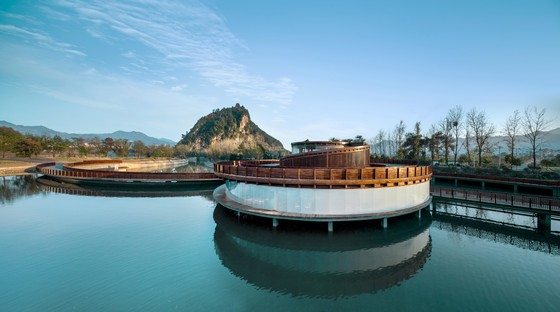 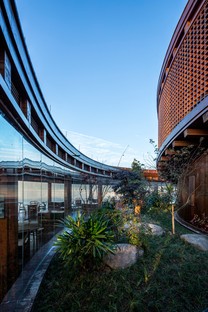 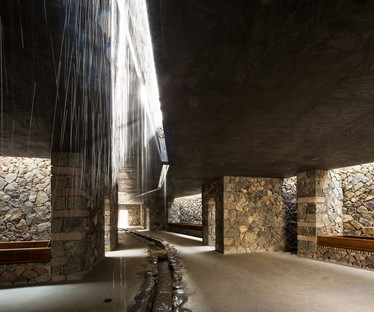 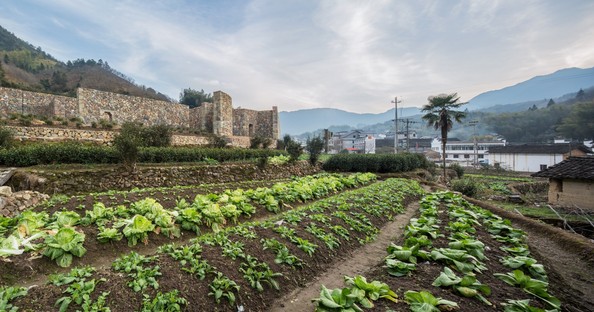 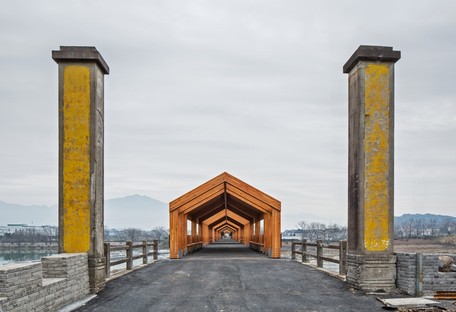 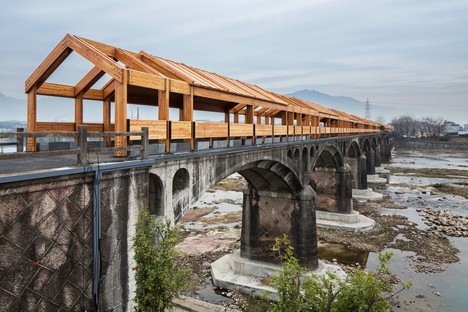 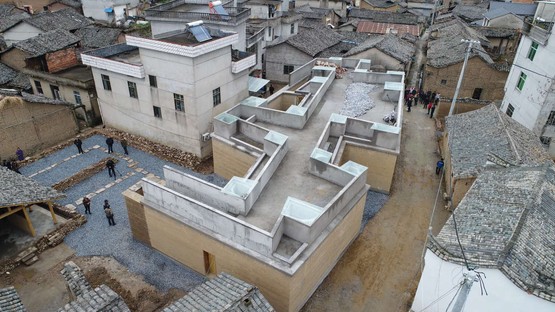 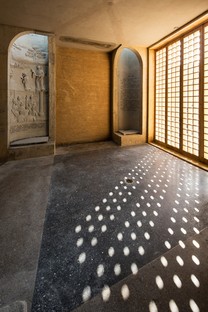