The very young German photographer Paul Eis is studying architecture at the University of Arts and Industrial Design in Linz, and he has been working on an ambitious project since 2015: convince the world that colour can really make a difference in the appearance of a building and in architecture in general. 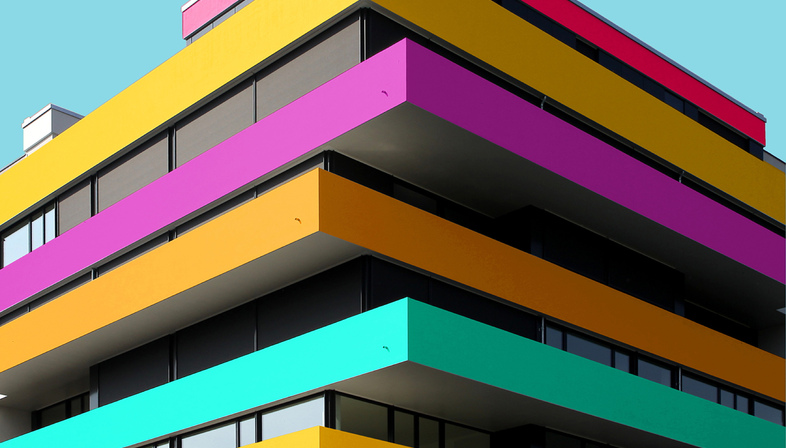 The very young German photographer Paul Eis is studying architecture at the University of Arts and Industrial Design in Linz, and he has been working on an ambitious project since 2015: convince the world that colour can really make a difference in the appearance of a building and in architecture in general.


It all began in 2015 when Paul Eis used his imagery to make a truly empirical observation - our cities are black, white and grey. Born in Berlin in 1998, he has always been passionate about architecture and now that he is about to become an architect himself, Paul Eis continues to be convinced of the beauty of the many modern buildings in his city, like others in Germany and Austria. However, he believes that this beauty comes only from the form and is instead penalised by all the shades of grey in the huge majority of contemporary and 20th-century buildings. So, he decided to add a spot of colour to the architecture.

"There are, of course, reasons for constructing white buildings. But there are many instances where the use of colour would be a great alternative, like when you're on a tight budget. The result is often a boring, white block that has no message - the use of colour could be an excellent way of making these buildings more interesting and  more attractive too."

From his Instagram account (the_architecture_photographer). Paul Eis, first of all, gave buildings in Berlin a complete makeover, then he did the same in Hamburg, followed by Austria. He takes a photo of the designated building, edits and publishes it, including the location and year of construction, together with the architecture firm that designed it. Paul follows a set of strict rules in his editing, in order to make sure the shots are consistent. He removes the environment and the sky and replaces them with a plain flat light blue that makes the building more monumental and helps direct the focus of the observer After that, he uses templates to change the RGB (Red, Green and Blue) channels and increases colour saturation until he obtains the desired effect.

Still, despite the realism of these photos, this young man's work remains in the realm of suggestion, as he himself explains: "I colour the buildings to show how colour can turn simple architecture into interesting buildings. My project is not meant to be a recommendation about how to construct buildings, but it should encourage people to think more about using colour in architecture."

In fact, it couldn't be anything but a starting point for reflection, because as Riccardo Falcinelli recalls in Cromorama, anyone who has been exposed to the colours of the digital world - bright, charged and more brilliant than ever - can no longer see the world through the eyes of the past. Colour is a filter of our perceived reality, and it's a mistake to think that a real building can retain those electric and vibrant digital colours that leap out of the screen because smog, wear and tear and climatic conditions affect every panorama, every construction. Burano in the Venetian lagoon, Nyhavn in Copenhagen and Wroclaw in Poland are also colourful places, but it is only when they are digitally coloured that they take on their renowned surreal appearance.

Paul Eis' project is very much like what Dickinson and Edison did in 1895, when they were the first to hand-tint prints of a short film of Annabelle Moore dancing: imagine the awe of the public at the time when they saw the dancer's dress swirling with such bright colours, changing shades with every movement. What Paul Eis gives us with his shots is the awe of the impossible, the same thing crafted artificially in Wes Anderson's films, as well as an invitation to think about the fact that the world - and therefore the architecture that belongs to that world - is not just black, white, and shades of grey. 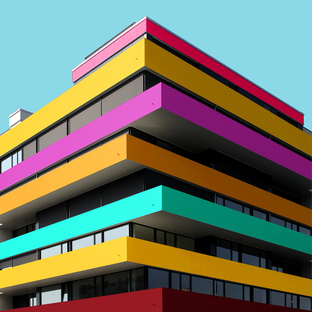 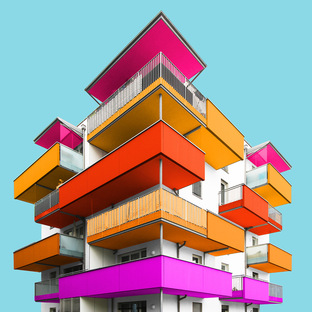 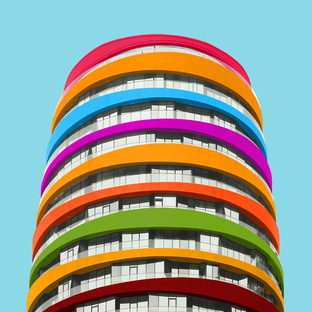 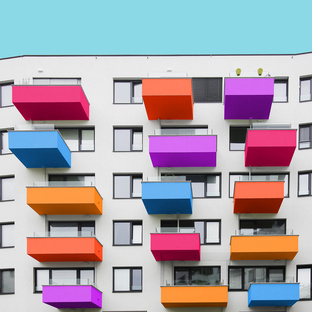 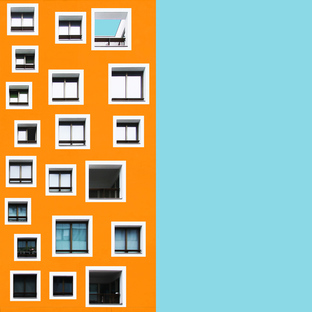