The public library of Ceuta (Spain), designed by Paredes Pedrosa Arquitectos, was built on an archaeological site dating back to the 14th century and which is a testimony to the Berber Marinid dynasty. The library was among the 19 finalist projects chosen for the Aga Khan Award for Architecture. 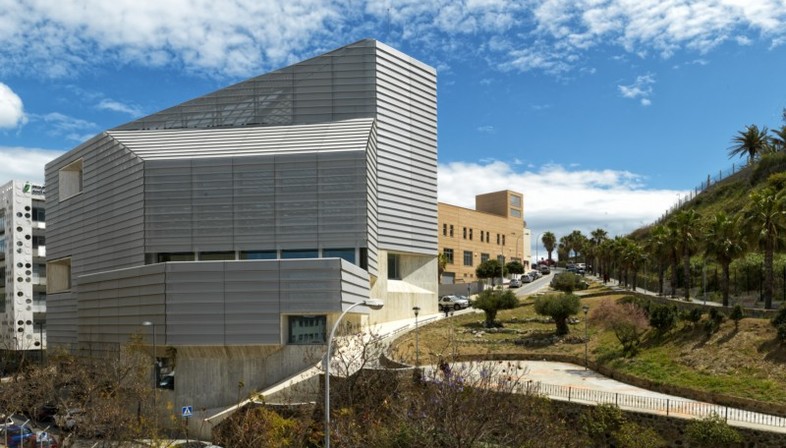 
An archaeological site dating back to the 14th century and to the Berber Marinid dynasty was included in the public library designed by Paredes Pedrosa Arquitectos in Ceuta, the Spanish autonomous City in North Africa surrounded by Morocco. The project was carried out by the architects, in collaboration with the archaeologists in charge of the excavation, to ensure that as much of the archaeological site as possible could be seen from the library.

The building is seven floors high and serves as a protective shield for the archaeological excavations, which can be seen from three floors up. The architects tried to prioritise uniformity, resorting to a surface that, like a veil, entirely covers the building. The double-skin façade is made of perforated, light metal panels that filter natural light, whilst at the same time protecting against the wind and strong solar radiations. The variety of open spaces, as with the terraces and hollows that convey movement to the façades, were all designed by the architects to highlight and enhance the city and sea views.
The library designed by Paredes Pedrosa Arquitectos is one of the 19 finalists of the Aga Khan Award for Architecture 2016. 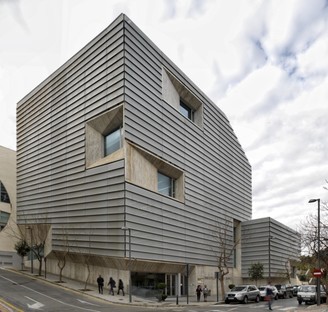 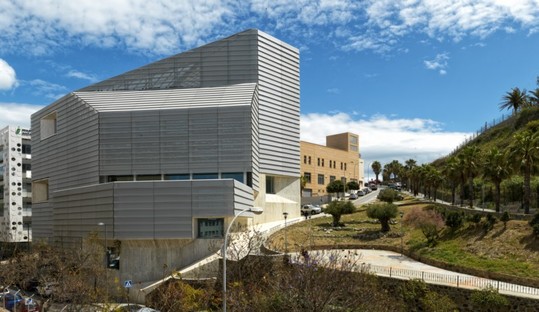 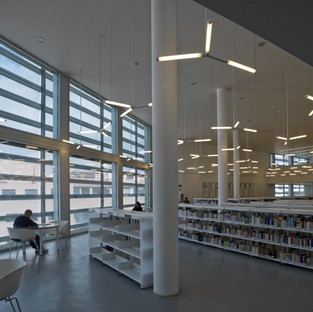 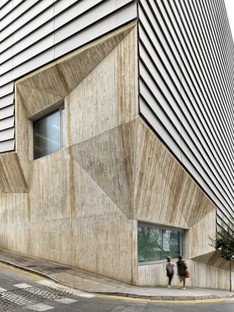 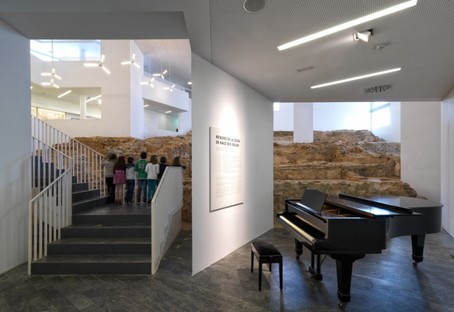