The Italian photojournalist Italo Rondinella, who lives in Istanbul and mainly works in the Middle East uses Heritage for Sale to expose the effects of unrestrained mass tourism in very special places, like Venice. 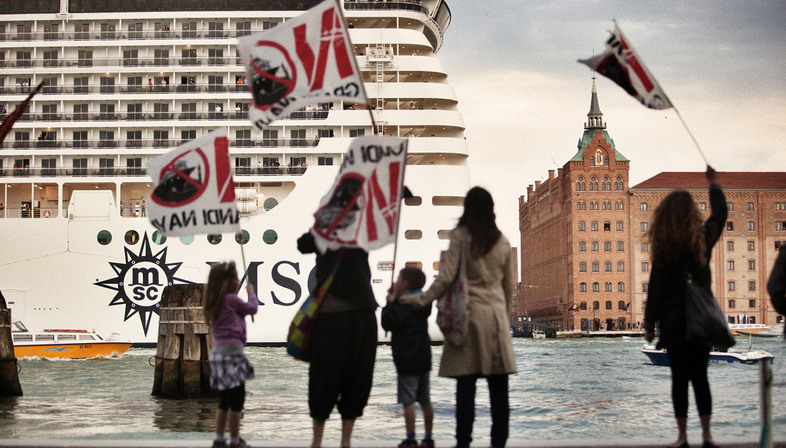 The Italian photojournalist Italo Rondinella, who lives in Istanbul and mainly works in the Middle East uses Heritage for Sale to expose the effects of unrestrained mass tourism in very special places, like Venice.


Despite already being a keen photographer when he was a teenager, Italo Rondinella only saw his dream of becoming a photojournalist come true as an adult, after working as a lawyer for almost ten years. He decided to specialise in photojournalism at the UAB in Barcelona and immediately began contributing to newspapers, magazines and institutions that appreciate his eye, which stands out for his immense respect for the people and the situations he portrays. In his personal project called “Heritage for Sale”, Italo Rondinella explores the devastating effects of mass tourism in historical cities, whose fine beauty is also often synonymous with great fragility. He shares with us his set of photos taken in Venice, one of Italy's most popular tourist destinations, with 25 to 30 million visitors a year. That's a lot of people, particularly when you think of the specifics of Venice, a city built on a lagoon, on stilts, whose survival has already been put to the test by climate change, to the point where it has opted for engineering operations to protect it from the high tides. Add to this the influx of large cruise ships that make more than 500 journeys here every year. These floating cities bring not only millions of “here today, gone tomorrow” tourists but their transit along the Giudecca Canal moves huge volumes of water, worsening the swell caused by motorboats and that damage the static structure and foundations of the buildings.
Italo Rondinella needs no words to describe that feeling of oppression and discomfort engendered by these giants of the oceans in the delicate, fairy-tale context of Venice. Indeed, Rondinella's photos follow the rationale of photographic reportage, a snapshot taken at a certain moment in time, when Venetians are protesting against the large ocean cruise ships, and in a specific place - Venice. The narrative power of “Heritage for Sale” lies in the human perspective he gives his photos. Italo Rondinella portrays people, bringing them to the forefront of the city built by people. He does this in locations where you - as the person viewing the photos - can see the large ships behind, out of proportion, irritating disturbances, invaders of the urban space. 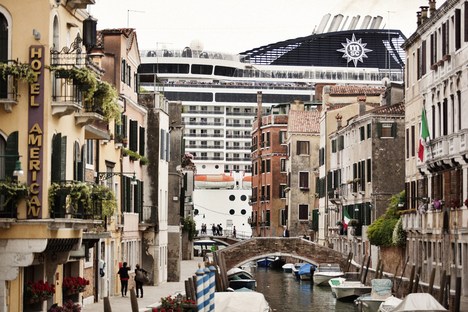 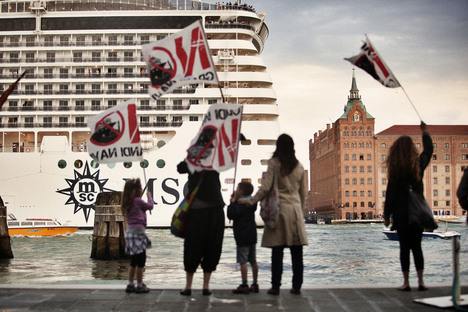 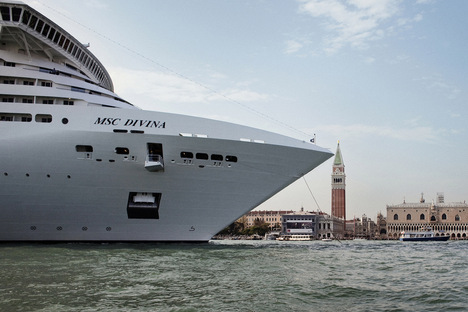 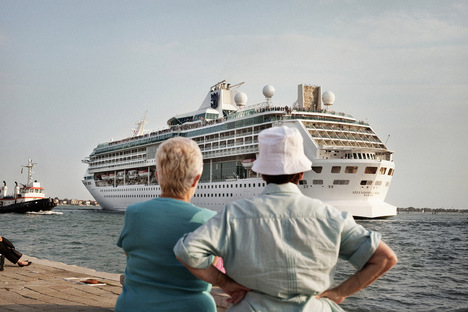 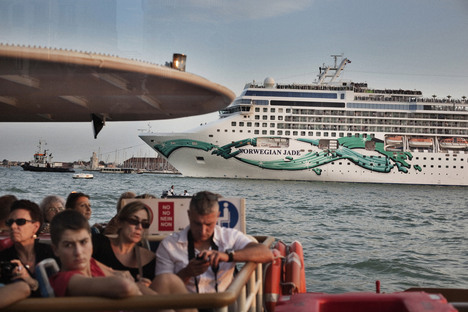 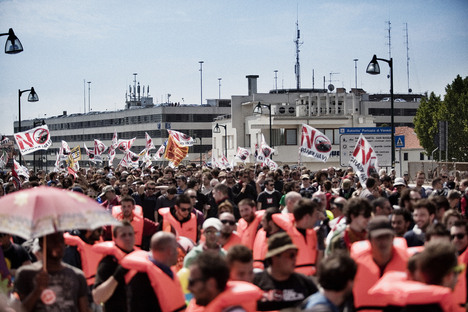 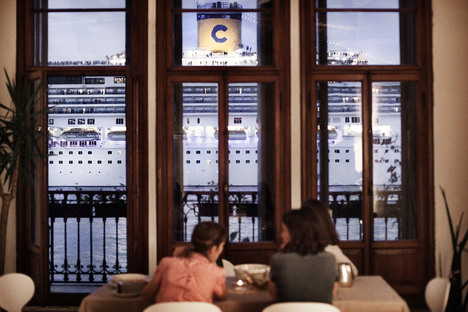 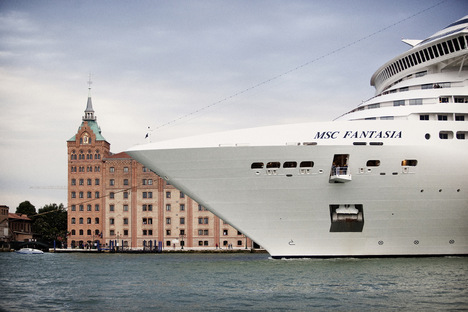 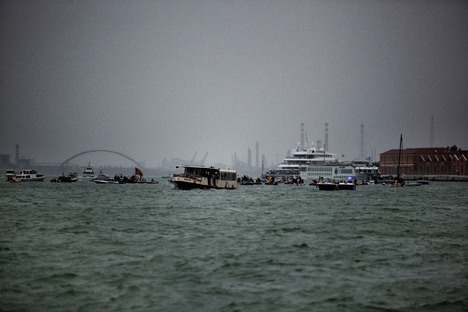 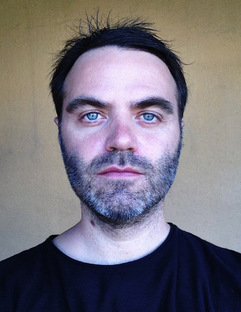