The winners of the 32nd edition of the prestigious Praemium Imperiale, often described as the arts equivalent of the Nobel Prize and given out by the Japan Art Association, have been announced. Australian architect Glenn Murcutt has been named the Praemium Imperiale architecture laureate, photographer Sebastião Salgado is the winner in the painting category, artist James Turrell in the sculpture category and cellist Yo-Yo Ma in the music category. Moreover, the recipient of “The Grant for Young Artists”, a 5 million yen scholarship reserved for an institution that promotes artistic activities among young people, is The Advanced Training School of the Central Institute for Restoration in Italy. 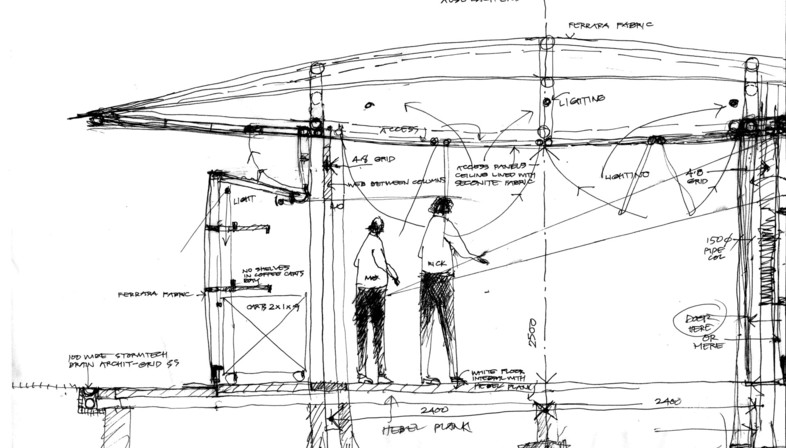 The Praemium Imperiale, organised by the Japan Art Association, reconnects the threads with the past with its recently concluded 32nd edition, initially scheduled for October 2020 and subsequently suspended as a result of the ongoing climate of uncertainty connected with the Covid-19 pandemic.
As per tradition, the winners were announced simultaneously in different cities around the world (Rome, London, Paris, Berlin, New York and Tokyo) to stress the importance of the arts in transcending national borders, uniting people of different languages and cultures, as well as emphasising the centrality of their role in human life. The award was established in 1989 in memory of Prince Takamatsu. Often considered as the equivalent of the Nobel Prize in the arts, the prize is awarded annually in five categories: painting, sculpture, architecture, music and film/theatre.
The pandemic has had inevitable repercussions in the artistic landscape, particularly for the theatre and cinema sectors. Recognising that, as a result of to the ongoing nature of the pandemic many candidates were unable to meet the award requirements, the jury preferred not to award the Praemium Imperiale for the “film/theatre” category for this edition. In terms of the other four sections, photographer Sebastião Salgado is the winner in the painting category, American artist James Turrell in the sculpture category, Australian Glenn Murcutt in the architecture category and American cellist Yo-Yo Ma in the music category. Moreover, the recipient of “The Grant for Young Artists”, a 5 million yen scholarship reserved for an institution that promotes artistic activities among young people, is an Italian excellence: The Advanced Training School of the Central Institute for Restoration.

Glenn Murcutt is the first Australian to receive the Praemium Imperiale, a first that the architect had also achieved with the Pritzker Prize won in 2002. Born in London in 1936 from Australian parents, he spent his childhood in Papua New Guinea, studying architecture at the University of New South Wales in Sidney, where he would start a private practice in 1969.
A number of the elements characterising Glenn Murcutt’s work can be traced back to his childhood spent in Papua New Guinea. For example, the architect describes his buildings as projects created both to have a perspective, a "front" towards the outside, as well as to serve as a refuge, and therefore as a "back" that protects against incursions. The aboriginal phrase "touch the earth lightly" echoes in Glenn Murcutt’s architecture, appreciated for its poetic beauty, lightness and harmony with nature combined with the rigorous rationality of forms and his attention to ecology.
Considered a forerunner of his times when it comes to the design of ecologically responsible buildings, strongly rooted in the Australian climate and tradition, Glenn Murcutt sees the role of the architect as a discoverer rather than as a creator, whose activity must be driven by a process of observation and discovery of the characteristics of the land, of light and of the materials to create comfortable buildings. Some of the architect's most recent works include the Arthur and Yvonne Boyd Education Centre (1999) designed with architects Wendy Lewin and Reginald Lark, the Australian Islamic Centre (2016) designed with architect Hakan Elevli and the Mpavilion 2019, designed for the Naomi Milgrom Foundation and built in Melbourne, to which the photographs and freehand sketches presented here refer. 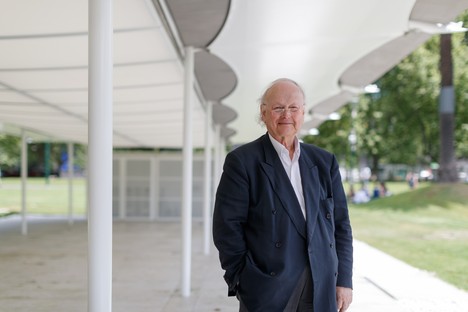 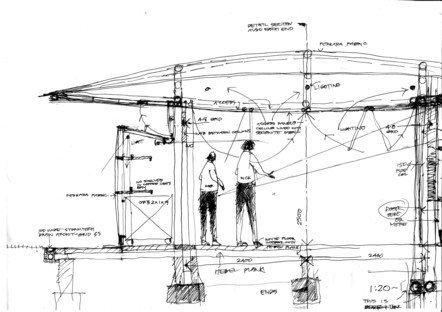 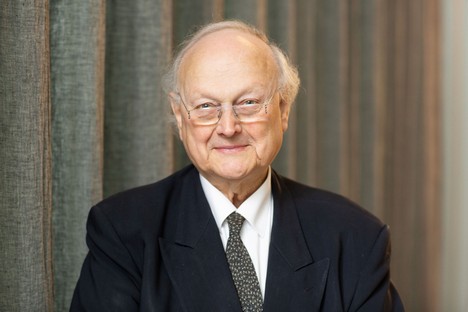 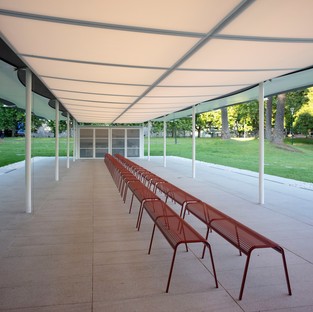 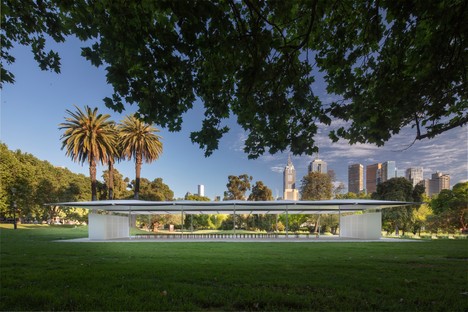 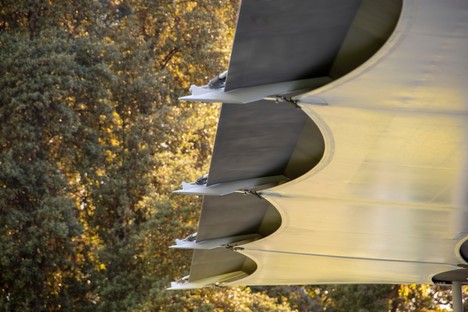 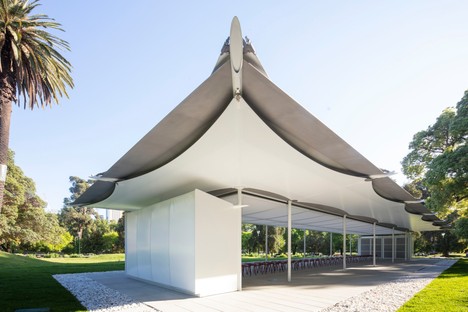 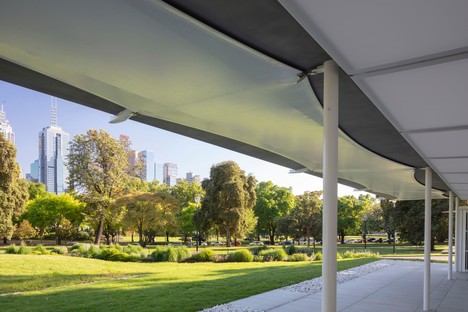 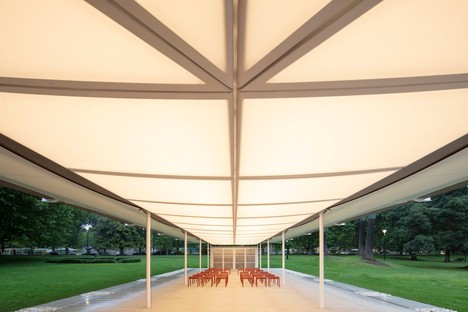 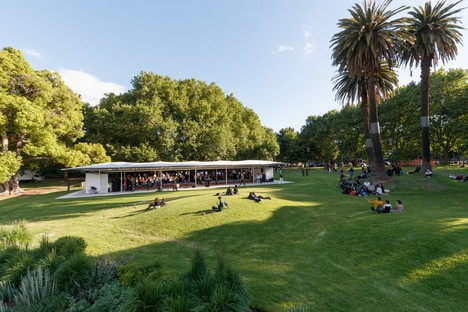