German architect Gottfried Böhm has passed away on June 9 in Cologne, at the age of 101. Born with art in his veins – his father Dominikus was also a well-known architect – and Pritzker Prize winner in 1986, Gottfried Böhm was a prominent architect of Germany’s postwar reconstruction. Böhm is the author of numerous public and private buildings, as well as of over sixty churches, some of which rank among the most important examples of 20th century sacred architecture. Among these, the best known is certainly the Sanctuary of Mary Queen of Peace built in Neviges, in Germany, and considered the architect’s masterpiece. 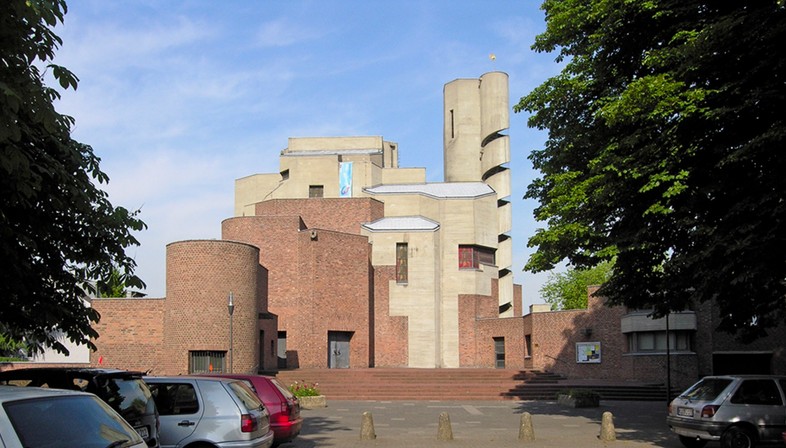 Architect Gottfried Böhm has passed away in Cologne on June 9, at the age of 101. Born with art in his veins – his father Dominikus was also a well-known architect – Gottfried Böhm was the author of numerous Catholic churches and ecclesiastical buildings, considered a forerunner of contemporary sacred architecture.
Born in Offenbach-am-Main (near Frankfurt) on January 23, 1920, Gottfried Böhm was a prominent architect of Germany’s postwar reconstruction, as well as a winner of the coveted Pritzker Prize in 1986. Trained at the Technische Hochschule in Munich, after graduating in 1946 he devoted himself for a year to the study of sculpture at the Academy of Fine Arts in Munich, an important part of Gottfried Böhm's training for what would later be the design process adopted by the architect to give shape to his buildings. In 1947 he began working as an assistant architect in his father’s studio, which he would later take over after his father’s death in 1955. Around the same time, Gottfried Böhm collaborated with the Society for the Reconstruction of Cologne directed by Rudolf Schwarz. In 1948, he married engineer and architect Elisabeth Haggenmuellerand a few years later, in 1951, the architect would make his way to United States for work and study. He worked in New York for six months collaborating with the Cajetan Baumann studio and, during the study trip, he would meet Mies van der Rohe and Walter Gropius, the two important masters of architecture for whom he would long nurture a strong admiration.
Gottfried Böhm’s first independent projects are linked to the theories of the Bauhaus and to his father’s influence. Subsequently, the architect developed the deep conviction that every single architectural project – even the smallest – was of great importance and had to take into account three main factors: time, place and man. Thus rejecting the labels of “expressionist” or “post-Bauhaus” architect, Gottfried Böhm preferred to define himself as an architect who creates "connections". Connections between old and new, as in the Bensberg town hall or in the restaurant designed in Bad Kreuznach, between ideas and the physical world, between the individual building and the urban environment, and therefore between private and public or semi-public spaces, translating these connections into shapes, materials and colours of the designed architectures. At the helm of his architecture studio, Gottfried Böhm designed countless buildings, both public (museums, theatres, town halls, cultural and civic centres), and private (homes, offices, public houses and condominiums, mixed use houses). Moreover, he was the author of over sixty churches, some of which are considered masterpieces of 20th century sacred architecture, the best known certainly being the Sanctuary of Mary Queen of Peace built in Neviges, in Germany. His urban planning projects include the historic centre of Cologne and, in particular, the area around the Cathedral and the Heumarkt area, the Prager Platz area in Berlin, the area around Saarbrucken castle, as well as the Lingotto district in Turin, Italy.
"I think the future of architecture does not lie so much in continuing to fill up the landscape, as in bringing back life and order to our cities and towns”Gottfried Böhm asserted, thus opposing the overcrowding of the environment with unnecessary design elements.
From the point of view of materials, even if exposed reinforced concrete was the material of choice for many of his projects (like the Sanctuary in Neviges), the architect’s choices were primarily dictated by the available technology. In fact, when technological progress allowed it, the German architect took into consideration new materials such as steel and glass, used for the first time in his design of the Bergisch Gladbach civic centre (1963-1965). 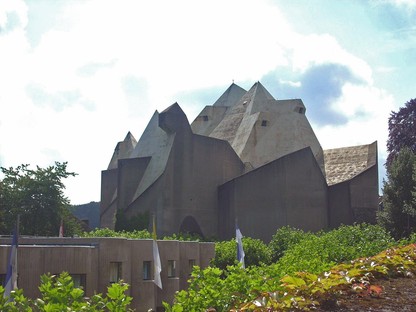 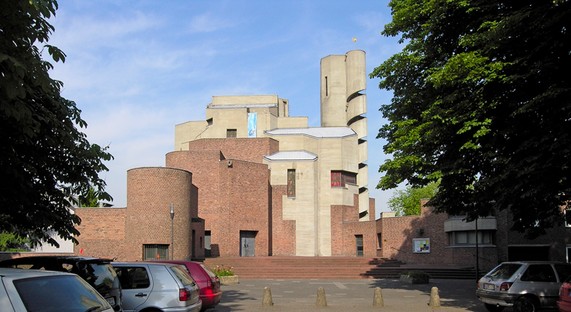 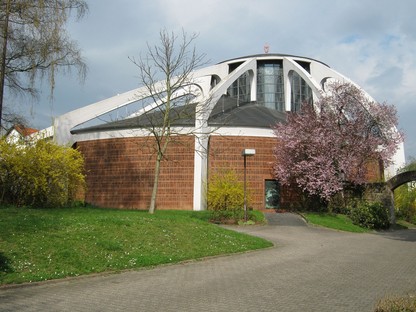 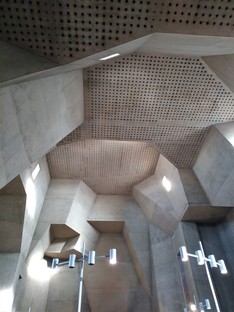 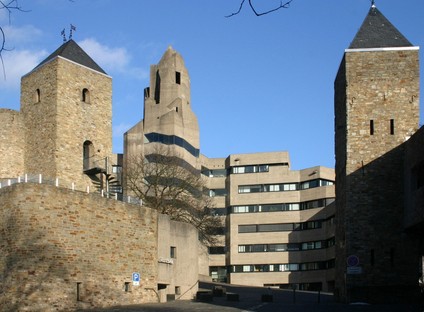 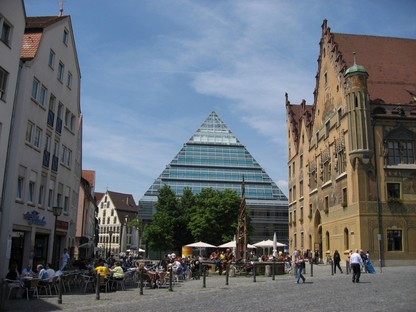 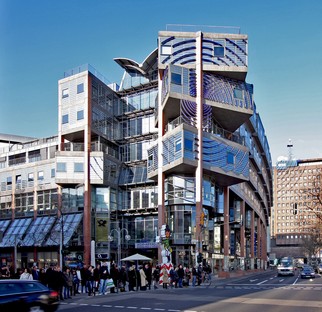 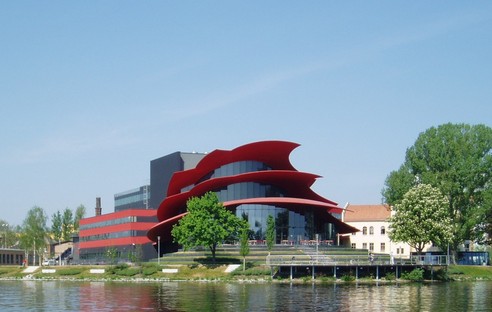 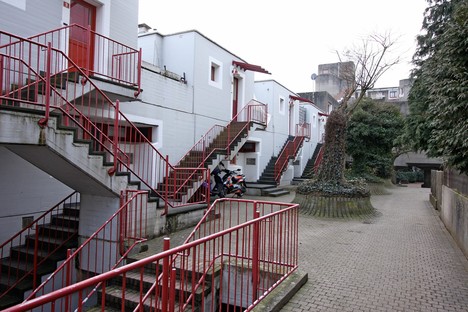