Everything and Nothing – Architects Kaija + Heikki Siren exhibition

On the 100th anniversary of the birth of Kaija Siren, two exhibitions in Finland celebrate her work with her husband and colleague, architect Heikki Siren. The exhibition under way at Kamu Museum in Espoo is the first in Finland to offer a complete retrospective of the studio’s architecture, covering works built in various cities all over the world, from the famous Otaniemi Chapel to experimental projects in the garden city of Tapiola and the Baghdad Conference Palace. The exhibition title quotes Italian composer Luigi Nono’s comment on the Sirens’ style: Tutto e niente! This has everything and nothing! 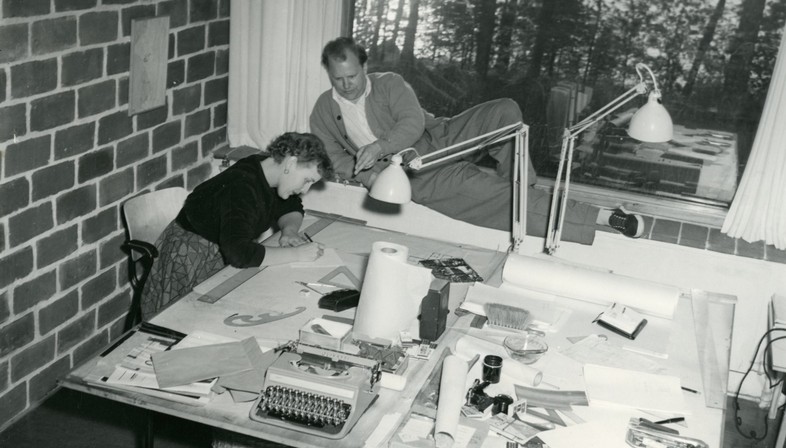 Two exhibitions in Finland pay homage to one of modern architecture’s best-known husband and wife teams, Kaija and Heikki Siren, who worked in the second half of the twentieth century. KAMU Museum in Espoo presents “Everything and Nothing – Architects Kaija + Heikki Siren”, while the Museum of Finnish Architecture in Helsinki presents “Quite Japanese – yet so Finnish: Kaija + Heikki Siren”. The two architects, a couple in life and work, rose to international prominence in the 1950s with their projects featuring sophisticated proportions, architecture designed for living in harmony with nature, and well-considered use of materials and construction techniques. Works of apparently simple but authentic beauty, as summed up in the title of the exhibition currently under way at KAMU, “Everything and Nothing”, from Italian composer Luigi Nono’s exclamation before the work of Kaija and Heikki Siren: “Tutto e niente! This has everything and nothing!”.
The two exhibitions opened at the same time, on October 23, a date chosen to mark the 100th anniversary of the birth of Kaija Siren: October 23, 1920.
“Everything and Nothing – Architects Kaija + Heikki Siren” is the first exhibition in Finland to offer a complete retrospective of the Sirens’ architecture, featuring projects built in various cities all over the world, from the well-known Otaniemi Chapel of 1957 to the experimental projects in the garden city of Tapiola and the Baghdad Conference Palace.
KAMU is one of the museums in the Espoo City Museum opened in the former Weilin & Göös print shop in Tapiola, now WeeGee Exhibition Centre. The museum’s collection accompanies visitors on a voyage through the history of Finland from the earliest prehistoric findings to the Middle Ages, with a special focus on Finland’s second largest city, and also hosts temporary exhibitions focusing on themes of national and international interest. The perfect place to pay homage to this couple of architects whose projects gave shape to the Finns’ profound ties to nature, and who worked in the city for many years. Otaniemi Chapel, their first project in Espoo, is also their most famous work. In over half a century of working and living together, the two architects designed schools, commercial buildings, administrative buildings, cultural buildings, homes, industries, sports centres, churches, chapels and town plans. They were also awarded large international commissions such as the Baghdad Conference Palace and Brucknerhaus concert hall in Linz, Austria, as well as numerous projects in Japan. The two architects always had a predilection for small-scale projects, and in fact Kaija herself said in 1997, "the smaller the better...".
The architects’ special relationship with Japan is the focus of the second exhibition, “Quite Japanese – yet so Finnish: Kaija + Heikki Siren”, at the Museum of Finnish Architecture in Helsinki. Kaija and Heikki Siren worked on a number of projects in Japan, and had a particular affinity for Japanese architecture with its special relationship between buildings and the environment, between the composition of indoor and outdoor spaces. 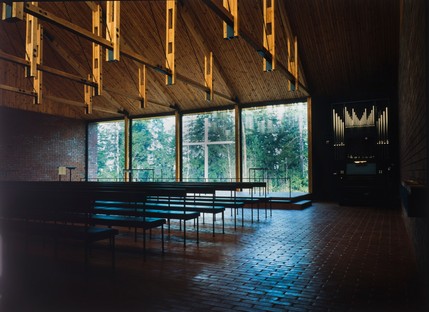 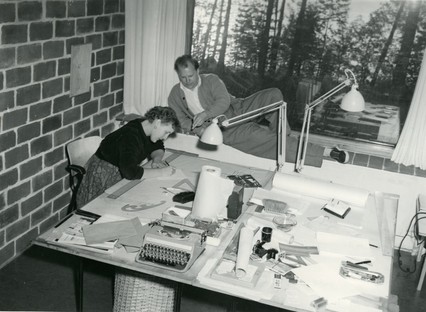 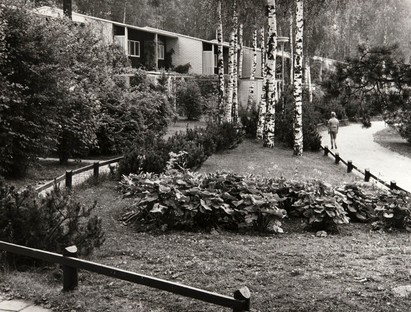 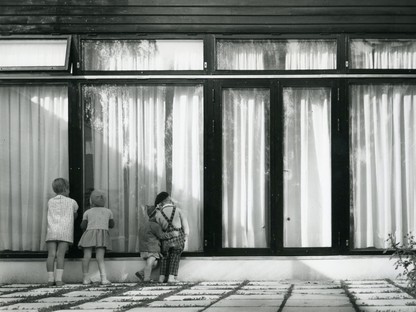