“a development that meets the needs of the present without compromising the ability of future generations to meet their own needs.”- ‘Our Common Future’, ONU 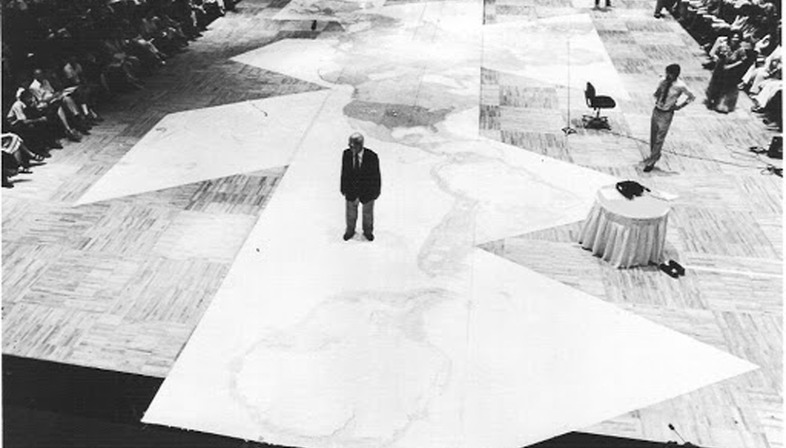 Paused...
It’s time to reset our conscience's moral compass, leaving aside a widespread, superficial attitude towards disguising green camouflage, with unrealistic assurances of regeneration. The moment has come to abandon lies, banalities and exaggerations of a 'greenwashing' that has marked these last years, by renouncing the traditional linear economy and appealing to a new circular model. The scenario, certainly not reassuring, does not sound new, for sure aggravated, but not unexpected or sudden, if we think of certain anticipations and theories that, even if neglected and not supported, had foreseen the consequences of an unbridled abuse of resources, already impoverished in the 1950s.

There is a simulation called 'World Game', also known as 'World Peace Game', precisely conceived as a reflection on the human habitat which envisaged that the group of participants, having an accurate inventory of the planet’s resources graphically represented in an interactive map, would collaboratively try “to make the world work for 100% of humanity in the shortest possible time through spontaneous cooperation without ecological damage or disadvantage to anyone”. A vision that embraces the globality of the planet in an aspiration of holistic sustainability. The author of this interactive game, that dates back to 1961 and proves to be terribly innovative, was already convinced that the set of high knowledge acquired, combined with the relevant quantities of recyclable resources extracted, had reached a critical level, and the time had come to abandon the competition, adopting cooperation as a strategy for survival. "War is obsolete" and "selfishness is unnecessary and henceforth irrationalizable" declared this pioneer of a new way of globally thinking, Buckminster Fuller, who, contemplating a synergistic and ecological conception of the world, was deeply convinced that each individual, as a constituent and interacting element of a great mechanism, had the responsibility to contribute to a greater equity, helping to avoid overpopulation and an uneven distribution of global resources. The concept of synergy, as a combined action of different reactants for the same purpose, will be the basis of his social and design philosophy. 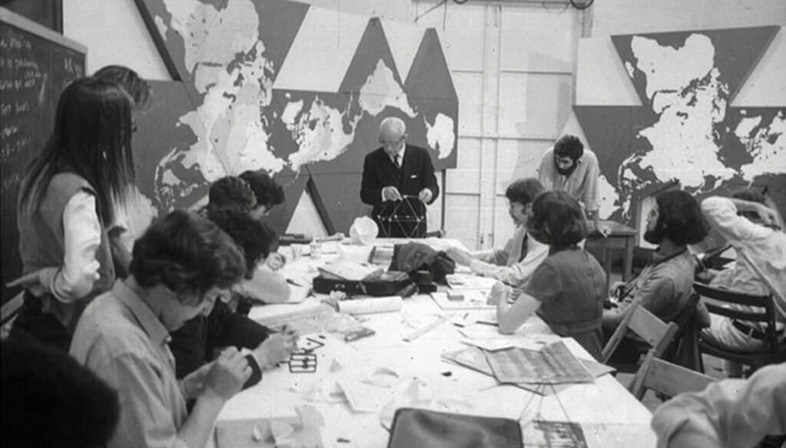 'World Game', also known as 'World Peace Game', Buckminster Fuller.
The prodromes traced by the extraordinary lesson of a man who, endowed with exceptional intelligence, devoted his energy to find a balanced management of the material resources for the benefit of the entire humanity, are followed by the original environmental considerations in 1966 of an American economist, Kenneth Boulding. In 1962 was published 'Silent Spring’, a book by Rachel Carson, a woman who, particularly attentive to environmental conservation, documenting the negative and polluting effects caused by the indiscriminate use of pesticides, and accusing the chemical industry of spreading disinformation, had helped to inspire an environmentalist movement. In this climate of awareness that in the United States was focusing the attention on the relationship between economic growth, development and habitat’s degradation, four years later was released 'The Economics of the Coming Spaceship Earth', the essay by Boulding, who as a  “pioneer ecological economist”, as he was defined, analyzed the ecological system offering limited resources, complaining about the attitude of the colleagues who persisted in thinking and acting as if production, consumption, productivity and GDP were the sufficient and adequate measure of economic success, without trying to adapt, not exceeding, to the increasingly limited environmental assets. 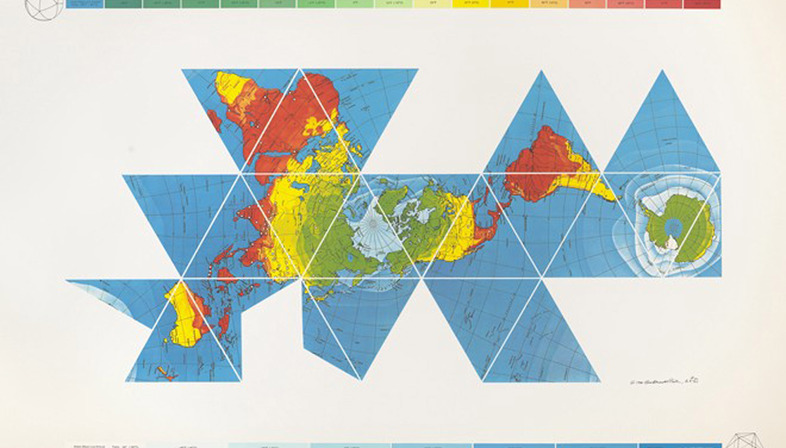 'World Game', also known as 'World Peace Game', Buckminster Fuller.
According to the author a long transition process is taking place due to the way in which man is perceiving the context where he lives. While in the past, facing dangerous and difficult situations, he invariably resorted to displacement, imagining the earth’s surface as a virtually unlimited plane, has then gradually accepted the idea of ​​a spherical earth and a closed sphere. A condition that requires economic principles different from those implemented in the open land of the past. From what is defined, for love of picturesque, "a cowboy economy", which makes unlimited use of natural wealth and waste disposal, dictated by exclusively expansionist principles, “since the cowboy is symbolic of the illimitable plains, also associated with reckless, exploitative, romantic and violent behavior, which is characteristic of open societies” the shift is to the closed economy of the future that could similarly be called the 'spaceman’ economy while the earth be compared to a single spaceship, “without unlimited reservoirs of anything, either for extraction or for pollution, and in which, therefore, man must find his place in a cyclical ecological system which is capable of continuous reproduction of material form even though it cannot escape having inputs of energy”. In the first case, consumption is considered a good thing and production equally, in the space economy instead, its success depends on the maintenance of stocks and "any technological change which results in the maintenance of a given total stock with a lessened throughput (that is, less production and consumption) is clearly a gain".

The concept of welfare, in a subjective interpretation, can have very different meanings, for some it consists in the excess, without worrying about abusing to the detriment of posterity, for Boulding "the welfare of the individual depends on the extent to which he can identify himself with others” and “the most satisfactory individual identity is that which identifies not only with a community in space but also with a community extending over time from the past into the future. If this kind of identity is recognized as desirable, then posterity has a voice, even if it does not have a vote ".

We are in the years that see, after the first half of the 1900s, the industrial production expanding and the signs of concern and the cries of alarm for the environmental degradation becoming more and more insistent. Some schools of thought developed which, although differently, embraced the cause, proposing possible remedies to stem the problem. In 1987 is disclosed by the World Commission on Environment and Development the report generally known as 'Our Common Future’, requested by the Norwegian Gro Harlem Brundtland. The definition of sustainability is not the first time it has been addressed, but in this circumstance the concern is about how things will evolve in the near future. It seems that it was listened to the anxieties of Kenneth Boulding, who tried with so much fervor to make it clear that not worrying about what would be, with the illusion that it doesn’t involve us, is a behavior provoked by a serious myopia, ethically and morally wrong, if we accept to be an integral part of a society, just as it is equally intolerable that political measures always advance pretexts of some urgency in order not to give priority to interventions concerning precisely this continually postponed tomorrow. For the first time on this occasion sustainable development will be defined with these words: “development that meets the needs of the present without compromising the ability of future generations to meet their own needs". 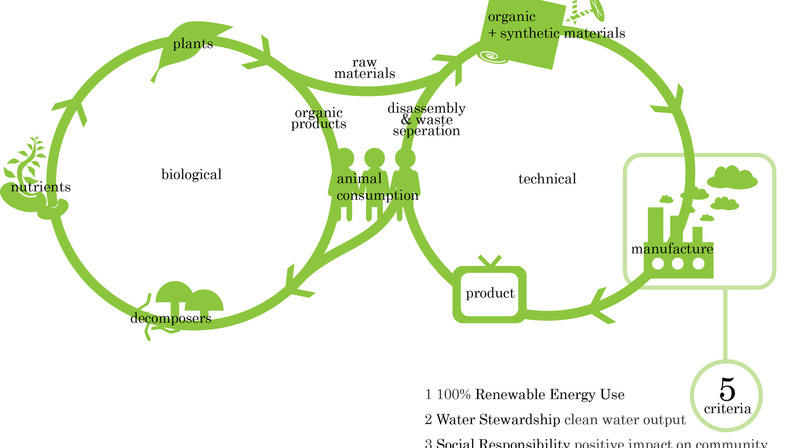 The disastrous consequences caused by a consumerist system that has fed on waste related to a planned obsolescence, specifically studied to provoke incessant incentives for novelty and change, call for remedies that can only be expected from attitudes of greater responsibility and above all of greater involvement in the future reserved for the children of our children. Gro Harlem Brundtland, raised in a family who encouraged her to believe that women can, just like men, achieve the same goals, has always been committed to the environmental front and was the first woman, as well as the youngest person, to ever hold the position of Prime Minister of the Norwegian government. The report commissioned underlines another crucial and decisive aspect: the numerous crises that the planet is facing are interconnected, interlocking crises, elements of a single global crisis, and for a change is indispensable an institutional planning which has to be initiated by every government and community for the common good. In short a sustainable growth is the result of a collective effort. The experts who in those years dedicated themselves to restorative alternatives supported a waste prevention limited to the manufacturing processes, without the subsequent utilization of the products.

It was a Swiss architect, Walter Stahel, who opposed this idea, underling that limiting the use of goods "from cradle to grave" was not really a sustainable solution, but rather we had to think of a loop from “cradle back to cradle". At the beginning of 2000 another American architect, William McDonough in collaboration with a German chemist, Michael Braungart, published 'Cradle to Cradle: Remaking the way we make things', a book-manifesto of the current circular production. Is encouraged the manufacture of products recommending the goal of upcycling clear in mind, before starting any processing, and then follows a subdivision of the products, at the end of their useful life, into "biological nutrients", which can re-enter the environment or "technical nutrients", destined to remain within a closed-loop industrial cycle.

These various stages have brought to a position from which there is no return: the time has come, appealing to different strategies, to plan a longer duration possible and to design for regenerating value, avoiding the obsolescence that has so far led to rubbish dump. "Extract, produce, use and throw", are the principles that have animated this consumerist logic, which has driven us, mainly due to energy production for industrial activity and transport, to an alarming atmospheric pollution, with significant damage for our health, and to an overheating of the atmosphere with those ruinous effects already manifested that, without a remedy, will amplify. Dealing seriously with the problem means to reduce the famous 'business must go on’, according to more ethical expectations, not arresting it, but not playing it unilaterally. Sustainability at this point is insufficient if it is not planned a product’s circle of life and if the individual is not supported by the entire community. A circular economy represents the new frontier, a coveted and challenging program with long-lasting positive consequences that could respond to an effective de-carbonization. Reducing, reusing and recycling are the 3 R that summarize the program on which its philosophy is based, to ensure a production cycle capable of generating further value.

The European Commission in 2015 has established a series of objectives to be achieved by 2030 and in 2019 has drafted with the ‘Green Deal’ a green economy plan that intends to transform Europe by 2050  “in a climate-neutral, just and prosperous society with a modern, resource-efficient and competitive economy”. Among the five sectors that have been identified as priorities to accelerate the transition have been included the category of construction and demolition. Although architects strive more and more to design preserving and respecting the environment, and to ensure indispensable conditions for well-being, architecture has severe repercussions on the ecosystem. The construction involves a huge use of resources and an equally important emission of CO2 (carbon dioxide), without considering the burden represented by the demolition of existing structures on the site due to the disposal of huge quantities of rubble.

Only by resorting to a change of perspective, abandoning the traditional approach in favour of maximizing resources and optimizing the metabolism of the architectural production, it will be possible to design ensuring that the amount of material used does not increase over time, as well as the need for its transport. This long-term planning vision, is certainly one of the fundamental drivers for achieving real change, also means to activate a chain, decidedly very broad, represented by all the actors, public and private, involved in the building’s process. Coordinating the entire so-called 'value chain' is certainly not an easy achievement. We are progressively trying to implement it and time will certainly refine phases and passages. Innovative construction techniques, experimentation and use of extraordinarily performing materials are smoothing out this path that seems indispensable to follow. 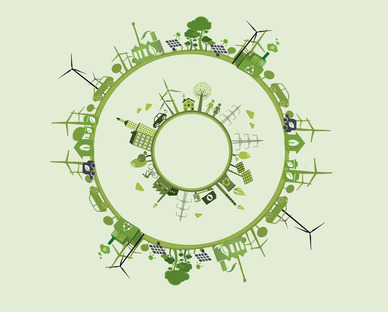 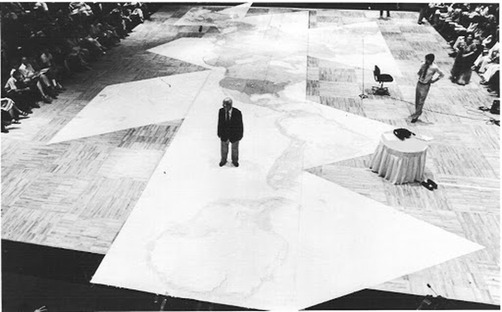 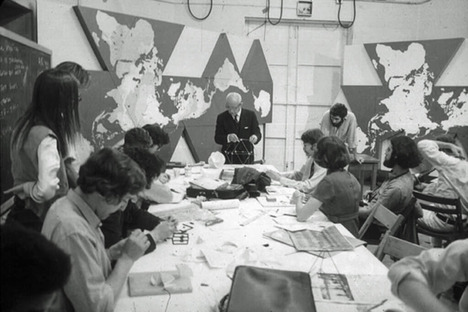 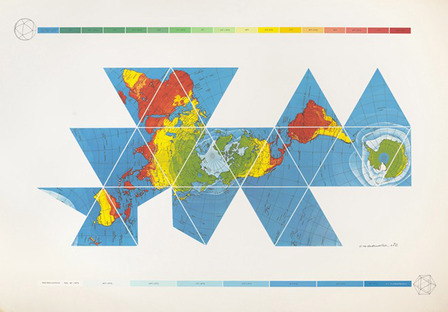 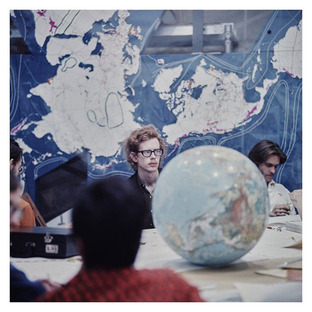 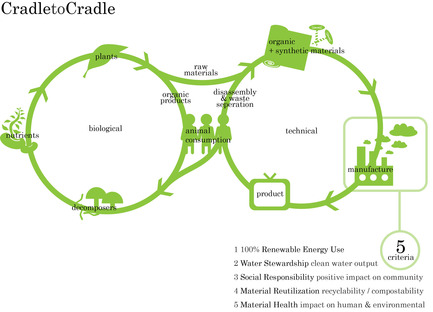 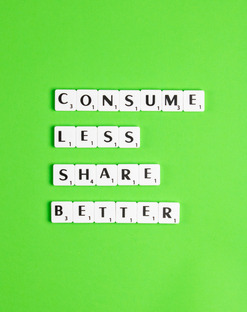 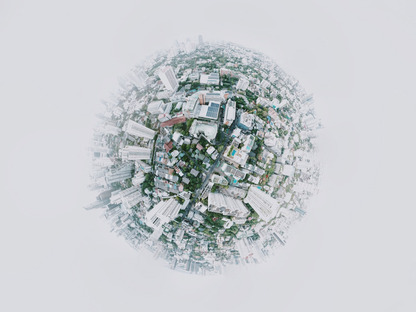 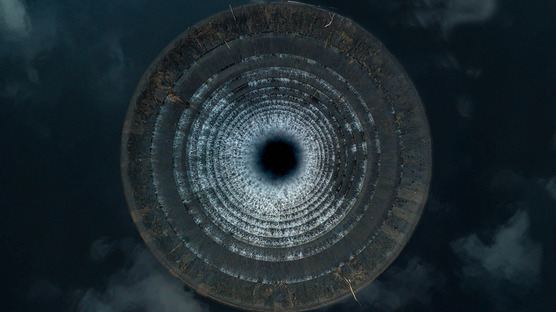 NEW GRAMMAR AND SYNTAX OF MATERIALS

MODULARITY IS THE FUTURE

WHOSE THE FAULT: PLASTIC OR MAN?