In a network, or in a trap? Creative artists answer the question at Centre Pompidou

‘Réseaux-Mondes’ is an exhibition in the arts and culture centre in Paris inviting multidisciplinary debate about the issue that characterises our time more than any other: networks. Sixty artists, designers and architects explore and interpret the theme. 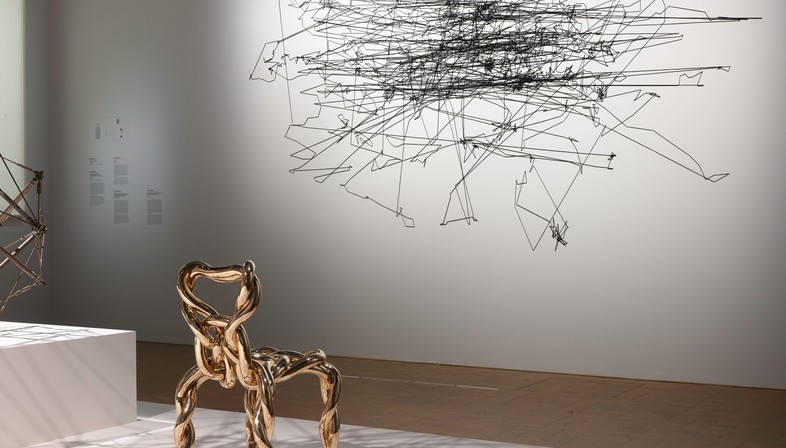 How many times have we wondered, when we feel we are being watched, guided, and constrained by the networks that overlap one upon the other in our lives: social networks, websites, tracking cookies… are we in a network, or in a trap? In a Paris that finally sees itself reflected in its places of socialisation, from the bistro to the square, from the garden to the museum, I sought (and may have found) an answer to the question at Centre Pompidou, visiting the exhibition ‘Réseaux-Mondes’. In Galerie 4 until 25 April, curated by Marie-Ange Brayer and Olivier Zeitoun, it is the fifth event in the ‘Mutations/Créations’ series investigating contemporary identity since 2017, taking a broader look at the phenomenon of networks – computer networks and not only – with contributions from about sixty designers, artists and architects. 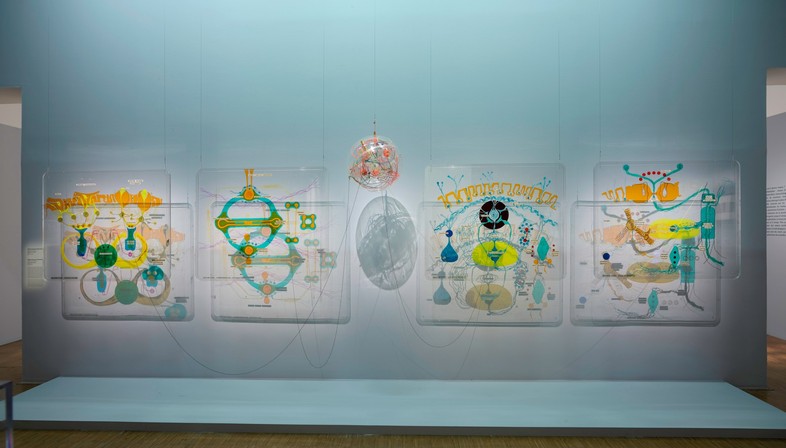 The exhibition addresses a vast, complex issue: understanding why networks play such a decisive role today, how they affect our existence, and what effects they have on expression in our times. As always in matters of creativity, it is wise to react and be informed, but also to leave room for the sensors of our unconscious and emotions, and it is these that the works in the exhibition address. This is how ‘Réseaux-Mondes’ begins, divided by the curators into four theme areas. The first, the Global Network, introduces the earliest traces of awareness of the existence of networks, as they first appeared to pioneering academics and artists of the fifties. The concept of the ‘global village’, introduced by Marshall McLuhan in 1964, was converted into a utopian project by Constant, a founder of the CoBrA group, who worked on an advanced, interconnected global village called New Babylon for 18 years starting in 1956. The exhibition features a model of one of the places of interchange of the vast network that Constant imagined: the Spatiovore centre, a seashell-shaped station for receiving migrating humanity on its eternal pilgrimages across the globe. 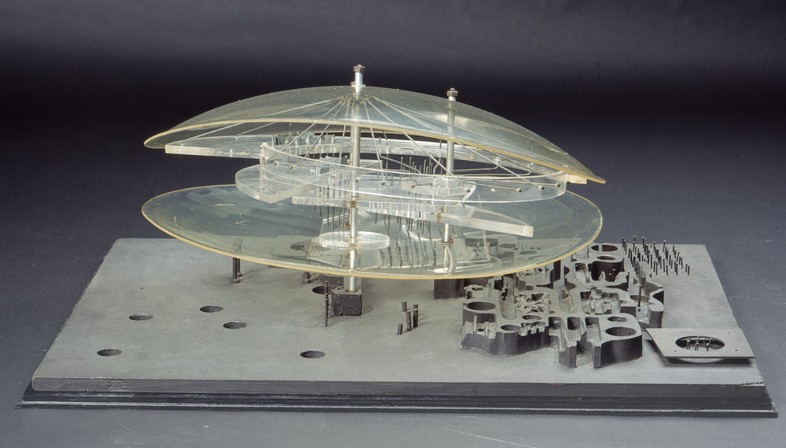 Constant’s striking and ingenious utopia turns into something disturbing in the second section, Criticism of Networks, which looks at the trend toward surveillance and control that has emerged over the past decade. I was particularly struck by Mika Tajima’s video Human Synth, reproducing swirls of blue smoke against a black background. But there is nothing poetic about it: the work represents the emotions expressed by Twitter users in Paris, with an algorithm that transforms them into swirls of smoke varying in speed and intensity on the basis of the emotions they express, in real time. As Tajima demonstrates, it is now possible to interpret, predict, and somehow guide collective behaviour. The decision to transform it into smoke gives the work a mystic, archaic flavour, recalling the incense of altars or the smoke signals primitive peoples used to communicate. 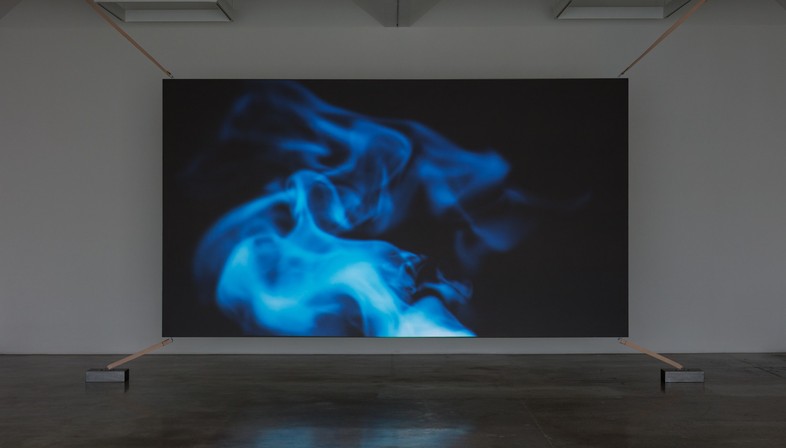 The third area focuses on the theme of Nodes and Nets, with more functional, concrete works whose pragmatism seems to tone down the disturbing prospects raised in the previous section. Networks have their uses, as demonstrated by the artists behind the works on display in this section, such as the amusing Node Chair by British designer Daniel Widrig, a 3D printed bronze-plated seat made up of a gigantic thread, chain-woven as in crochet work. Or the big Alga-Vannerie table, in which French designer Samuel Tomatis demonstrates his research into transformation of harmful, invasive algae into a long-lasting raw material that can be used in production processes. He presents the material applied to traditional braiding techniques used by the artisans of Guadalupe. 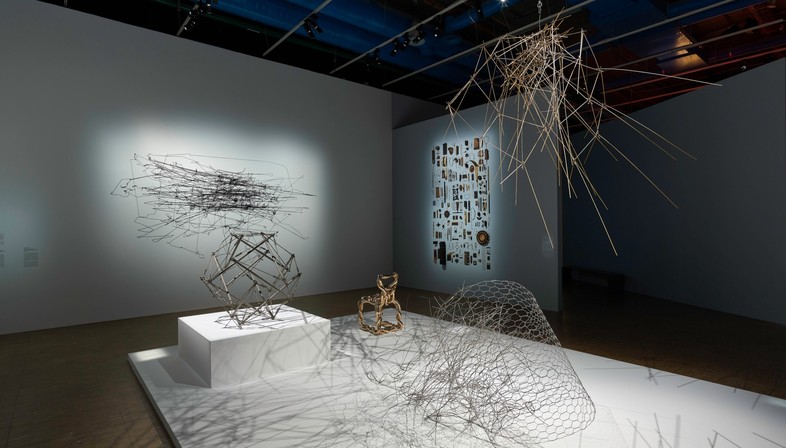 The final and most intriguing section focuses on the Network of the Living: in the centre of the space stands Flylight, an installation that enchants and surprises. An electronic sensor and an algorithm light up hundreds of glass capsule suspended in the hall to reproduce the behaviour of a flock of birds, a natural example of collective intelligence which organises itself into a network. While the Dutch artists of DRIFT offer an immersive experience inviting visitors to experiment with how the network can be useful and protective if it is put to work to safeguard the community that creates and uses it. 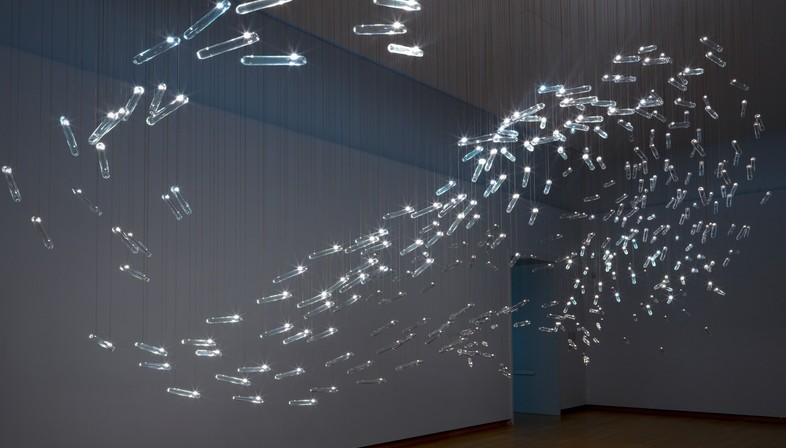 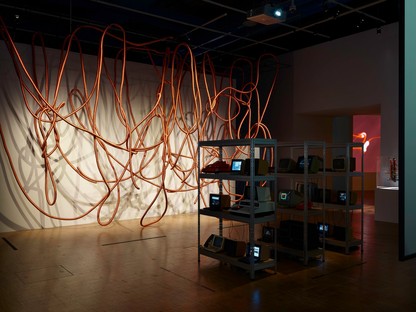 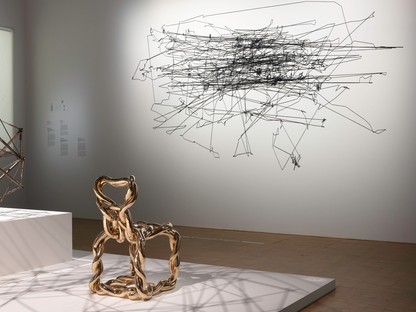 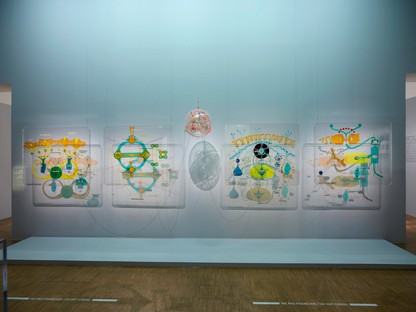 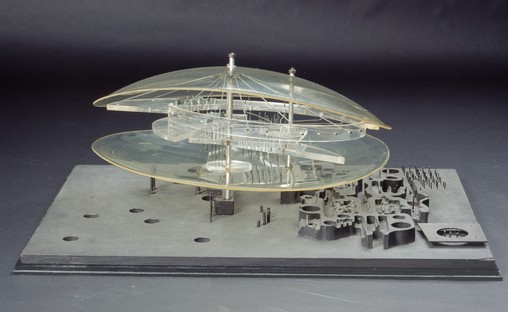 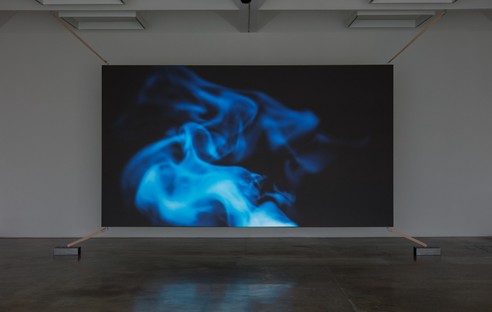 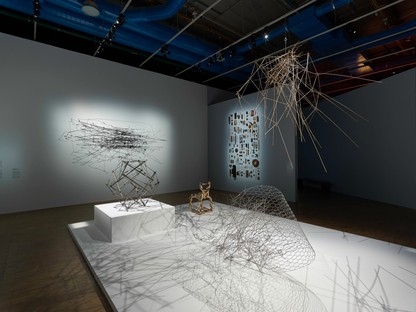 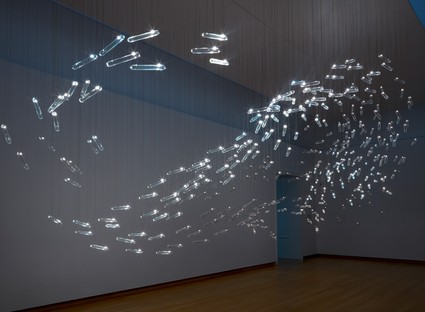 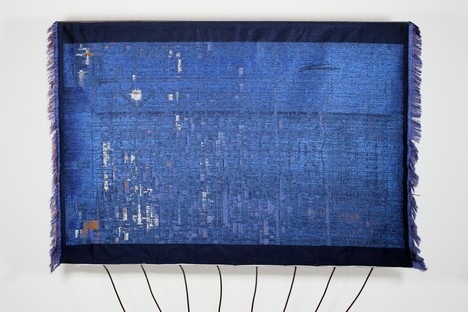 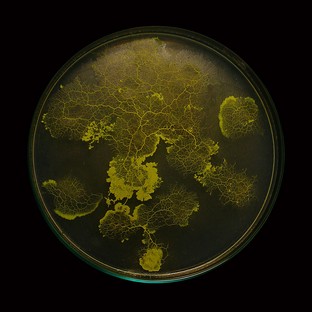 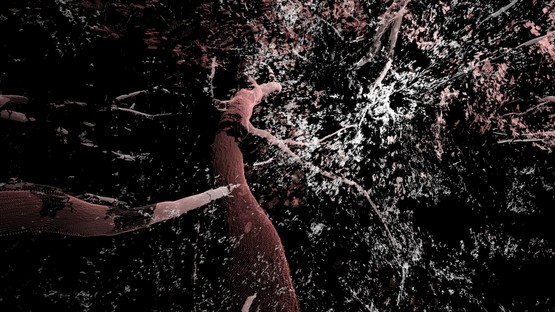 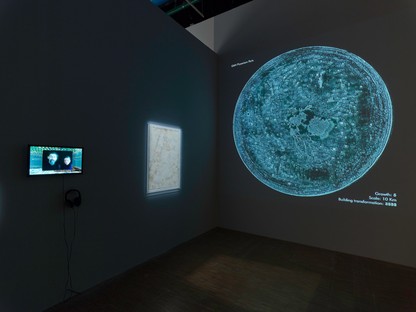 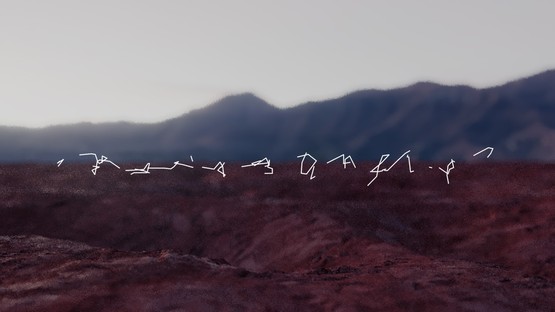 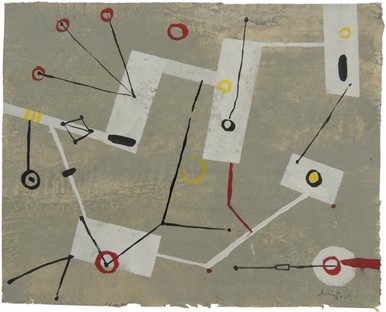 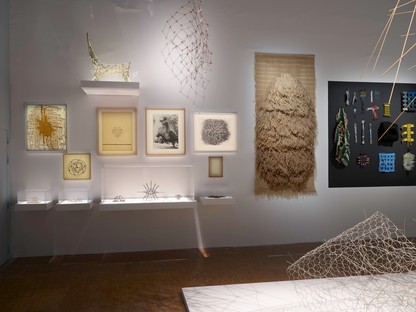 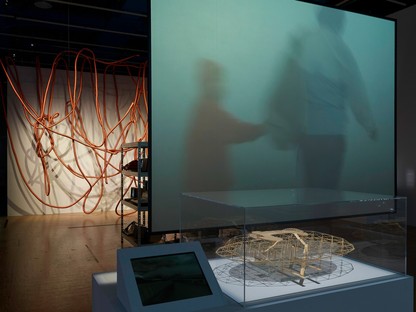 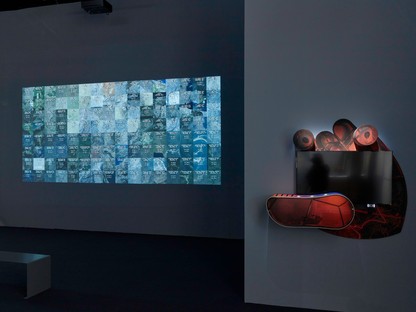 The Triennale Game Collection features in the 23rd International Exhibition