An October evening in Paris: a special banquet is being held in a beautiful high-class apartment, featuring enamelled ceramic dishes and cups in the shapes and colours of clouds, containing foods put together like sculptures, little flowers, candles and crystals. Ceramic Banquet Act I was an event held by House of Today to honour Lebanese ceramist Souraya Haddad. 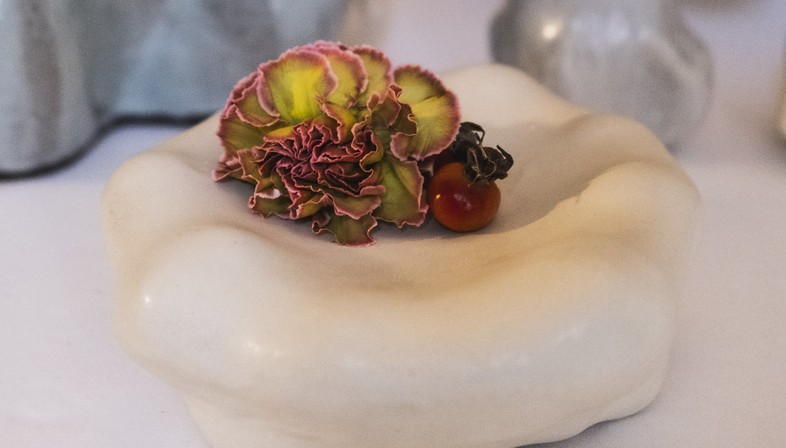 Our first instinct is to touch them, to make sure they don’t really have the consistency of clouds or the softness of cotton candy, that they really are plates, cups, cake stands, vases and candle-holders crafted by the hands of Souraya Haddad, a Lebanese architect and landscape designer converted to the art of ceramics. Her sculptures are functional, as she defines her ceramic tableware. Their soft shapes and welcoming forms conquered Cherine Magrabi Tayeb, founder of House of Today, a non-profit organisation for the cultivation and international promotion of Lebanese creativity. And so Cherine chose Souraya’s ceramic tableware for Ceramic Banquet Act I in October, a fairy-tale mise-en-scéne in her Paris apartment during Paris+, the French section of Art Basel. But it wouldn’t have been a banquet without food, in this case provided by Balbosté, one of the most prestigious creative studios for convivial events, capable of making a meal into an artistic performance. The result was a delicate and poetic ritual, in which the apartment provided the background for a masterful table setting and the food served as the counterpoint to the white score of the ceramics. 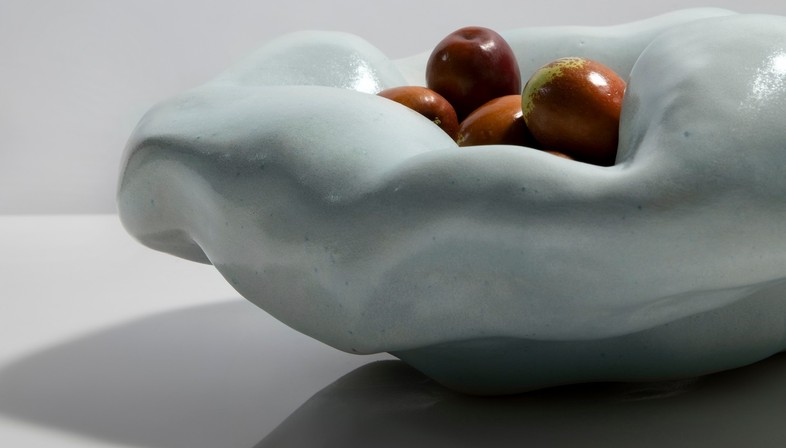 Souraya’s story bridges different continents, from Lebanon to Canada, where she studied architecture and landscape while learning to model terracotta and enamel ceramics at Centre de Céramique Bonsecours. It was immediately clear to her that this practice sublimed her propensity for design, handcrafting and artistic expression. It was the best way of conveying her nomadic sense, her culture of origin and her passion for travel. Her creations always have a practical purpose: they are vases and containers, plates and cups, bowls, cake stands and candelabras, all characterised by a sober, silent, contained profile, like Japanese ceramics, her declared source of inspiration. Their forms are irregular, expressing fluffiness, suggesting the image of clouds or balls of cotton wool. The ceramic seems to be on the point of levitating, almost as if captured in expansion; she intentionally leaves out straight lines and right angles. Her enamel is mostly white, but also pearl grey, hues of pale blue and beige created with natural pigments. 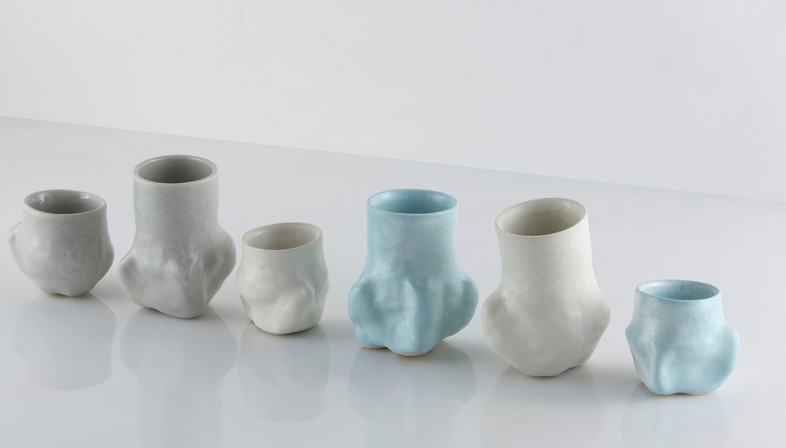 When asked if her ceramics are inspired by technique or intuition, Souraya replies: “In ceramics, the answer comes when you make them. It’s when you work with your hands that the inspiration comes. Whatever technique you use, it does not dictate the design. The way a piece turns out is the result of a multitude of factors: the ceramist, his or her experience, but also the magic of the fire”. The experiences that have marked Souraya’s personal life and artistic career include the dramatic explosion of 4 August 2020, when Beirut was devastated by a gigantic conflagration in the port, entirely destroying everything around it. Watching people gather in the streets to help one another, the artist realised that the essence of her work lay in unifying and harmonising the elements of the composition. To channel the anxiety of the trauma, she began frantically working clay, modelling its curves freehand to create soft, continuous shapes and volumes (these works became the core of an exhibition at Saleh Barakat Gallery in Beirut in 2021). 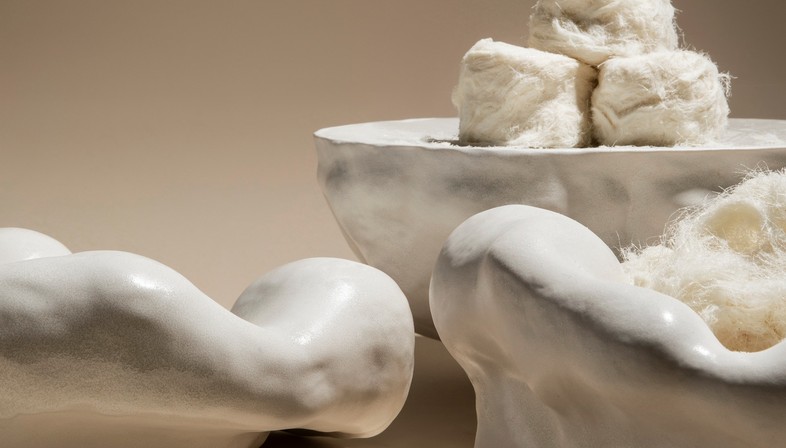 Souraya’s background as an architect and landscape designer is certainly relevant to her craft. A constant running through all her work: “Architecture has a major influence on my work. As in architecture, each ceramic project is a unique response to a requirement,” declared Souraya to Ici Beyrouth, “finding a meaning, an idea, telling a story, identifying the manufacturing techniques in the ceramic, then adding the choice of enamel, which is a whole world in itself.” And even though the situation in her country remains complicated, to say the least, Souraya is confident that art can change the world: “Before a work that touches us, we feel emotions: we smile, we cry… we argue, we change our minds, we learn. New horizons open up, things evolve. Yes, art can change the world!”. 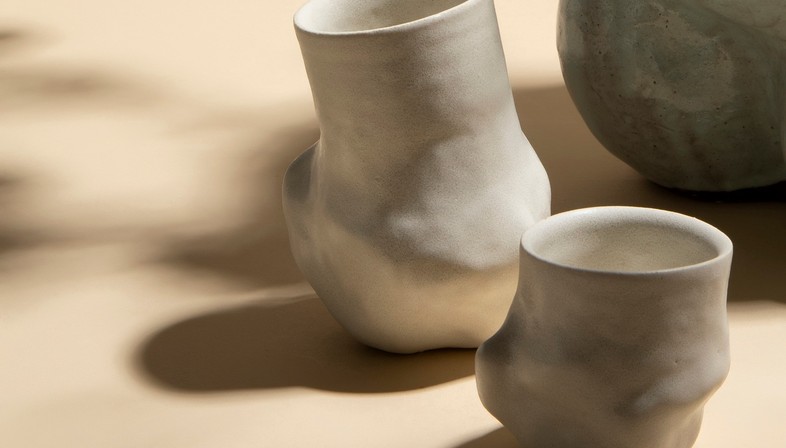 All photos: courtesy of House of Today and Souraya Haddad 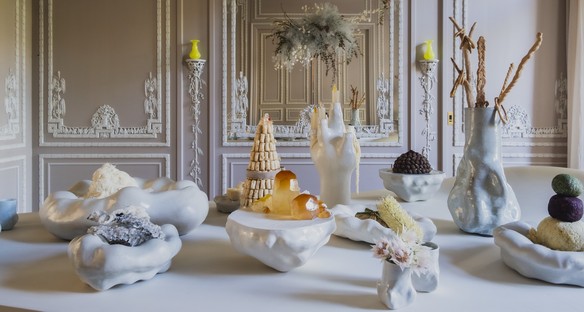 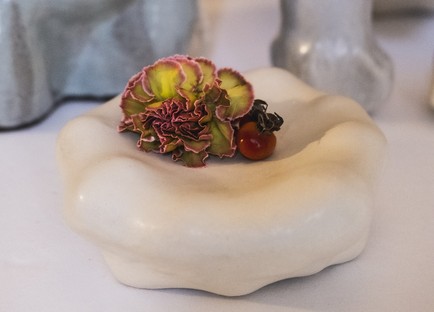 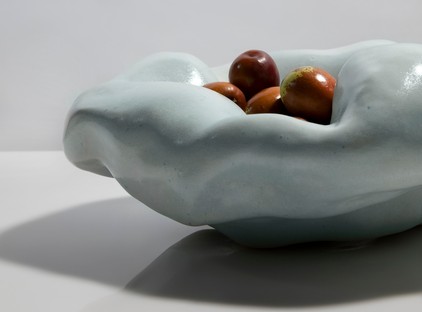 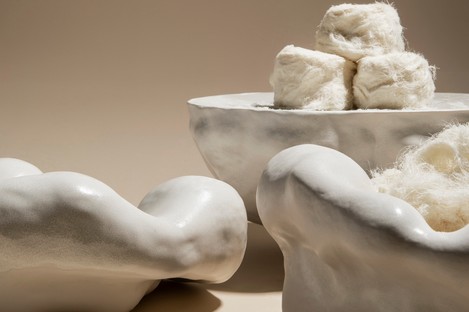 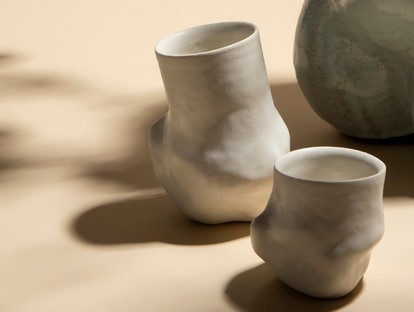 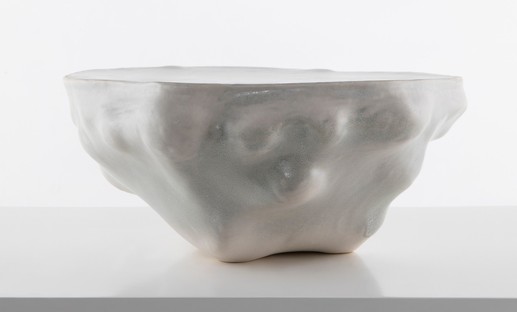 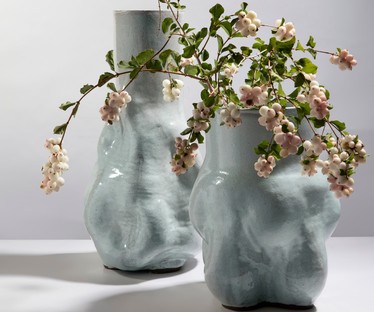 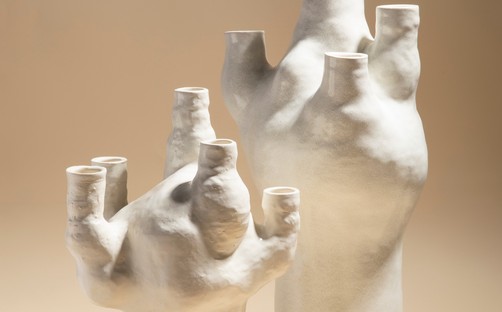 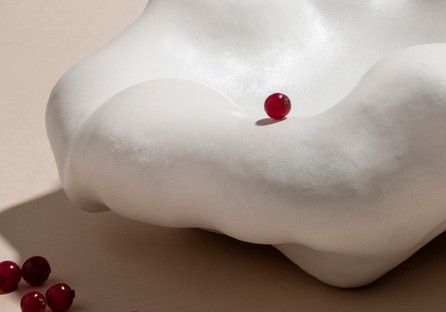 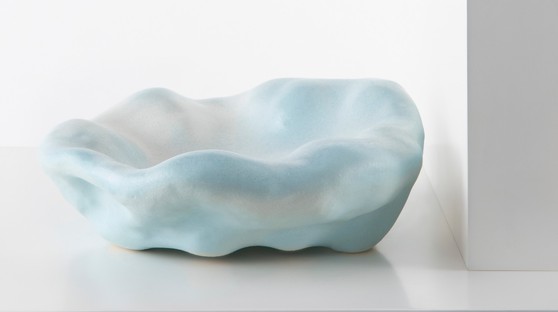 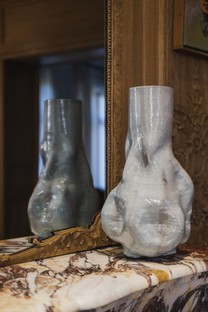 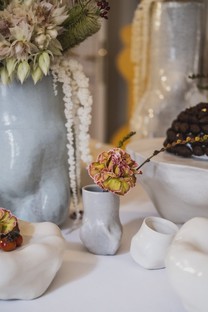 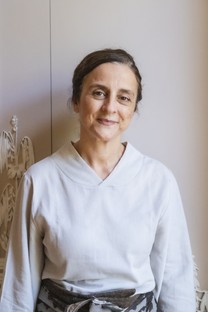