Can we obtain lumber without cutting down trees? Judging from the way our tropical forests are disappearing, the answer is no. But actually, it is possible, if you don’t kill the tree, so it can continue growing. This is the ancient technique of Daisugi, literally meaning "platform cedar", in use in Japan’s Kyoto prefecture since the fourteenth century. 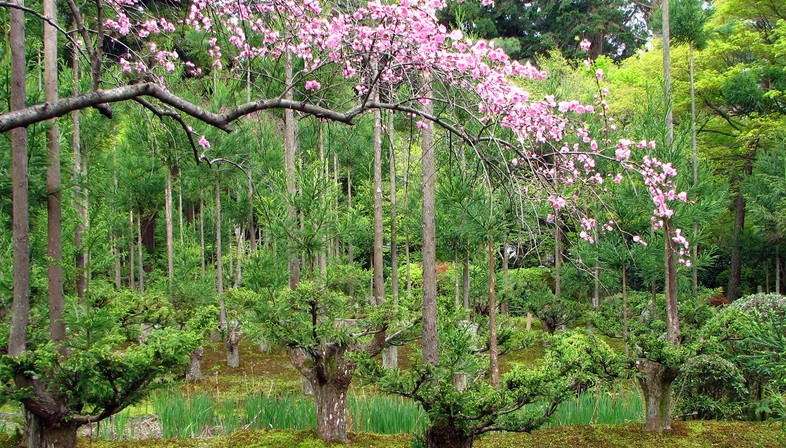 Japanese culture is particularly fascinating, and in addition to sushi, saké, the martial arts, cosplay, paper houses and the art of flower arranging, to mention only a few of its expressions, the country is also the home of Daisugi: an ancient forestry technique that protects the forests, optimising growth and productivity without cutting down trees.

The first testimony of the Japanese technique of Daisugi dates back to the fourteenth century, in the city of Kitayama, 20km northwest of Kyoto. The whole area is mountainous, with steep, inhospitable slopes on which it was extremely difficult to plant and grow trees, resulting in a shortage of lumber for building houses and other manufactures. It was this shortage of raw materials that drove the local population to come up with an original solution, almost entirely inspired by bonsai pruning methods. The Daisugi technique permits a significant increase in the quality and strength of lumber harvested per hectare, while accelerating the growth cycle and increasing the amount of lumber produced.

A Daisugi is an entire forest growing on a single tree. Dozens and even hundreds of trunks can in fact be obtained from a single tree, harvested about every twenty years (much more frequently than in other forestry techniques), obtaining very high-quality wood which is 140% more flexible and twice as dense compared to conventionally cut lumber, guaranteeing a perfectly straight trunk free of knots. So why hasn’t the technique been adopted elsewhere, you may be wondering? The only plausible reason for the failure of the Daisugi technique to spread beyond Japan is the type of tree employed. The name Daisugi literally translates as "platform cedar" or "platform of cedar", and the technique only works with Japanese red cedar, also known as Kitayama cedar, or by its Latin name Cryptomeria japonica: a variety that has trouble growing anywhere other than in its natural habitat. And as if that weren’t enough, Kitayama cedar is a unique plant with a particular malformation that renders it sterile, so every new tree must be a cutting. Legend has it that the first cedar to display this particular mutation is still alive in Kitayama, centuries after its birth, where it is known under the name Shirosugi.

Daisugi began in the fourteenth century and was already in decline by the sixteenth century due to a drop in demand for building materials. But its aesthetically satisfying peculiar shape ensured the survival of Daisugi for ornamental garden plants. Centuries-old Daisugi trees may be found in the forests around Kyoto, but they have been abandoned: a Daisugi produces lumber for 200 to 300 years, but then loses its productivity. Despite this, a number of trees have reached the highly respectable size of fifteen metres in diameter at the base!

In a world dominated by deforestation and the race to achieve low- cost productivity and efficiency, where ancient traditions and manual handcrafting skills are being lost, it would be interesting to go back to studying this ancient Japanese technique, which could offer new inspiration for preserving our trees, a common asset of inestimable value. 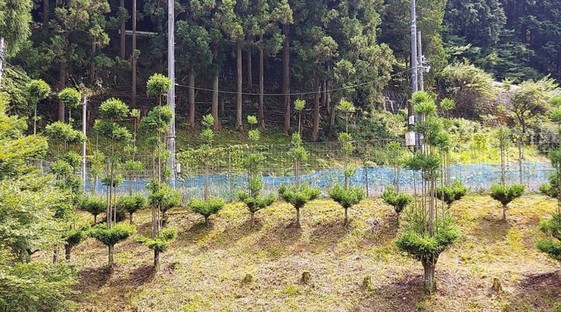 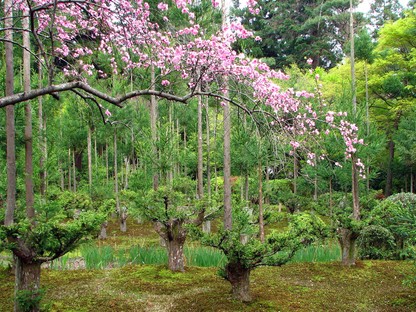 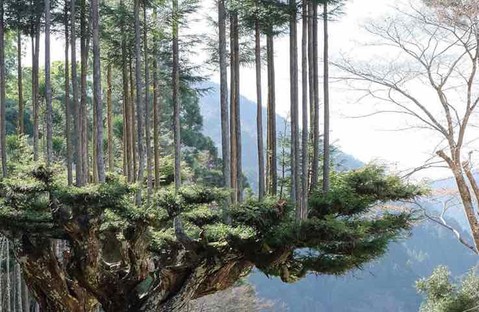 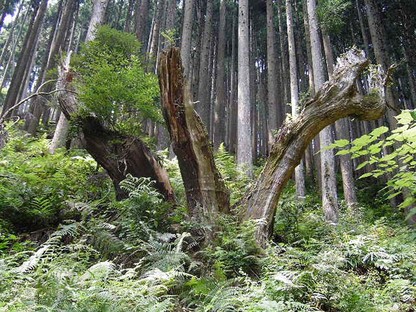 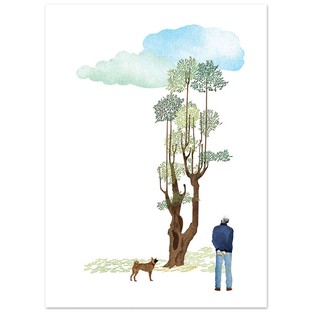 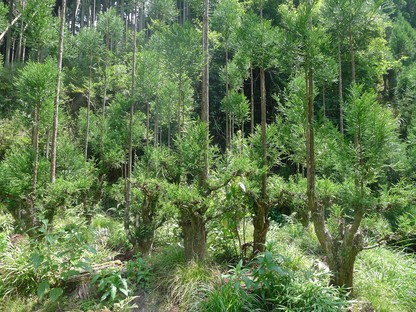 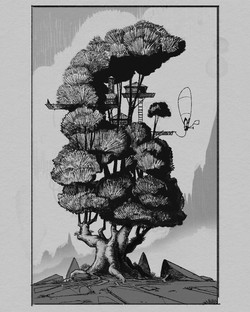 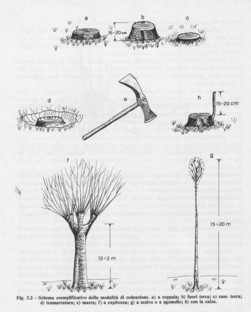