“Soplo” means “whisper”, and the name alludes to the fact that the house, designed by architect Cazú Zegers, traps the wind in its sinuous lines. Inspired by a sculpture by Richard Serra, housed in the Guggenheim Museum of Bilbao, the house works in deep harmony with the landscape. 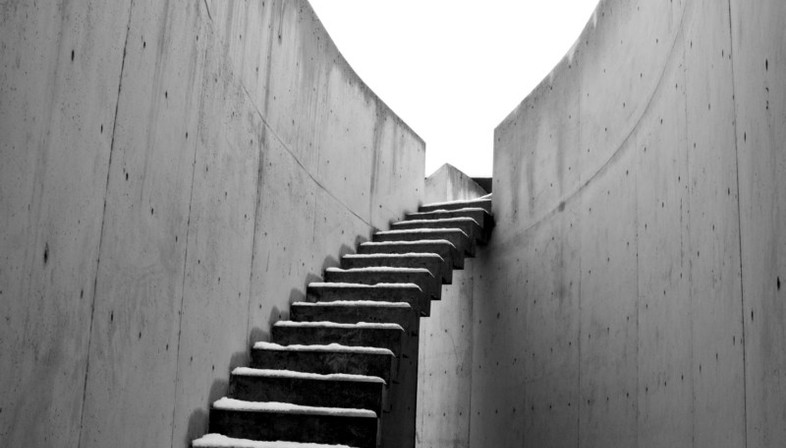 In Santiago, at the foot of the Manquehue hill, architect Cazú Zegers designed a single-family house that has the appearance of an open pavilion, which works in deep harmony with the natural landscape. The idea of Cazú Zegers was not to create one unique, isolated building, but rather a building whose façade blended in with the nearby house of Cazú’s sister, designed by architect Luis Izquierdo.
Inspired by a sculpture by Richard Serra admired in the Guggenheim Museum of Bilbao, the house designed by Cazú Zegers is a reflection of the lines of Luis Izquierdo's building and combines them with a façade made of sinuous walls of reinforced concrete.
These sinuous lines, geometrically defined by the rules of the golden ratio, hide the entrance and evoke lines of sand blown by the wind, hence the term "Soplo", "whisper", from which the house takes its name.
The roof of the house was taken to be a fifth façade, and is covered by a garden, contributing to the thermal efficiency of the house. The plan of the house is the result of careful work regarding subtraction, which allows for flexible and dynamic spaces, where the different rooms have no hierarchy. The garden imitates a typical agricultural landscape and is divided into wide curved terraces that mimic the entrance walls, and end with a 25-metre swimming pool. 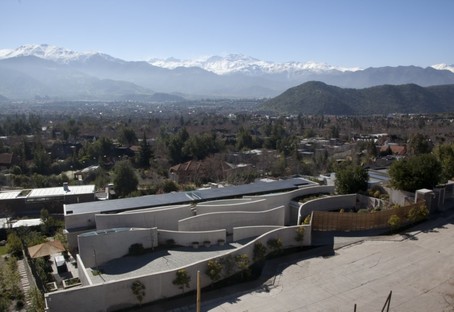 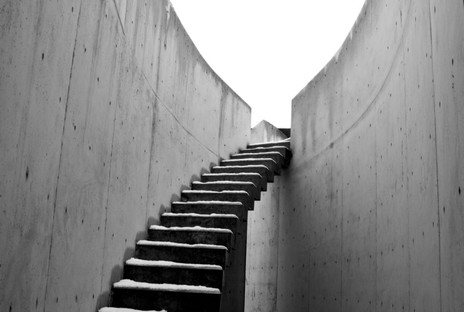 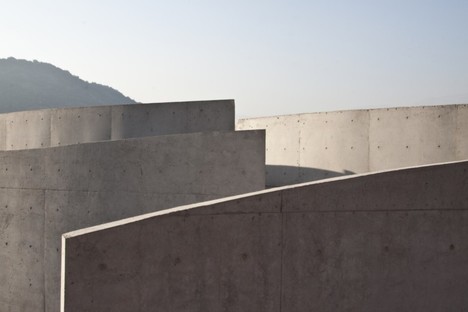 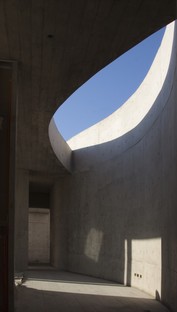 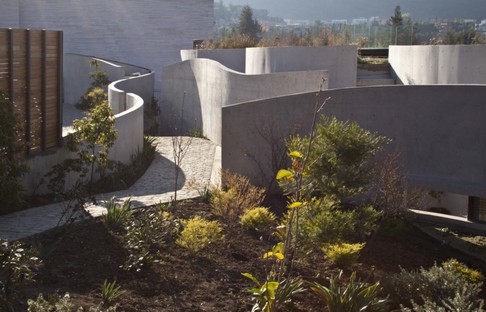 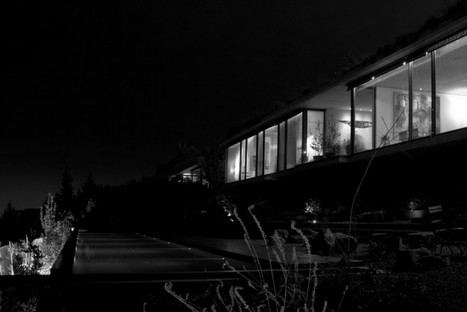 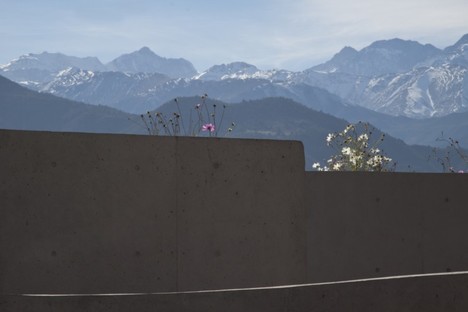 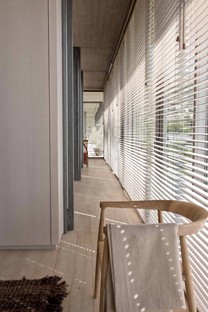