Hiroshi Nakamura & NAP have won the WAN Sustainable Buildings Award 2016 with their project called Kamikatz Public House in Japan. The public house is located in Kamikatsu, a town that aims to become a sustainable society by recycling everything. Designing a house in a town like Kamikatsu in Japan - which has attained an 80% recycling rate by sorting its waste into 34 categories - was a challenge that Hiroshi Nakamura & NAP took up with great gusto, respect and success, and their efforts have won them the WAN Sustainable Buildings Award 2016. The Kamikatz Public House stands in an urban context dominated by the principles of sustainable and recycling, and has been designed as an architectural manifesto of the art of repurposing waste. 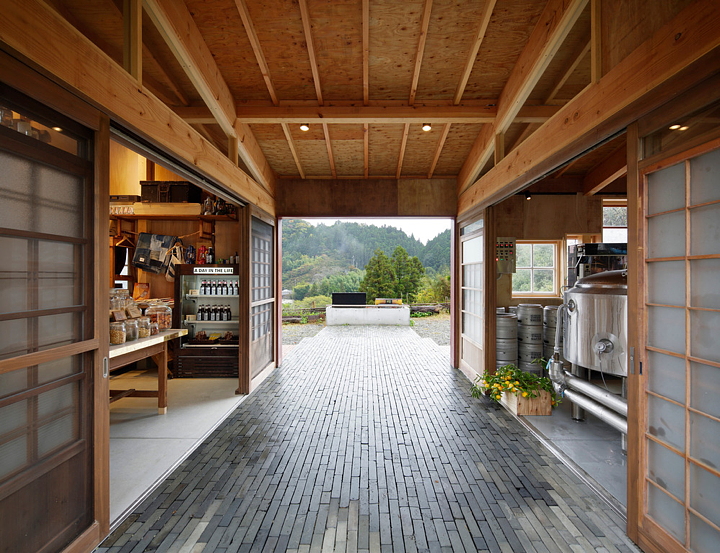 This is a small, low-cost building that houses a pub (hence the name “Pub-lic House”), as well as a store that sells household items, food, and beer by the weight, i.e. without industrial packaging, thereby considerably reducing the production of waste. Hiroshi Nakamura & NAP have created a space full of improvisation, where each design option reuses existing material in order to construct a building without any scrap at all. And these simple, effective solutions are what make the Kamikatz Public House so appealing, like its exterior walls made from locally sourced cedar offcuts coated with natural paints.

And the pub's facade uses windows and fittings procured from abandoned homes, symbolising the philosophy of the three 3 Rs (reuse-reduce-recycle). This 8-metre high facade corresponds to the elevated ceiling of the building to improve the climatic comfort of the interiors, in turn assisted by the double-layer windows that enhance insulation.  A true visual icon, a sustainable landmark, and messenger of the low environmental impact lifestyle maintained in Kamikatsu. This is a real example of how architecture can make a fundamental contribution to limiting the carbon footprint of the building industry. 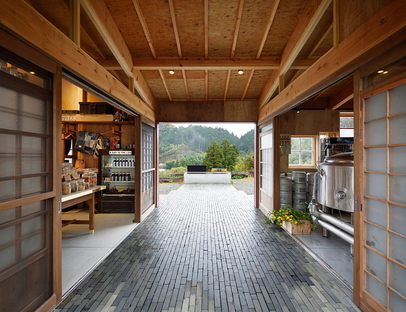