Paris-based architecture and urban planning firm Trévelo & Viger-Kohler (TVK), designed a project in the 15th arrondissement, Paris that includes apartments and a wide range of facilities for the community, including a retirement home, day centre and crèche. 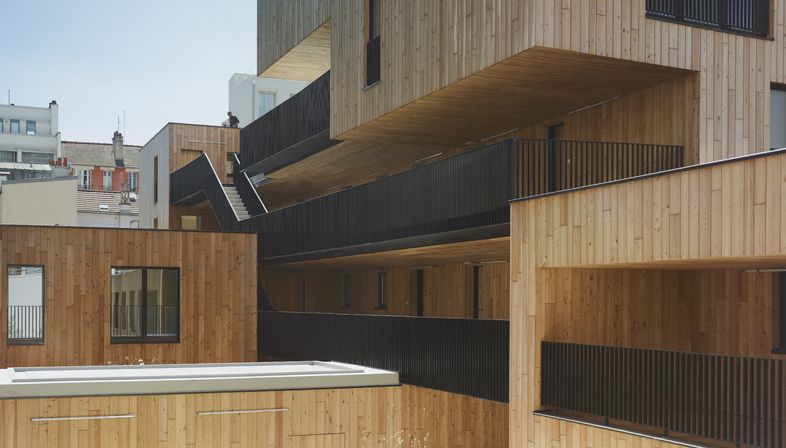 Paris-based architecture and urban planning firm Trévelo & Viger-Kohler (TVK), designed a project in the 15th arrondissement, Paris that includes apartments and a wide range of facilities for the community, including a retirement home, day centre and crèche. The Rue de Lourmel project has converted an old, disused industrial plot into a virtuous example of social building. 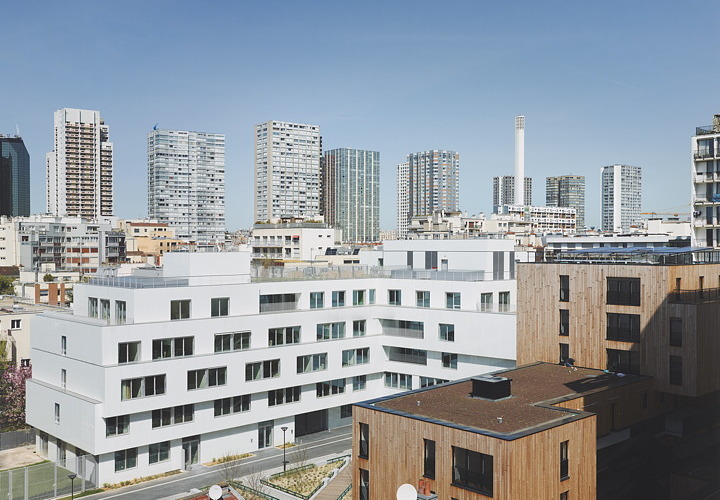 Building new homes with community-targeted programmes, and at the same time redeveloping a disused industrial area in a densely inhabited urban context - the Rue de Lourmel project by Paris-based firms TVK has done all of this and more. 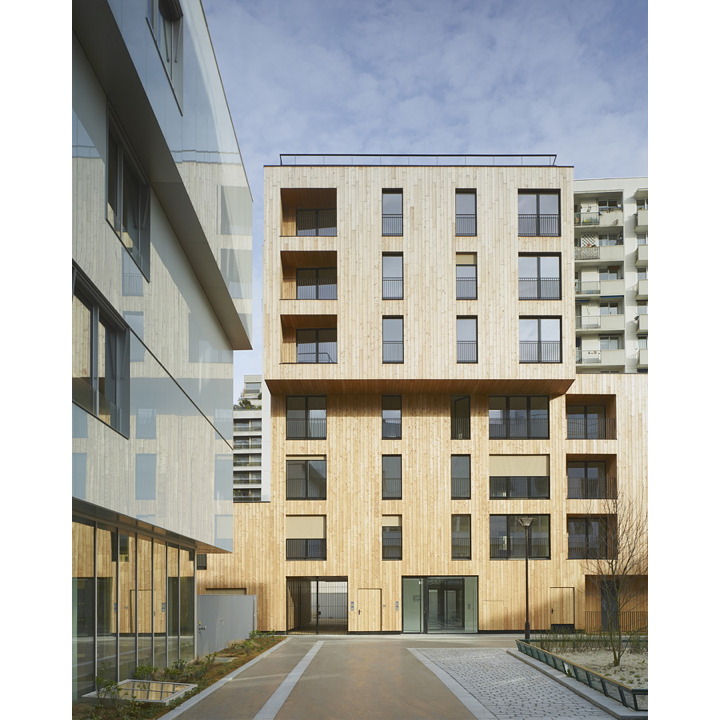 The project is divided into three buildings that make up the complex built in compliance with the Climate Plan of the City of Paris (Plan Climat de la ville de Paris) to improve the sustainability aspects of the architecture and the site stands on the corner of two major arterial roads of the 15th arrondissement, the most populous district in the French capital.
Each of the three buildings has a completely different style - the corner building is an 8-storey construction comprising 30 social apartments with large windows and retail space while the "heart" is composed of another two buildings and is located away from the street front. 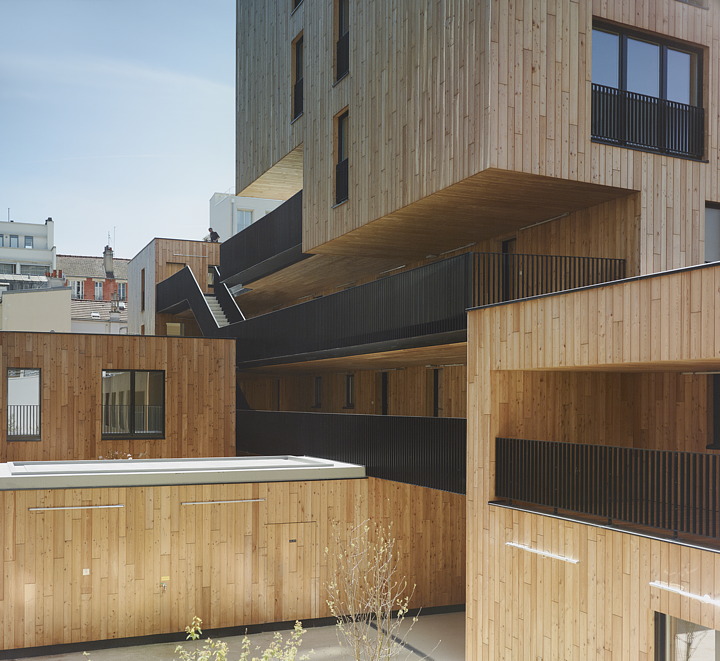 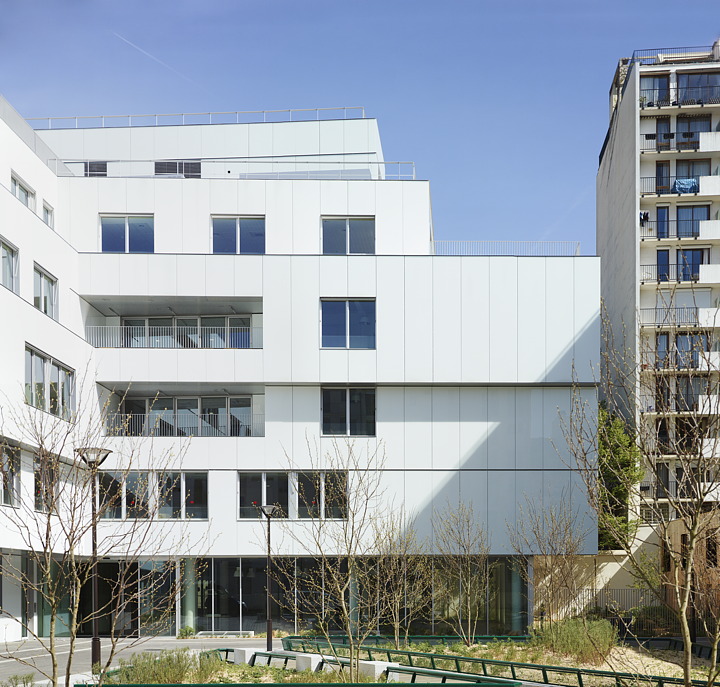 The first of these buildings, in the east - easy to distinguish by its all-wood cladding - houses a women's domestic violence shelter and 24 social housing units.
The second building is marked by glass bands and accommodates a crèche, a 101-room retirement home and a day centre for the homeless: a real social centre for the neighbourhood 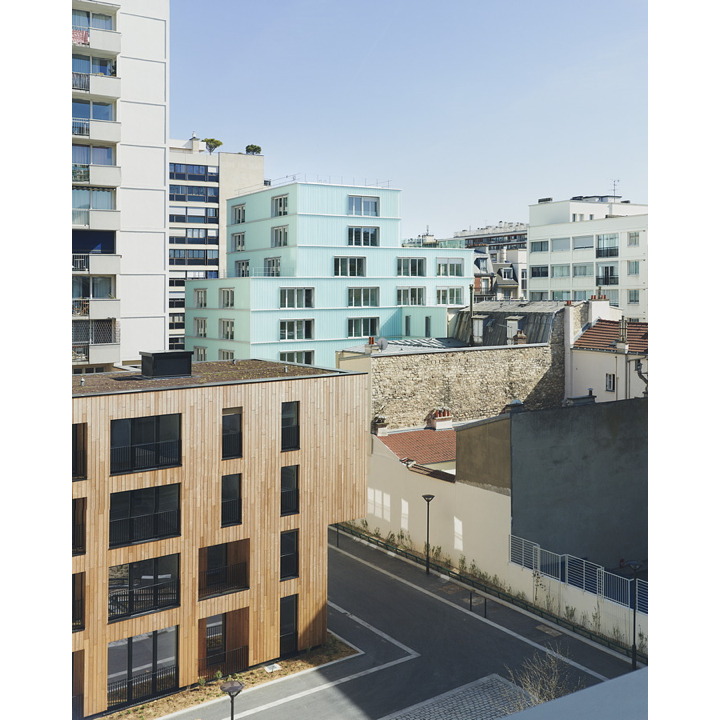 With the Rue de Lourmel complex, the TVK design team has come up with an integrated solution for living in a large city, where the increasingly heterogeneous society requires diversified and at the same time compact proposals. The streamlined purity of the three volumes speaks a language that is easy to understand, making it easier for the different users to accept the architecture. 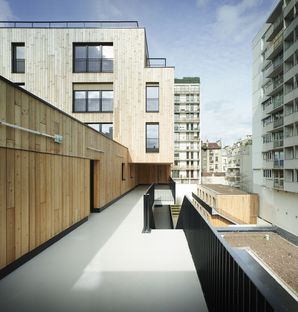 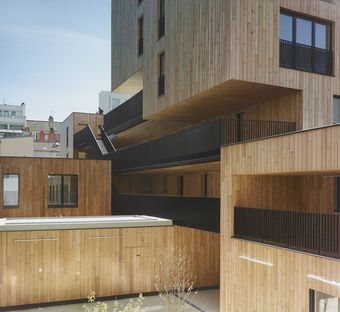 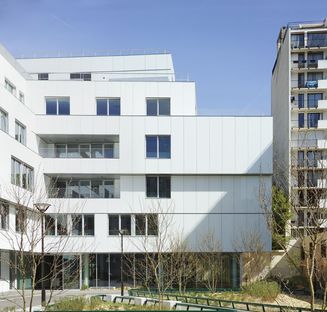 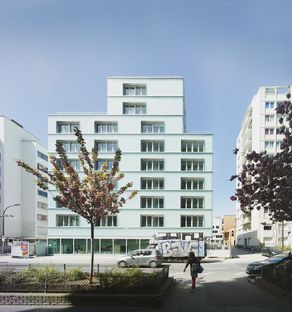 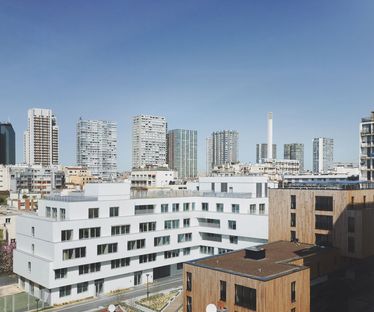 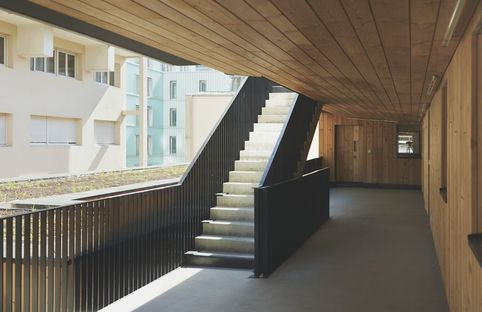 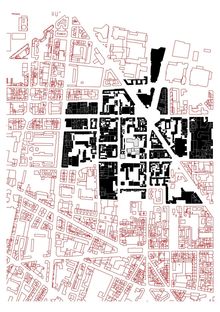 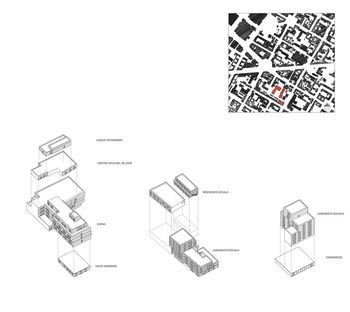 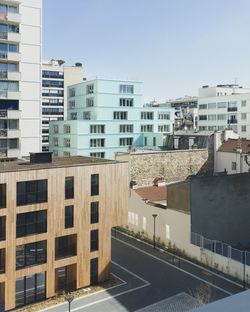 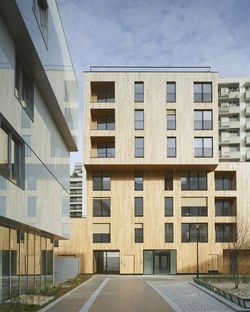 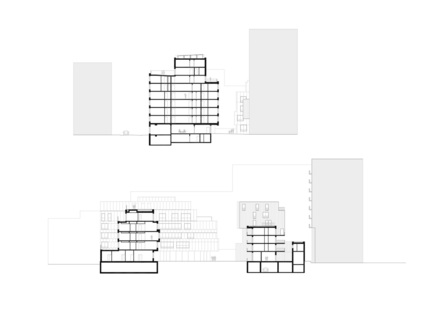