Tainan Spring, an urban lagoon in Taiwan by MVRDV

Dutch architecture studio MVRDV has created a virtuous example of the circular economy in Tainan, Taiwan. The architects removed and recycled a strategically positioned shopping mall in the old town, which no longer serves its intended purpose, replacing it with a sunken public plaza dominated by an urban pool and local plants, and surrounded by a shaded arcade. 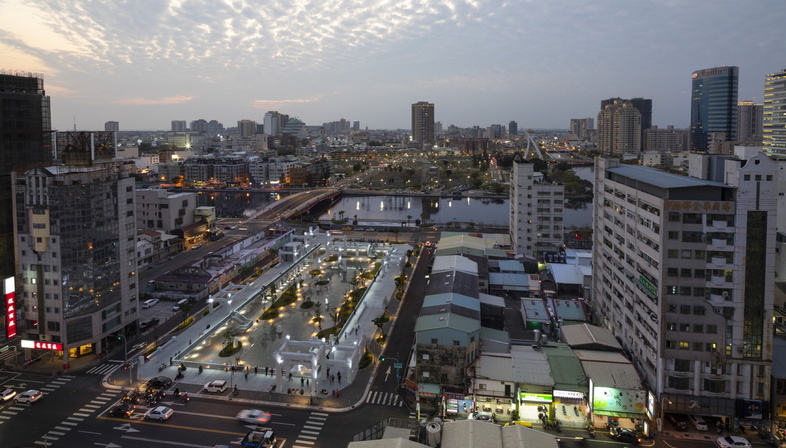 Tainan, on Taiwan’s southwest coast, is the oldest and sixth-largest city on the island, with a population of 1.9 million. Since the 17th century, the city’s economy revolved around its marine and fishing industry but as industrialization gained ground in the 1980s, the city stepped away from its roots. China-Town Mall was built on the old harbour next to the Tainan Canal in 1983. This large structure was intended for retail only and it has since been supplanted by online shopping standing disused as a white elephant for ages and casting an ugly shadow over the urban context.
The architects from MVRDV worked with the city of Tainan to revitalize this central part of the old town and give it back to the community. The China-Town mall was removed and meticulously recycled, making the project an innovative example of the circular economy. The architects turned the mall’s underground parking level into a sunken public plaza dominated by an urban pool and verdant local plants and surrounded by a shadowed arcade.
They carefully designed the pool to turn it into a perfect, all-season gathering spot: the water level will rise and fall in response to the wet and dry seasons, and in hot weather mist sprayers will keep the temperature down and provide welcome relief to visitors, reducing the use of air conditioning in the summer months. Playgrounds, gathering spaces, and a stage for performances populate this space, while the artful deconstruction of the building’s concrete frame has left nooks and crannies that can in due course be converted into shops, kiosks, and other amenities.
In addition to this, a glass floor exposes a portion of the second basement level structure below to give people a deeper understanding of the site’s history and allow them to appreciate the former mall as an important part of Tainan’s history. This new way of preserving heritage meant that the site was not cleared and renewed in a tabula rasa approach, removing everything that referred to its near past. Instead, the foundations of the former mall stick out of the park and the lagoon, a bit like a contemporary Roman Forum, offering a visual marker of the historical decision to close a port in favour of a mall.
A key part of MVRDV’s strategy for Tainan Spring was to bring greenery back to the city. As a result, both the public square and Haian Road - also revamped by the Dutch studio - see the introduction of large areas of planting, envisioned as a lush garden and using local plant species mixed in a way that emulates the natural verdant landscape located to the east of Tainan. By the same token, the large sunken pool references the city’s lagoon history and is a playful way of teaching kids about the past, as we can see in the shots taken last weekend when the new urban park opened.
Tainan Spring is the first of two MVRDV projects that will be completed in Tainan this year, with the Tainan wholesale market east of the city currently in the final construction stage. It will welcome customers with large planted roof dedicated to gardening for growing 0-mile produce. 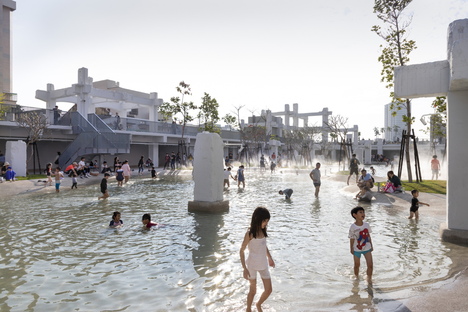 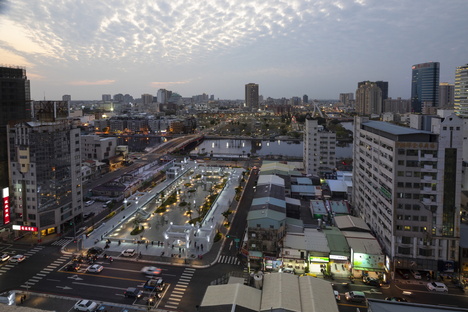 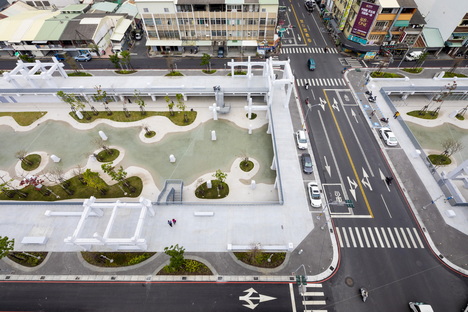 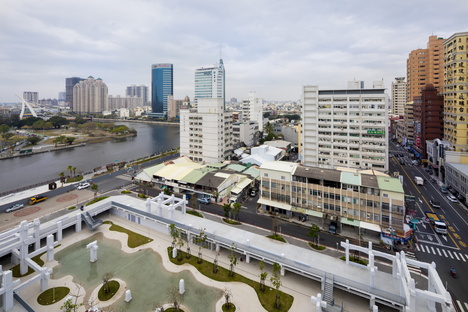 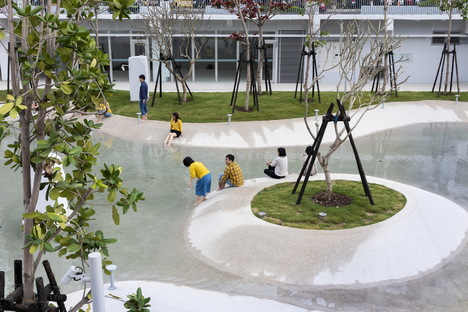 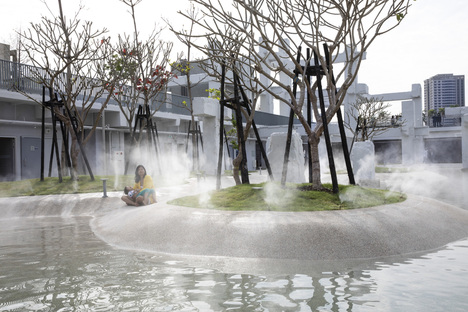 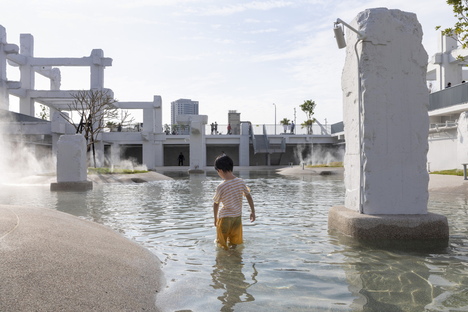 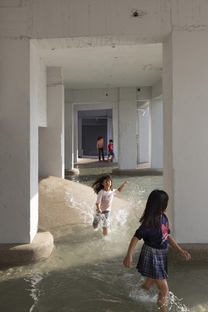 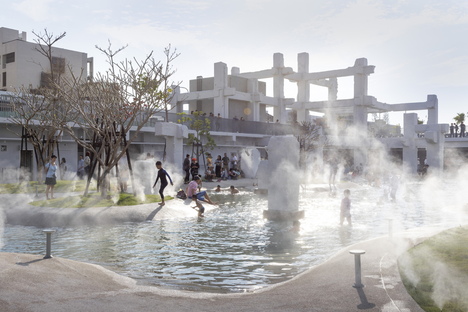 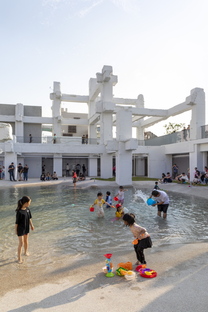 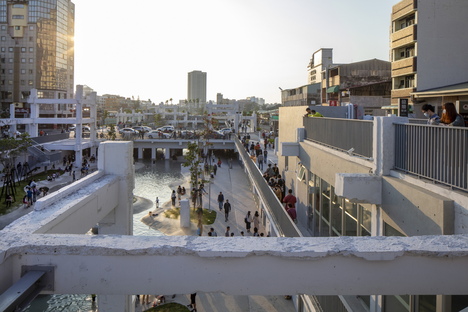