Calgary 9 Block Project us the name of the project by the students from the University of Calgary’s School of Architecture, Planning, and Landscape (SAPL). It is a temporary, experimental installation specifically tailored to improve the perceived sense of safety in a downtown zone, developed under the supervision of Professor Mauricio Soto-Rubio and robotics specialist Guy Gardner. 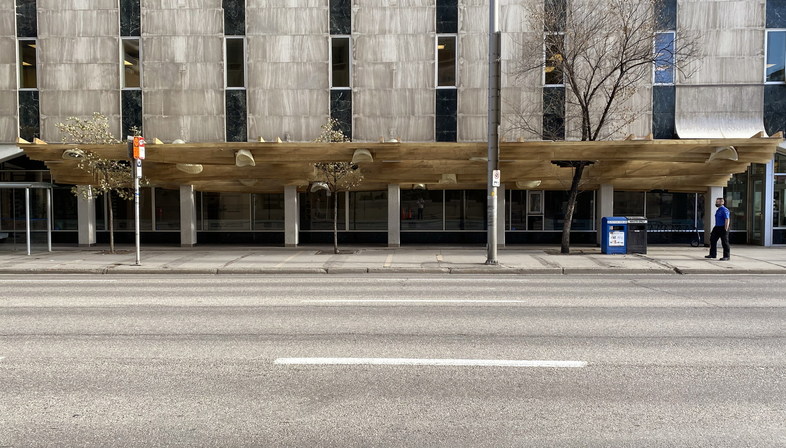 The sense of security, especially in the city, is not only a matter of objective facts but something that is linked to our perception of a specific place. We presented one example of this last year, with the railway underpass in Assen, Holland. Knowing this, the governors in the city of Calgary, Canada, were concerned with improving the perceived sense of safety and vibrancy in the city’s downtown core. At its centre, the area includes Calgary’s City Hall and Municipal Building, the American Consulate, Olympic Plaza, Arts Commons, and the Glenbow Museum, as well as other significant landmarks including the City Building Design Lab, a collaborative research satellite for the University of Calgary’s School of Architecture, Planning, and Landscape (SAPL).
The City of Calgary partnered with SAPL to develop a temporary, experimental installation called Calgary 9 Block, under the supervision of Professor Mauricio Soto-Rubio and robotics specialist Guy Gardner. A team of students designed and built a 21-metre-long lightweight wooden canopy equipped with fully interactive 3D printed lighting fixtures. In contrast with other initiatives in the area based on fences, anti-people spikes, security cameras, and other defensive urban architecture mechanisms, Calgary 9 Block is based around the concept of inclusion. The canopy defines and activates the space beneath it and provides an extra degree of weather protection along the façade of the architecture school.
Despite the temporary nature of the installation, the design response resulting from a year of research, took into account all the implications, from the extreme weather conditions to the connection system of the structure, through to the biodegradable plastic used for the colourful LED lights, fitted with sensors that playfully respond to pedestrians walking underneath. The cantilevered parallel-strand-lumber beams support a series of undulating slats made with plywood specifically purposed for long-term outdoor use. These pieces were fabricated following a strict zero-waste policy to optimize the resources.
The Calgary 9 Block project demonstrates how design schools can actively collaborate with local government agencies to target real-life issues affecting cities. Jonathan Monfries, an architecture student who participated in the project, described this experience as fundamental. ““As students, being able to work through various iterations of the design, to make real-world decisions, and to work with contractors to assemble the design we proposed provides a learning opportunity not possible in a classroom,” Monfries says.
We hope that the Canadian example can pave the way for more of this kind of collaboration, to the advantage of citizens and of architecture students who can test their skills in real life. 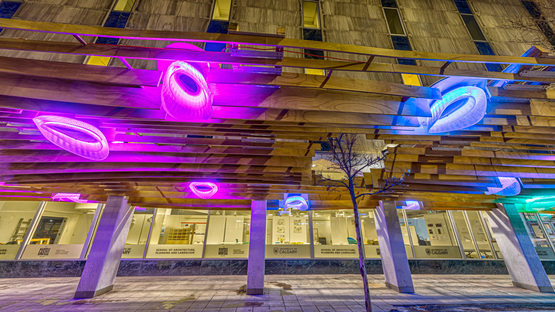 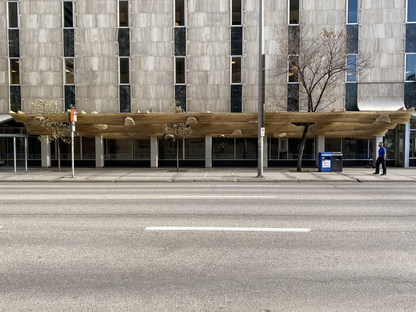 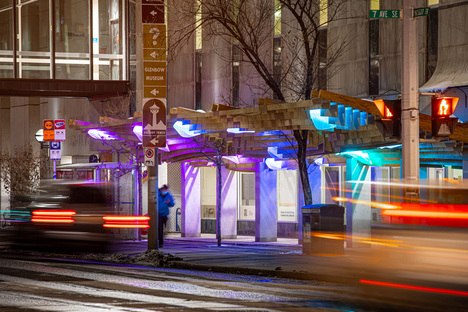 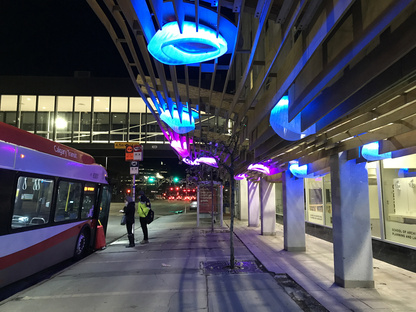 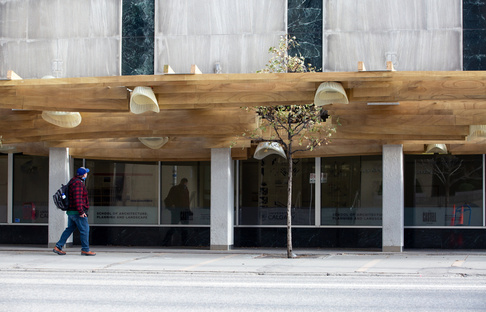 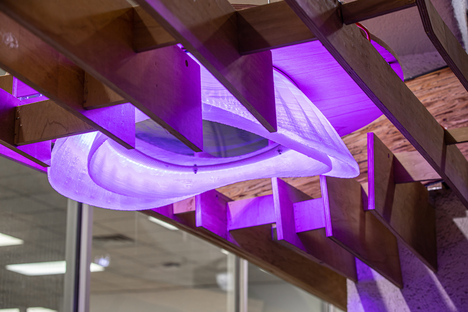 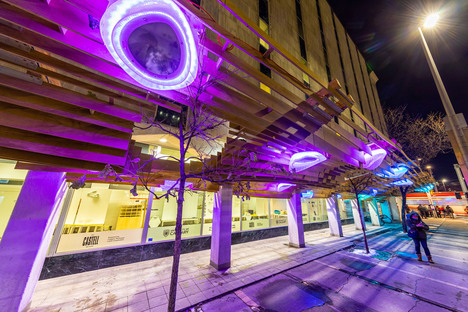 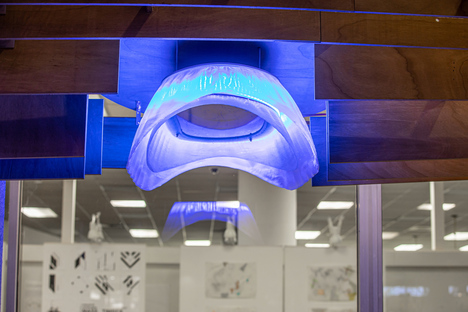 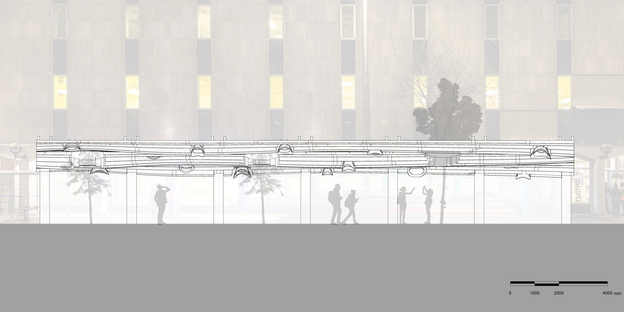