Nano Valdés and his treehouse

There's no point denying the timeless attraction of the treehouse for young and old alike.

There's no point denying the timeless attraction of the treehouse for young and old alike. And if it's built in an attractive natural environment - like the house created by sculptor Nano Valdés in Majorca - then the end result is a sculpture for sustainable living. 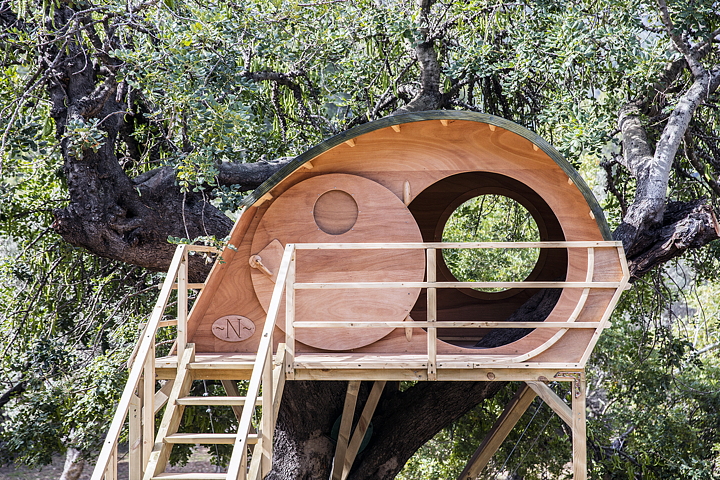 Treehouses are one of the major themes of building in nature and are considered the consummate “green”. We have already shared these projects with our readers but the house created by Spanish artist Nando Valdés on the country property of Marga Bauzá in Estellencs, Majorca is really special because it has been designed as an architectural response to the host tree.

The shape of the tree defines the design, starting from the bearing posts fitted into natural holes at the bottom of the tree through to the walls nestled in the branches. All done without any screws or nails that could hurt the tree.

To create his 2.50 x 3.00-metre house, the artist has only used natural materials like pinewood and Okoumé marine plywood that does not require any special treatment. Olive wood has been used for the door hinges and latches.

Despite his great respect for nature, perfectly satisfied in the design of the house, Nano Valdés isn't tied to a rustic language, which is often the case for this kind of architecture. Instead, this house has a rounded roof to respond to the strong easterly and westerly winds. This gives the house a streamlined, contemporary appearance, marine-like, emphasised by the round openings, just like the portholes on a ship. 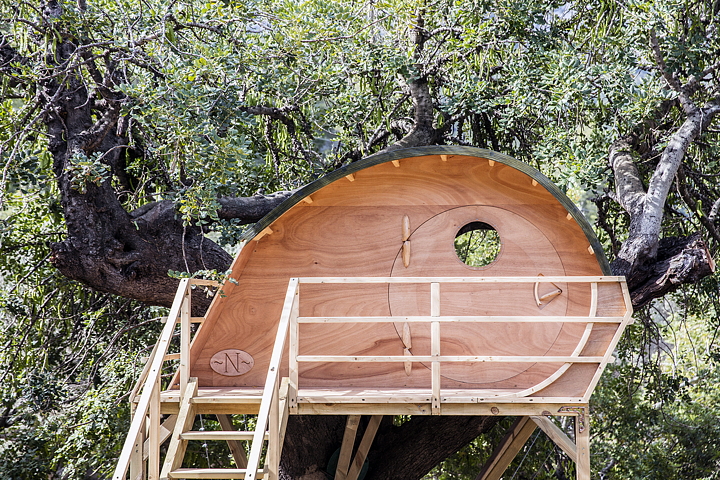 With his treehouse, Nano Valdés demonstrates that you can make your childhood dreams come true without falling into the stereotype designs of these constructions, and more importantly really considering the star of the show - the tree that houses the house.