The Moomin Museum in Tampere, Finland

If you're visiting Finland, you might like to drop into the Moomin Museum that has reopened in Tampere. If you're visiting Finland, you might like to drop into the Moomin Museum that has reopened in Tampere. The white, hippo-like Moomins are Finnish literature characters created by the Swedish‐speaking Finn, writer and artist Tove Jansson now have a new museum dedicated to them!


If you ask children what they know about Finland, their answers are always twofold - Santa Claus, whose house is in the Lapland town of Rovaniemi - and the Moomins. Or maybe you or their grandparents are the ones who know the Moomins, because the Moomin family and their friends - who live an adventurous life in the idyllic and peaceful Moominvalley in harmony with nature - have existed since the 1940s, when they were created by Tove Jansson (1914-2001), Finnish writer and artist who was part of the Swedish speaking minority.
Until 1980, she wrote and illustrated more than 30 books narrating the adventures of these white, roundish fairy tale characters with large hippo-like snouts.
After the initial success of the comic strips and books, Moomins grew into a worldwide phenomenon through puppet animations and Japanese-style cartoons. So much so that today the Moomins adorn the wings of Finnair, the iconic mugs of Arabia and high-quality bedding of Finlayson, to name a few: the Moomins are a real brand and messenger of Finland.
In Finland itself, a theme park called Moomin World is located in the tourist town of Naantali on the Baltic Sea.
Whereas Tampere hosts the museum of the Moomins. Until 2016 it went by the name “Muumilaakso” (Moominvalley) and was located on the ground floor of the city's art museum. In June 2017, it reopened in Tampere Hall, one of the largest conference centres in Scandinavia, designed in 1990 by architects Sakari Aartelo and Esa Piironen. Here, alongside a shop that sells all the Moomin books in every language, Tove Jansson's original artworks are displayed alongside detailed models of scenes from the books by artist Tuuliki Pietilä, including Moomin World and Moomin house. This is a painstakingly detailed five-storey architectural model standing three metres tall and built in the 1970s by Tove Jansson, Tuuliki Pietilä and Pennti Eistola and it gives young and old alike a close-up look at the life of the Moomins, characterised by an idyllic peace that would be a treat to rediscover in our real world. 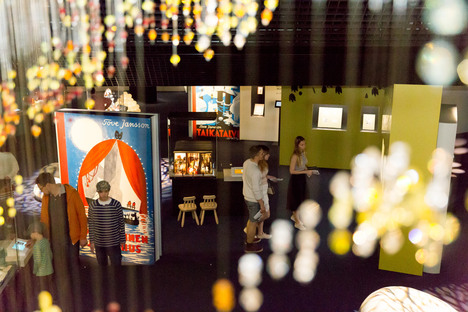 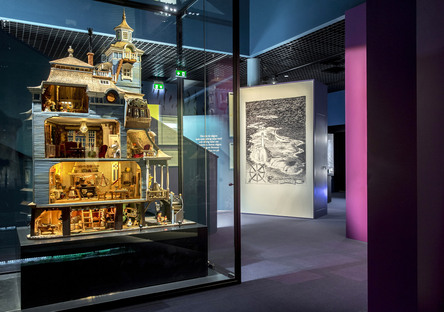 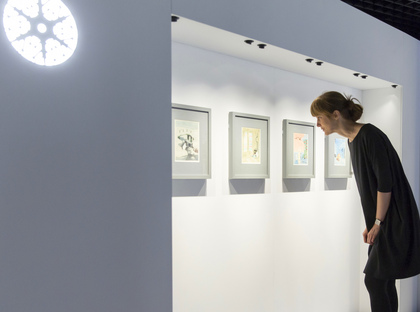 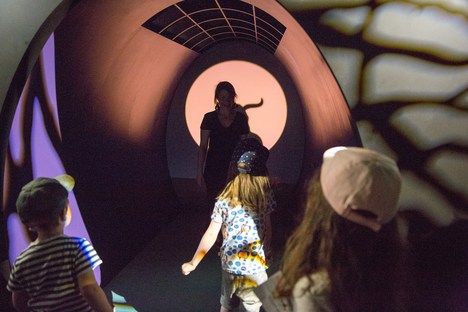