A new wooden bridge at the Gulou Waterfront eco-cultural tourism resort in Jiangmen, in the western part of the Pearl River Delta in China, is a symbol of the revitalisation of this area. The infrastructure, designed by the LUO architecture studio, re-proposes the ancient Chinese tradition of the covered bridge as an icon of the structural change taking place. Here at Livegreenblog, our fascination with infrastructure never gets old, as in many cases these works are considered minor, while on the contrary they often have a socio-cultural impact that goes far beyond any formal aspect of the actual work. This is precisely the case with the wooden bridge designed by the LUO Studio, a young Chinese architecture firm. The team of architects, under the direction of Luo Yujie, were commissioned to build a bridge inside Gulou Waterfront, an eco-cultural tourism resort developed as part of the rural revitalisation promoted by the government. Because with the rapid urbanisation in the Greater Bay Area of Guangdong-Hong Kong-Macau, many local villagers have abandoned the traditional fishing lifestyle in favour of a more urban life. The water villages where people historically earned their living by fishing are thus gradually disappearing.
The government-run initiative therefore looks to combine rural development with the cultural background of local villages in this area, based on the principle of preserving the unique spatial fabrics characterised by water. This is precisely why the Gulou Waterfront resort has been designed to maintain the shape of the basic local water system, made up of canals and basins, while organically also integrating other themes such as nature education, recreation as well as fishing and breeding activities.
In this unique context, bridges play an important role, facilitating the connection of the various fragmented settlements separated by canals and small dams. The LUO Studio thus carefully analysed the place of the intervention and its traditions in order to propose an infrastructural solution that was both functional and beautiful, becoming a landmark in the territory. The new bridge sits at the meeting point between an area characterised by traditional shopping streets and a children’s recreation area. To stress this connection between areas intended for different use, the LUO Studio conceived a wooden bridge different from other bridges in the area, as the architects designed it to be covered, in other words with a roof. The goal was to emphasise the transition from the commercial street to the play area, making the crossing along the bridge a special moment for passers-by, young and old.
Constructing a covered corridor on bridges is, in fact, an old tradition, with the intention of strengthening the structure of the bridge and offering shelter from rain and moisture while keeping the wood dry and preventing its deterioration. The project thus inherits the traditional constructive wisdom of the covered bridge, bringing back to Gulou Waterfront the memory of the past, revised in a contemporary key. A combination that also manifests itself in the industrial materials and in the construction of the bridge itself by local craftsmen.
The new bridge created by the LUO Studio is therefore more than just an infrastructure, becoming a symbol of the desire to revive a rural town, in close harmony between history and the future. 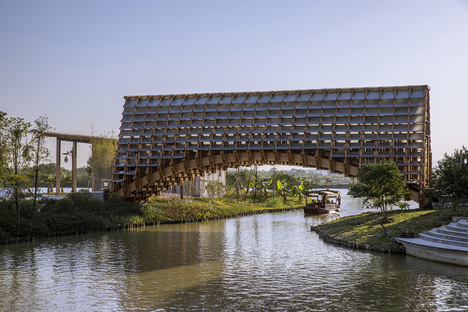 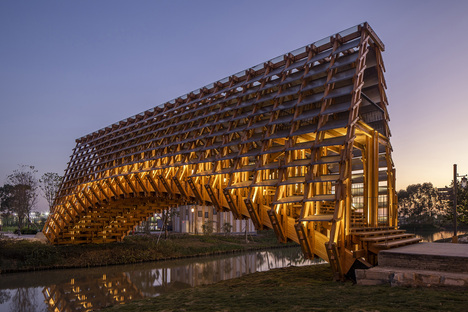 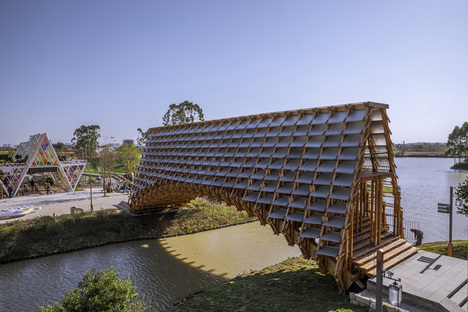 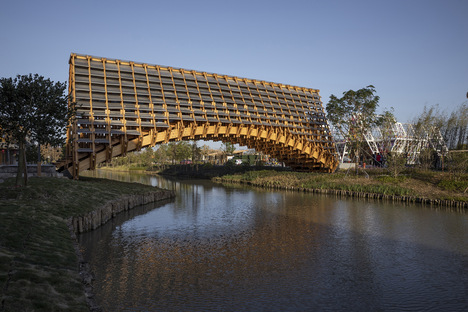 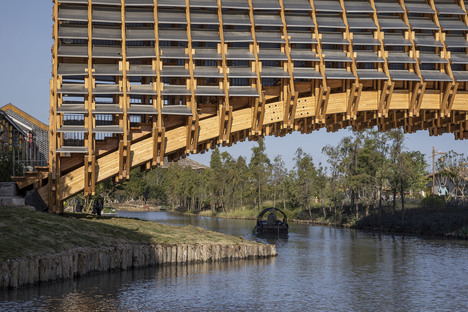 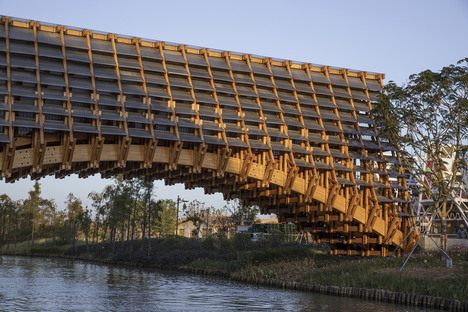 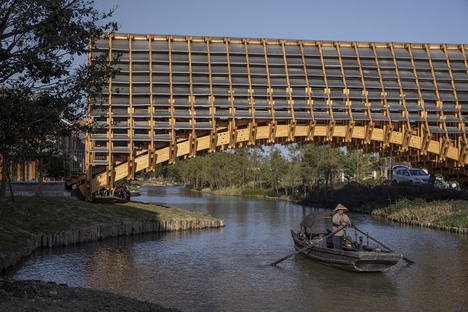 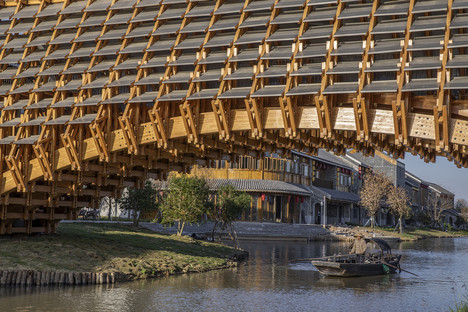 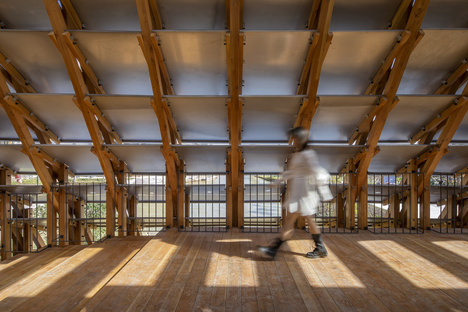 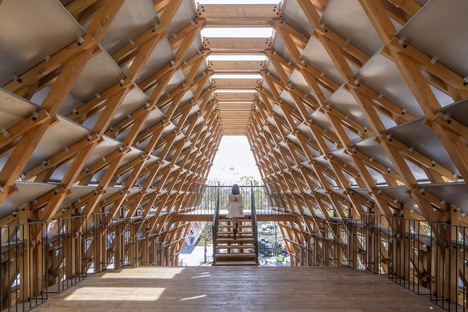 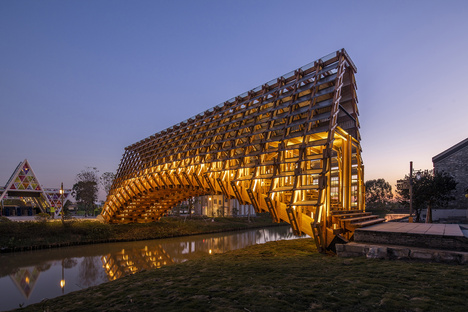