Estudio de Arquitectura Hago and the beauty of industrial architecture

The architects from Estudio de Arquitectura Hago designed an industrial architecture in Villanueva de la Serena, Badajoz, Spain, where the crisp aesthetic and clean lines of the various volumes in the complex create a harmonious result in the context. 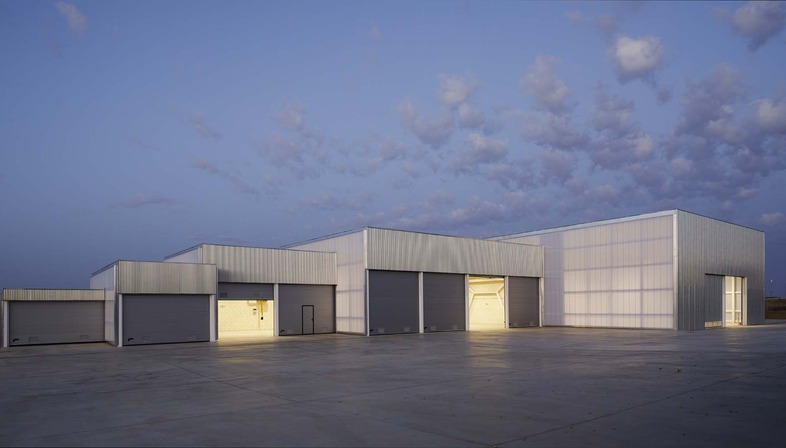 Estudio Arquitectura HAGO is a Spanish studio based in Madrid that works in the field of contemporary architecture, urban planning and design. Established in 2005 by the architects Antonio Álvarez-Cienfuegos Rubio and Emilio Delgado Martos, not long ago the studio delivered a rather distinctive project: an industrial complex located in the outer suburbs of Villanueva de la Serena, a town in the province of Badajoz, in the autonomous community of Estremadura, southwest Spain.
In 2017, the architects won the competition launched by the provincial government for the design of new, mixed-use industrial buildings with offices and storage areas.
Located along the north side of a large plot of land, in an industrial zone in the suburbs of Villanueva de la Serena, the architects from Hago saw this building plan as an opportunity to develop a formal and functional solution that would be much more than the usual trivial, nondescript shed isolated from the context around it.
The call for submissions required two industrial buildings, each with a very similar spatial layout: on the one hand, a series of specific open spaces, then a smaller area dedicated to offices, and lastly a double-height warehouse. The proposal by Estudio Hago meets these requirements by integrating the buildings into the same formal unit. The designers opted to use the site’s natural terrain to distribute the various functions of the plan in a sequence. So, to the south are the actual industrial operations, while offices and warehouses have been inserted at the north, this way also obviating the need for shading to protect the interiors from direct sunlight. These interiors have a large variety of rooms and areas responding to the various uses. They stand out for the amount of natural light as well as the way the space moves and flows, making it much different from the usual nondescript industrial sheds we so often see.
This sequential proposal for the various volumes that make up the complex cleverly breaks away from the formal monotony of the rest of the buildings around them. The succession of porticoes defines a size that meets the needs of the internal uses. Seen from a distance, the project by Estudio Hago looks like a single unit but as you get closer to it, it showcases all its variety, as if it were a cluster of buildings. The large translucent surfaces of the architecture turn it into a luminous landmark in the evenings. A solution that injects some life into the suburban zone in the dark hours of the night, creating a positive atmosphere that is usually absent in these places.
The project by Estudio Hago, photographed by Fernando Alda, therefore, shows the importance of architectural action even in contexts where we tend to expect less; places like outer suburban industrial estates where, however, the quality of the buildings and their impact, also on the people who work there, should never be underestimated. 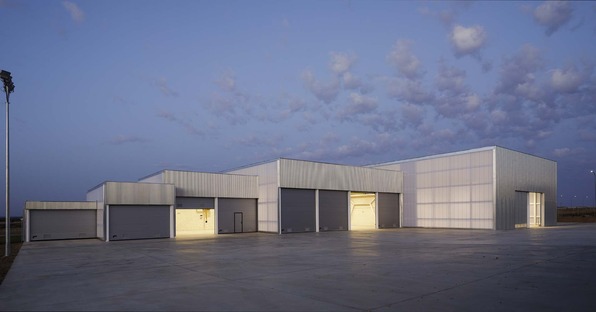 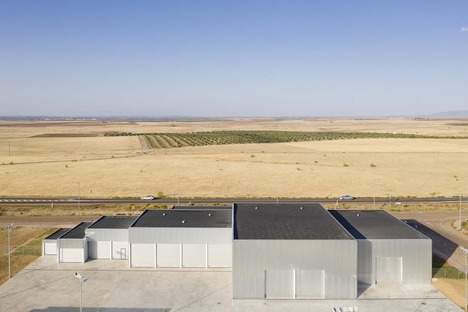 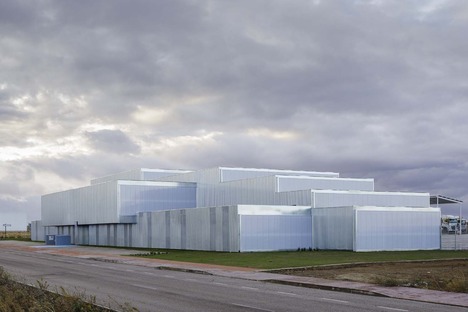 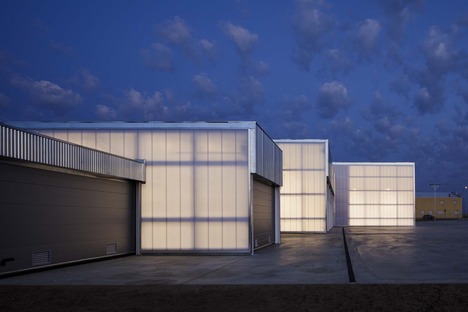 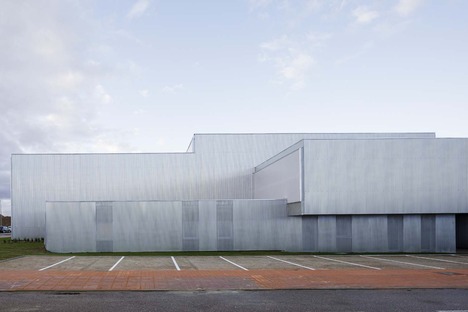 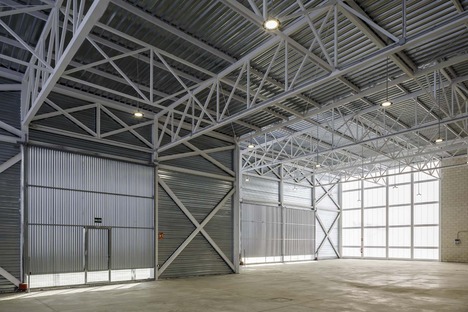 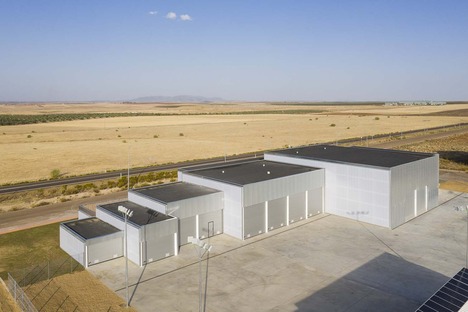 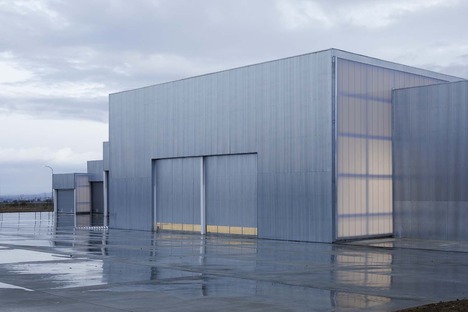 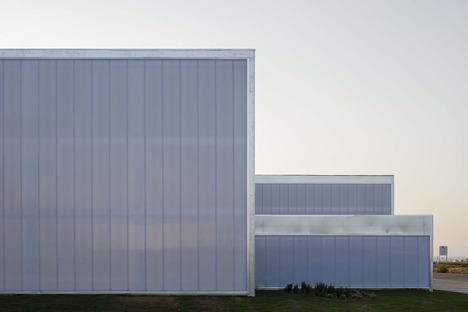 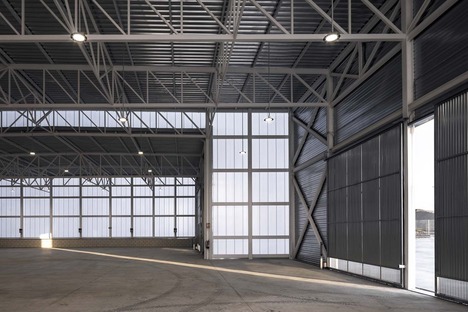