Bob Chen Design Office has completed a project to rebuild a 100-year-old village in Wuzhen. The clients wanted to harness the beauty of the town, bringing it back to life with a contemporary twist, to give new input to urbanization and use of the territory. 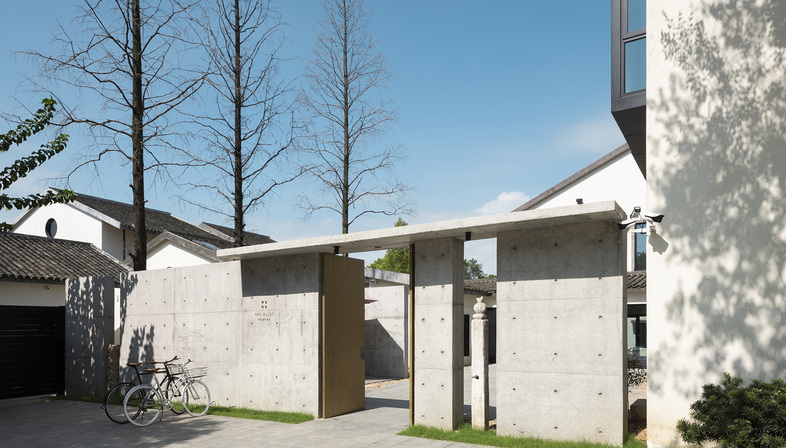 Wuzhen is a large town in the northern part of Tongxiang City, Zhejiang Province, China. It is just over one hundred kilometres south-west of downtown Shanghai, almost at the centre of the golden triangle formed with Hangzhou and Suzhou. The ancient Beijing-Hangzhou Grand Canal flows through the riverfront town, which is crossed by the Shi river and many other waterways, dividing it into four areas: Dongzha, Xizha, Nanzha, and Beizha. Its traditional buildings remain intact today even after hundreds of years of weathering and many of them were restored in the early Nineties. In 2008, Wuzhen was included among the candidates for UNESCO’s World Cultural Heritage List.
This sets the unique backdrop for the latest project by Bob Chen Design Office, who was commissioned to rebuild the ancient Tanjiaqiao Village, an opportunity to bring together rural life and local traditions with that touch of urban cosmopolitan so sought-after by the younger generations. The clients wanted this 100-year-old village to meet present-day needs, calling the project Tan Alley as a nod to its village-like concept.
Regional planning regulations and the traditional context influenced the design of the architectural space. So Bob Chen Design Office adopted a “from the inside out” design strategy, focusing on micro-transformation or breaks in the façade, texture, content, and scene, exploring how a high-quality personalized urban lifestyle could smoothly blend in with the town.
The project team consisted of designers, planners, hotel management, artists, and cross-cultural communication experts. Bob Chen took on all the core design steps, including visual design, architectural planning, spatial arrangement, interior decoration, and landscaping. This is a three-stage project. The first stage focused on the hotel, urban aesthetics and luxury experiences. All of this comes together in both solid architecture and dynamic scenes that take into account the future developments of Tan Alley.
To respond to the client brief, Bob Chen Design Office followed the guidelines for the architectural development of Wuzhen. This meant preserving the village form, restoring and coordinating the regular appearance of 15 old village buildings. The design team also injected the traditional homes with a contemporary architectural language meeting the modern hospitality and tourist demands for restaurants, hotels and culture by incorporating multifunctional solutions.
Since water plays such an essential part of the natural landscape here, the design team showcased it in the project. Stone paths that had long disappeared wind around waterways, preserving natural vegetation and adding to the original laneways. Guests step out of their rooms into nature, and a stroll along the pathways and traditional alleys crisscrossing Tan Alley becomes part of their relaxing experience.
The structure of a four-storey building at the entrance of Tan Alley is unchanged. Large windows on the first floor bring sunshine and street scenes into the lobby. The semi-open, low-profile concrete main entrance wall welcomes guests in an embrace that shuts out the hustle and bustle of the busy city behind them. The perfect start to a stay in a rural but modern world, where you can enjoy peace and quiet, and nature. 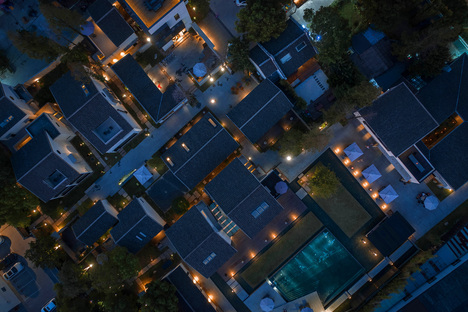 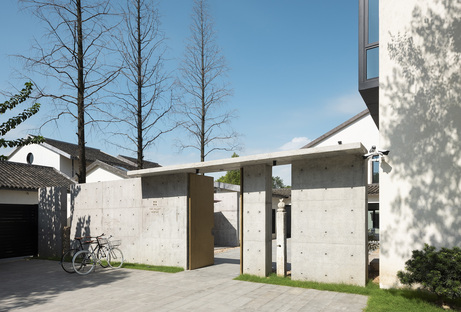 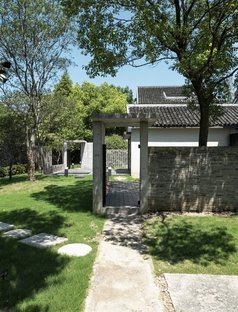 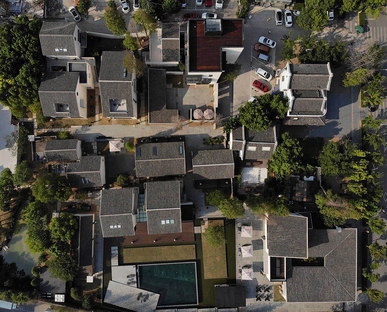 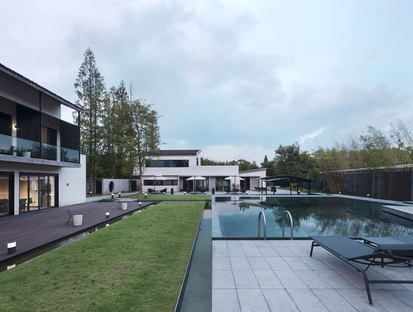 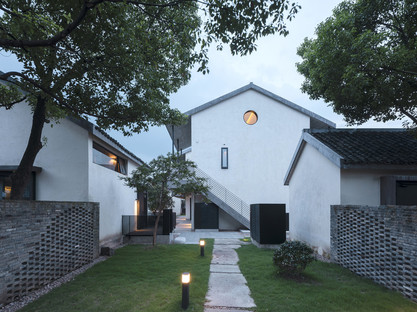 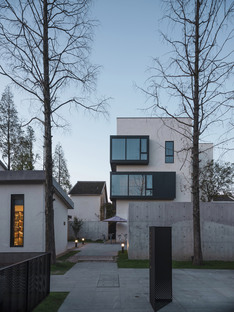 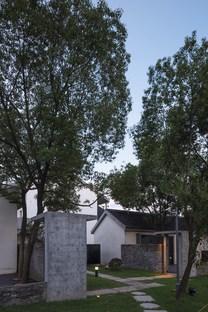 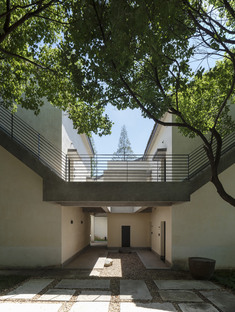 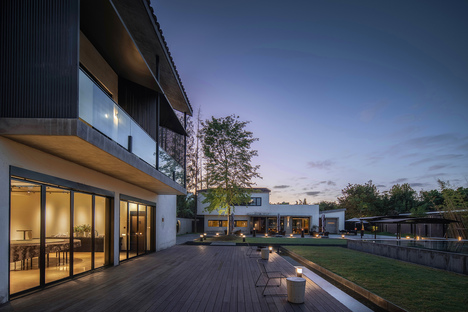 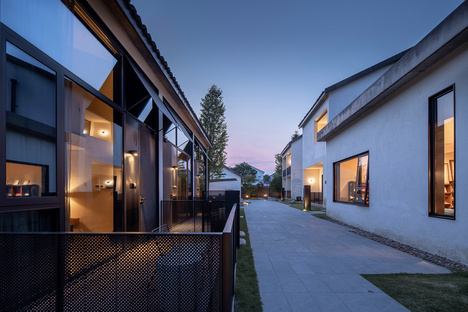 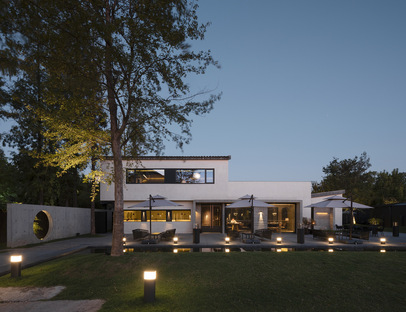 The Student Hotel in Delft, sustainable accommodation by KCAP