Beyond the chair Richard Yasmine and Khayzaran/Fairuz

Khayzaran / Fairuz, the new project by Lebanese designer Richard Yasmine explores the roots of Lebanese culture and gives a new take on a traditional object whose simple, functional lines make it perfect for the here and now. 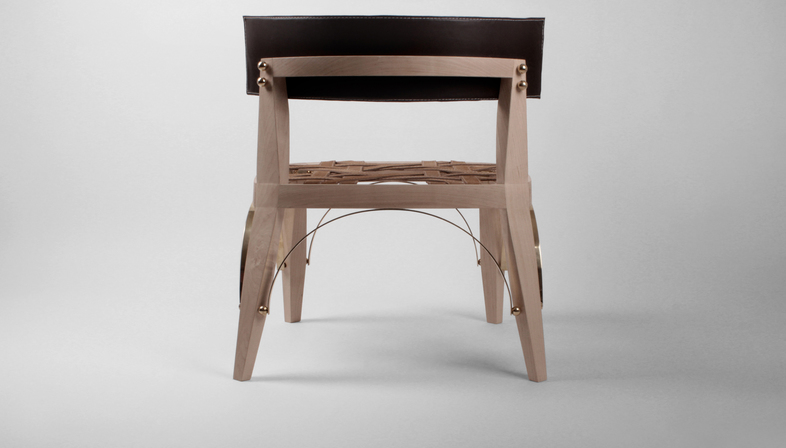 Khayzaran / Fairuz, the new project by Lebanese designer Richard Yasmine explores the roots of Lebanese culture and gives a new take on a traditional object whose simple, functional lines make it perfect for the here and now. 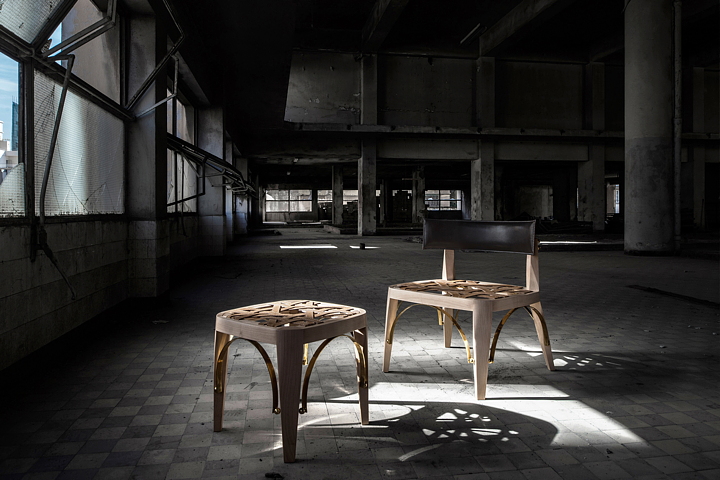 What does sustainable design mean in a constantly changing world? For Richard Yasmine one possible solution is to go back to the basics of a deep-rooted local tradition with elegant lines, approved by centuries of practical use. Not a return to the past, as such but growing a traditional style with a contemporary take, without relinquishing the wisdom of those that have been making this kind of furniture forever and a day. 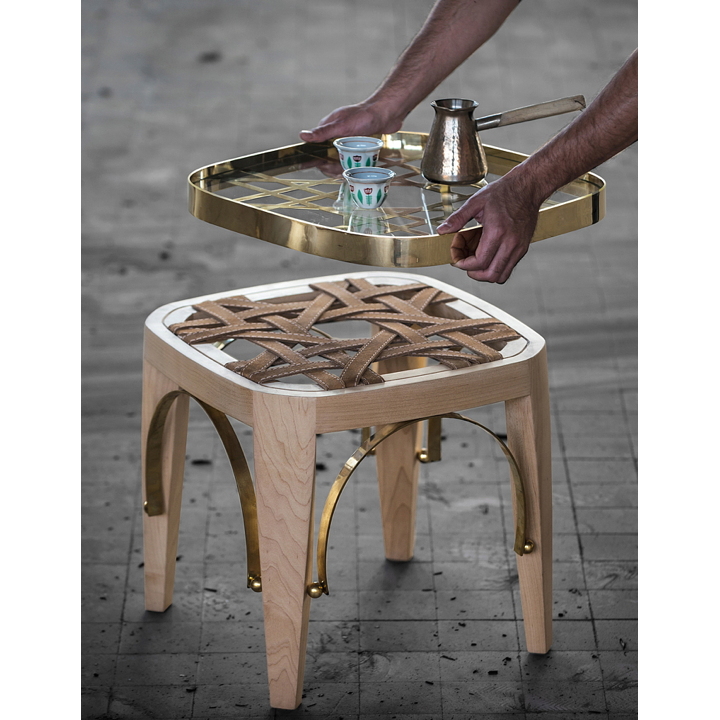 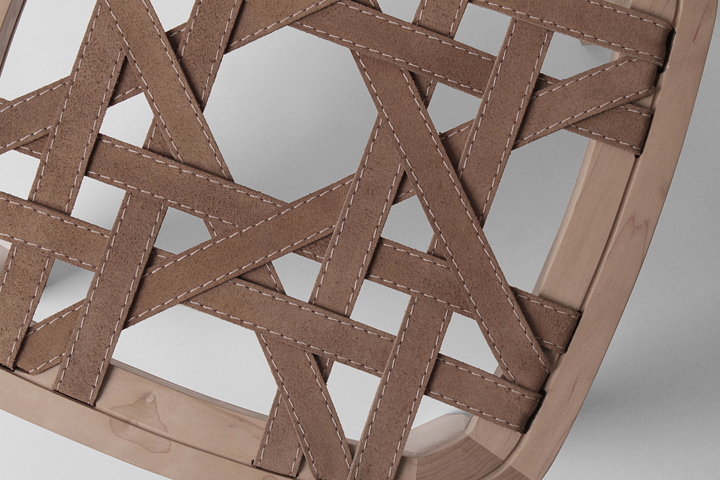 This is the background to the Lebanese designer's latest project - Khayzaran / Fairuz. The project itself is a rethink of the consummate Lebanese chair, a true icon of design, composed of  a wooden frame, four legs linked together by wooden arches, a high back, and a rattan seat in the traditional geometric pattern, all strictly handcrafted and with a timeless beauty. Richard Yasmine works on this concept using leather and brass and adding a tray that sits on top of the stool to turn it into a small table. 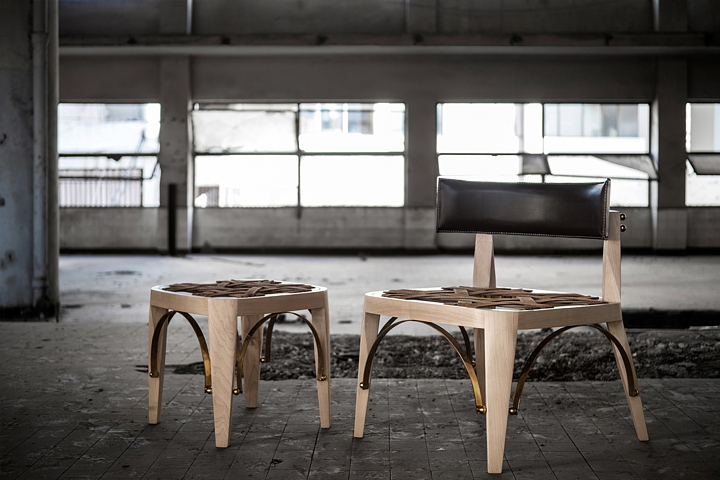 The result is a successful coupling - Khayzaran / Fairuz - which brings back to life a piece of history of Lebanese design, and with it also artisan know-how and craftsmanship. 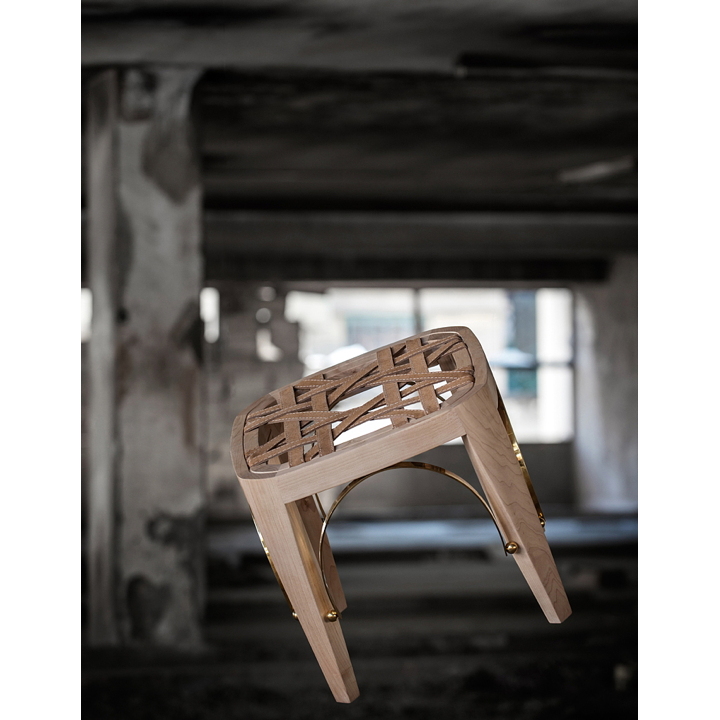 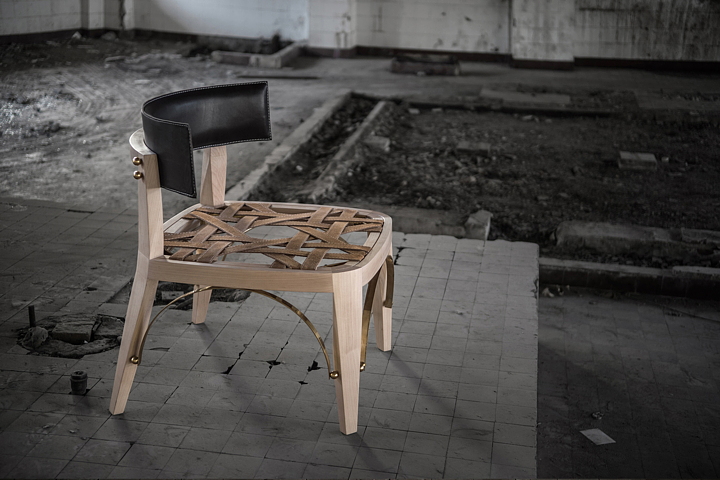 And the photo shoot explores this combination of past and present that is so dear to Yasmine. The location chosen is La Grande Brasserie du Levant, an industrial building opened in 1930 and the oldest brewery in the Middle East. It went through a number of changes until it officially closed in 2003, but now there is word of a refurbishment and conversion project for this structure in Mar Mikhael, the trendiest district in Beirut. A bit like the history of these design pieces with their enduring beauty that, not surprisingly are just perfect seen in this iconic architecture. 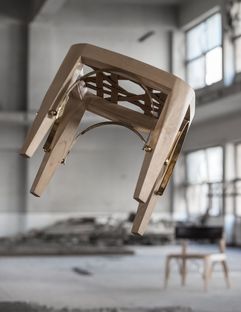 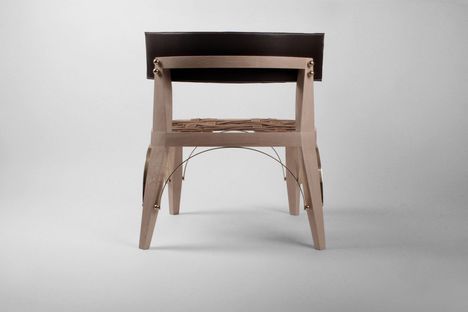 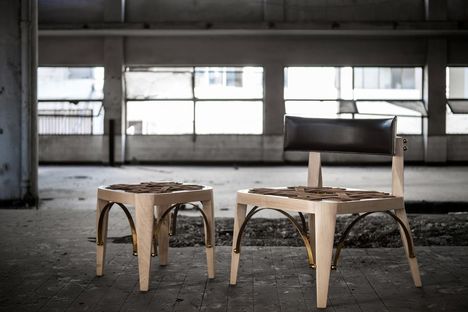 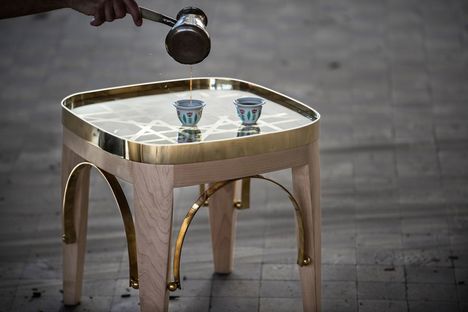 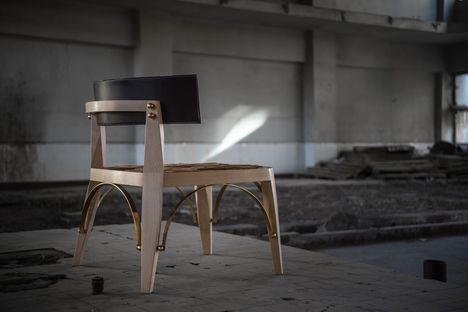 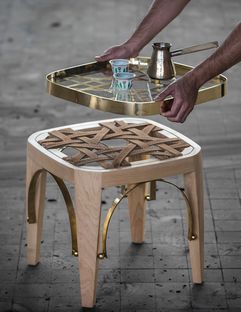 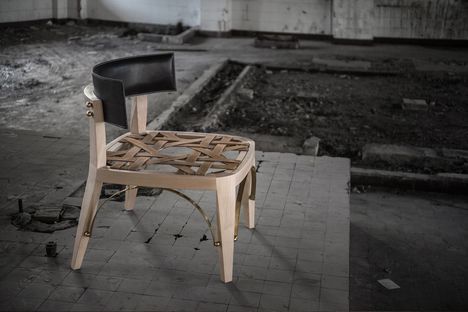 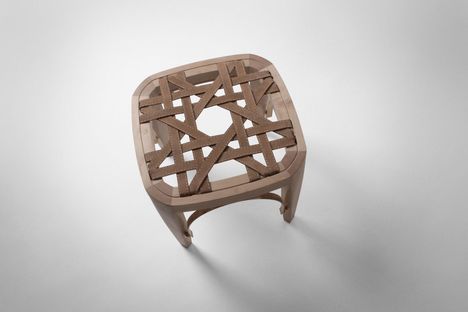 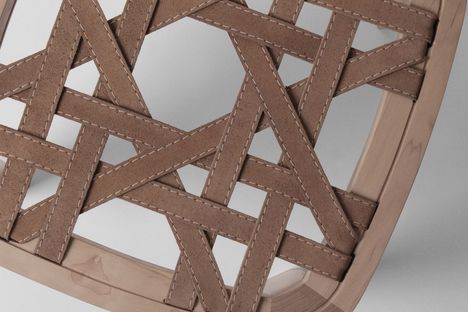 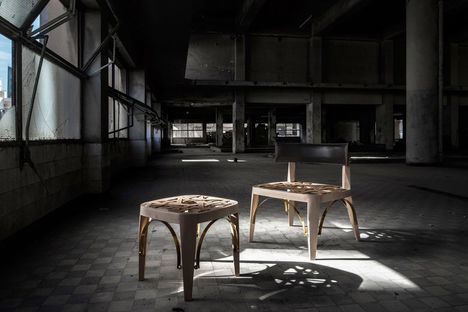 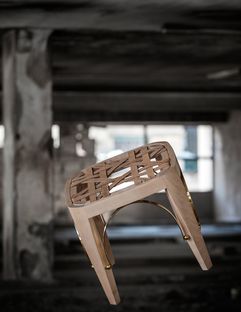