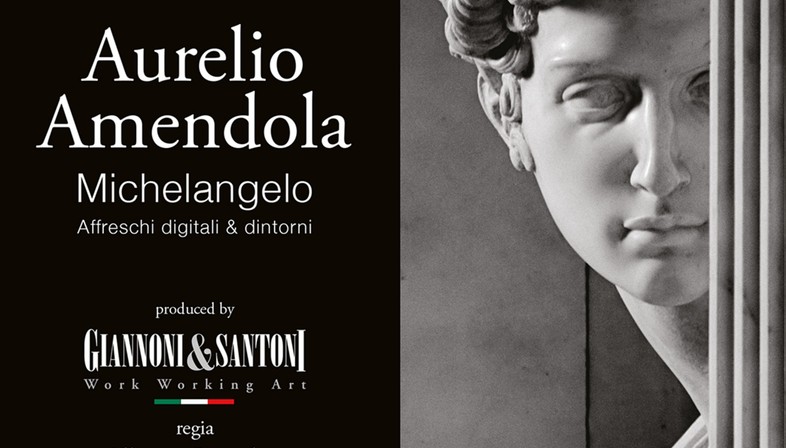 Since January 10 Galleria von Hessenbeck in Florence hosts an exhibition entitled “Aurelio Amendola: Michelangelo affreschi digitali e dintorni” (“Aurelio Amendola: Michelangelo in digital frescoes and more”) produced by Giannoni&Santoni and directed by Alberto Bartalini.
The exhibition features twelve photographs of Michelangelo sculptures taken by Aurelio Amendola. The Tuscan photographer’s images are reproduced on a variety of textured surfaces and hand-treated using the digital frescoing technique by Giannoni&Santoni.
The collection on display at Galleria von Hessenbeck in Florence is part of the “Affreschi Digitali e Dintorni”, series arising out of art photographer Aurelio Amendola’s partnership with Giannoni&Santoni, drawing on the company’s experimentation and the pioneering ideas of its artistic director, architect Alberto Bartalini. The exhibition is set up in Galleria von Hessenbeck, in Via San Niccolò, Florence, an aristocratic street in the city centre. San Niccolò is one of the oldest streets in the Oltrarno district on the south bank of the Arno, where medieval Florence waits to be rediscovered, with its massive 13rh century stone walls and cobblestone streets. Ian von Hessenbeck opened his gallery here in 2016, on the street known as the “street of silver” for its artisans’ workshops.
Galleria von Hessenbeck is Ian von Hessenbeck’s personal Wunderkammer, or chamber of marvels, mirroring his esoteric and aesthetic spirit.
The gallery measures about 200 square metres, in contemporary style with high walls painted black to create a refined, sensual atmosphere perfect for showing artworks of great emotional impact such as those created by Aurelio Amendola. 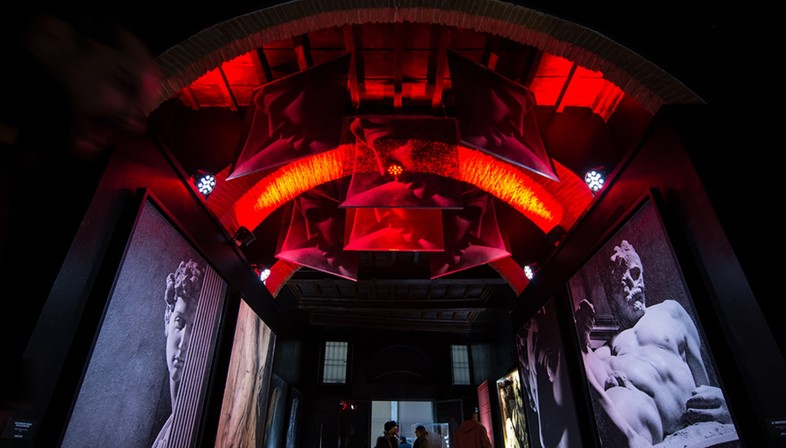 Aurelio Amendola, a world-renowned photographer from Pistoia and a member of the Accademia delle Arti del Disegno, is best-known for his art photography; his lens has immortalised such prominent contemporary artists as De Chirico, Lichtenstein, Pomodoro, Schifano, Kosuth and Warhol. His passion for twentieth-century art has a human dimension due to the photographer’s personal encounters and friendships with a number of artists, giving rise to important monographic works focusing on contemporary painters and sculptors such as Marino Marini, Alberto Burri, Manzù, Fabbri, Ceroli, Vangi and Kounellis.
Amendola is also known for his photographs of sculpture, an area in which he has developed a great sensibility, documenting a number of famous Italian Renaissance sculptures. He is renowned for his photographs of works by Jacopo Della Quercia, Michelangelo and Donatello, as well as individual masterpieces such as Giovanni Pisano’s pulpit in the Pieve di Sant’Andrea in Pistoia and friezes by Andrea della Robbia at Ospedale del Ceppo in Pistoia, Santa Maria della Spina and the Baptistery in Pisa, and St. Peter’s Basilica in the Vatican.
In recent years the photographer has focused his attention on the sculptures of Michelangelo, which he photographs in black and white. Amendola’s images have a strong emotional impact, bringing Michelangelo’s classic figures into the present day and underlining their plastic power and refined execution. He has been photographing Michelangelo’s work since the early ’nineties, producing the volume “Un occhio su Michelangelo. Le tombe dei Medici nella Sagrestia nuova di San Lorenzo a Firenze dopo il restauro”, winner of the 1995 “Oscar Goldoni Prize”, as well as subsequent photography exhibitions such as the one held at the Hermitage in Saint Petersburg in 2007 and new books such as “Wonderful, Michelangelo: La Dotta Mano” published in a limited edition by FMR in 2008. 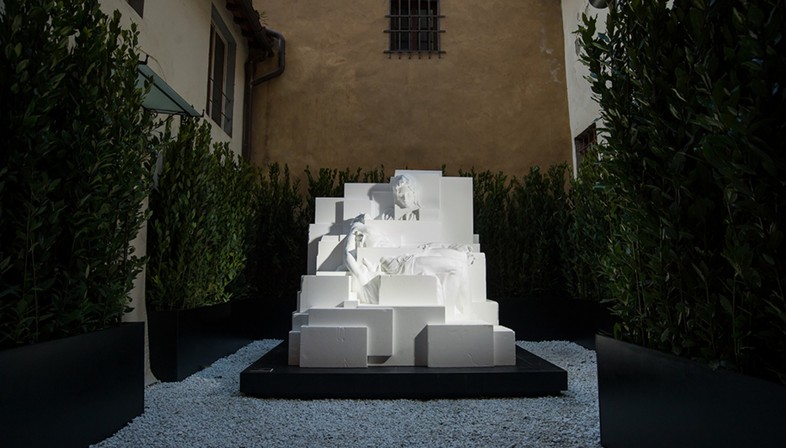 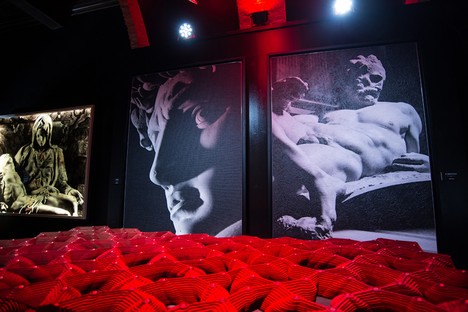 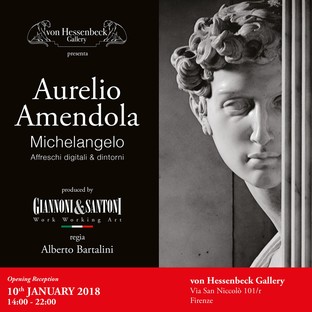 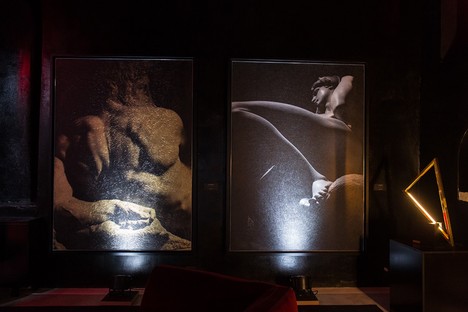 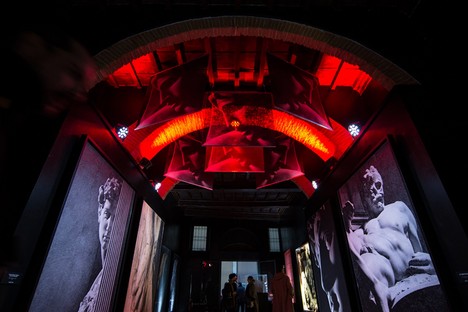 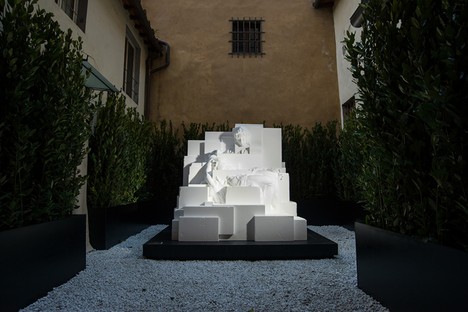 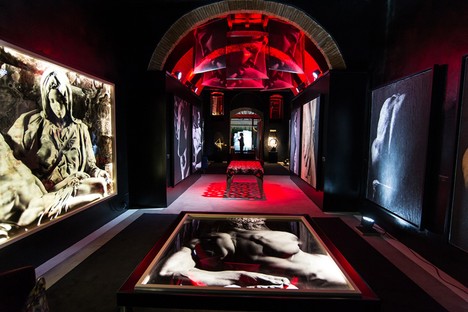 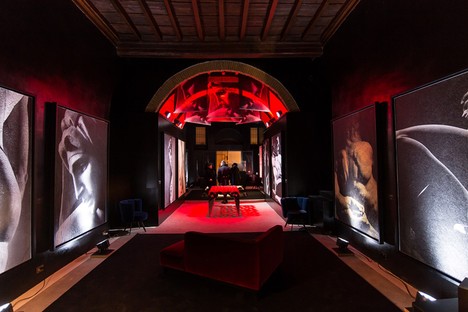 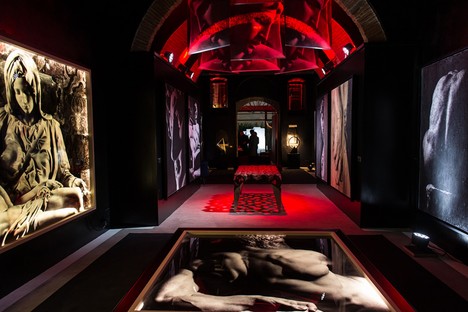 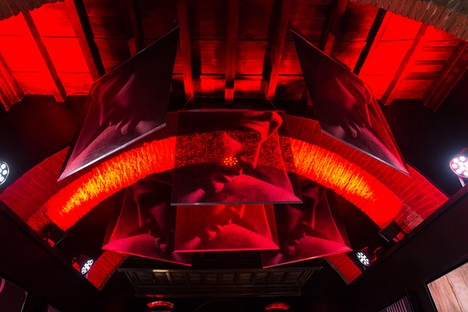